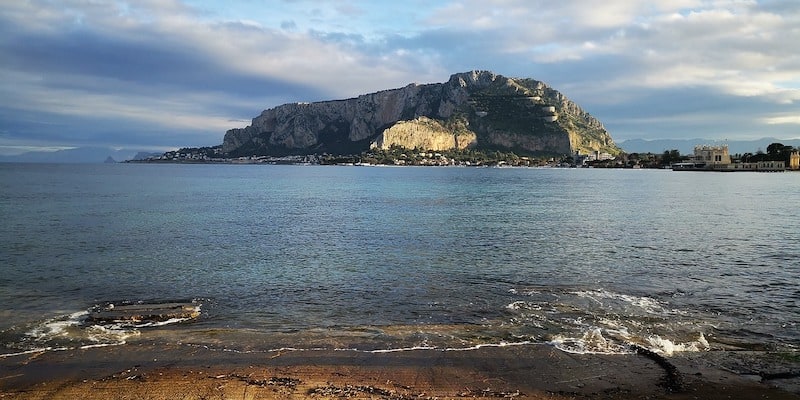 Sicily is the largest island in the Mediterranean, just off the southernmost tip of the Italian boot. Because Sicilian summers tend to be long, hot, and dry, many residents of Palermo, the capital city of Sicily, escape the heat and stresses of urban life by retreating to Mondello Beach, a little more than 10 minutes away by car or taxi.

Italy is a country that is almost entirely surrounded by the sea, with some 5000 miles of coastline. So it’s not surprising that during the dog days of August, when most Italians that go on vacation, many of them head to the beach. 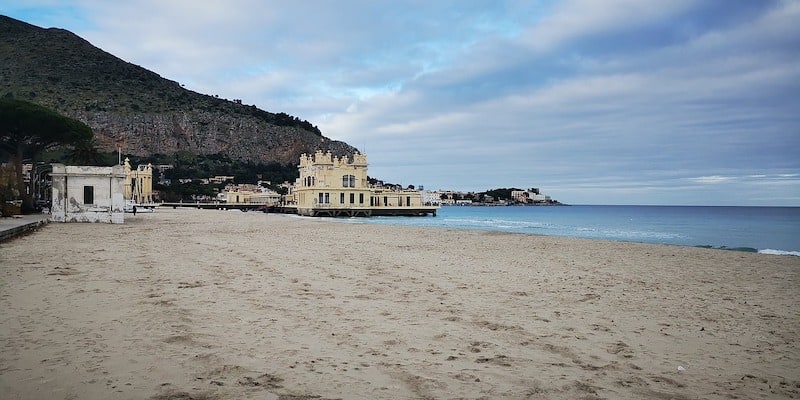 Mondello Beach before the crowds (Pixabay)

The term “Ferragosto” refers to the religious and national holiday in Italy, Assumption Day, that falls in August and celebrates the Catholic Feast of the Assumption of Mary. While most museums and cultural institutions remain open at that time, most non-tourist-related businesses close down so Italians can take their vacations.

The holiday extends well beyond August 15th alone, because depending on one’s employment, some Italians take off the long weekend, others take off two weeks, and some take off the entire month of August. With the influx of tourists visiting Italy from outside the country, the autostrade (Italian tolls roads) are jammed with cars during this period of time, especially on that weekend, with everyone headed to the lakes, mountains and shore.

Naturally, this is also one the most crowded times at Italy’s beaches. In fact, summer beach-going seems to be so ingrained in Italian culture that even far-right leader Matteo Salvini recently took to the beach in what the media dubbed a “beach tour,” hoping to drum up support for his agenda at a time and place when Italians traditionally are seeking a respite from unemployment, politics and other woes. 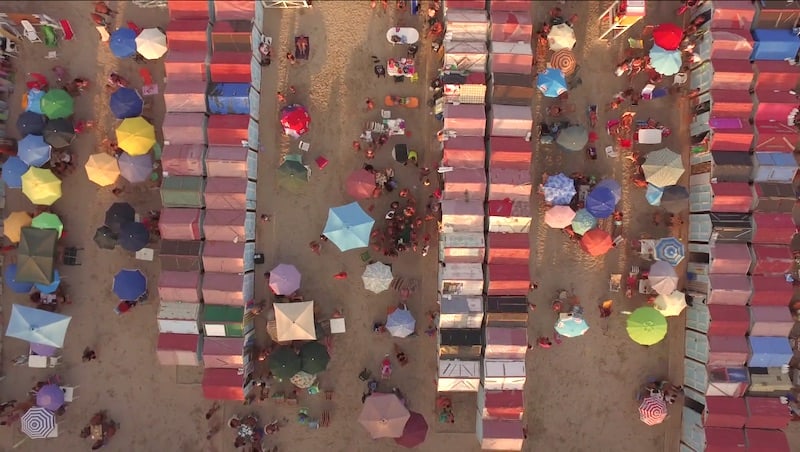 Towards the end of the 19th century, Mondello Beach became popular as a trendy getaway for the wealthy. That era is still represented by the many Liberty-style (also called Italian Art Nouveau) summer villas that remain, framing the water, and a stunning Liberty-style bathing station (now housing a restaurant and bar) that was designed by architect Rudolf Stualker in 1912.

These days, Mondello Beach isn’t quite as chic but remains just as popular. Beachgoers can rent one of the colorful, wooden huts lined up in rows for the Ferragosto holiday, and gather together with family and friends to soak in the sun and swim in the aquamarine waters of the Tyrrhenian Sea. It’s an experience that allows them to forget about any economic misfortunes. 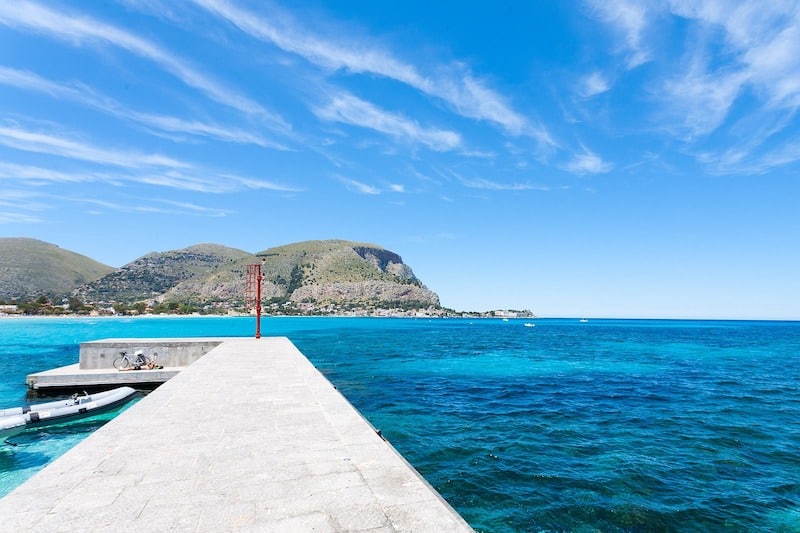 This excellent documentary, directed by a talented young Italian filmmaker, Giovanni Totaro, captures the period of time just before the Ferrogosto holiday when people are readying their cabanas.

From sunrise to sunset, this slice-of-life story captures young lovers flirting and stealing embraces; midlifers with sun-kissed complexions and paunchy midriffs; and retirees playing cards. Of course, since this is Italy, there is plenty of eating, drinking and laughing, too. All this takes place before the realities of the winter to come.

The storyline simultaneously develops three portraits: one of a family in debt, trying the dodge the tax authorities, and seeking a better life for their children; that of three women hoping to regain their vitality and youth; and lastly, a right-wing politician (Tony Serio) seeking a seat on the Palermo Council. (Knowing that this movie was made before Salvini’s beach jaunt made the last storyline feel prescient.)

Both the music and cinematography of Happy Winter add to the feeling that you’re right on the beach with everyone else.

The 60-minute film, in Italian with English subtitles and was shown at many film festivals. The documentary was named Best International Documentary at the Antenna Documentary Film Festival 2018.

You can watch the Happy Winter trailer here:

“Happy Winter is a vivid portrait of a small Italian community facing universal fears, hopes and struggles,” comments Chris White, executive producer for POV in a press release. “With a gentle approach to its subjects, the film offers a hopeful and often humorous view into the struggles confronted by everyday people, salvaging genuine connection and community within an economic crisis. Happy Winter shows us the nuanced intersections between the personal and political down to an intimate, microscopic level.”

Where to watch Happy Winter, the Mondello Beach movie: 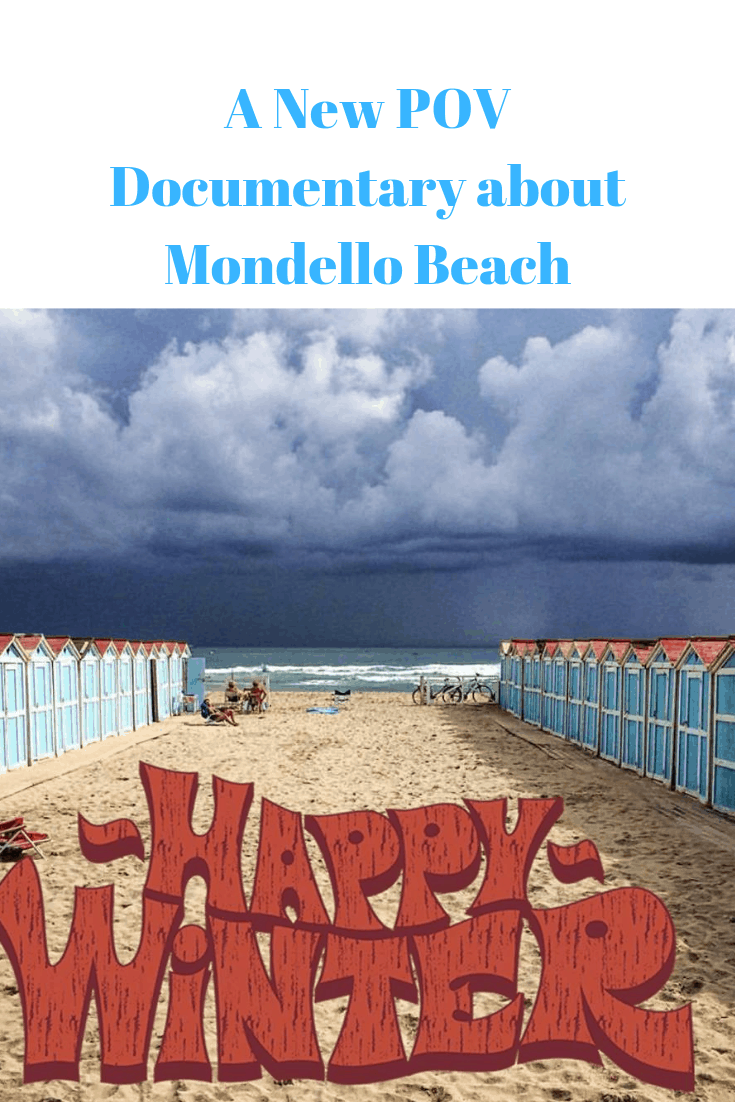 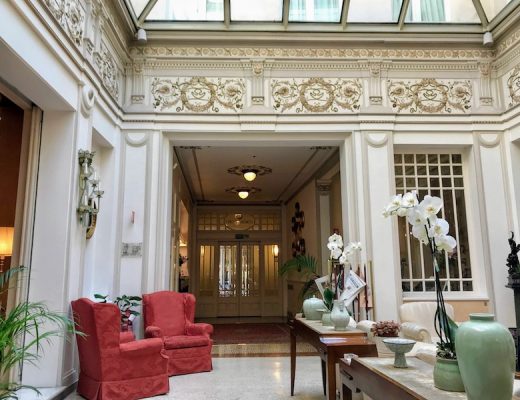 Is It Better To Stay In A Hotel Or Airbnb? 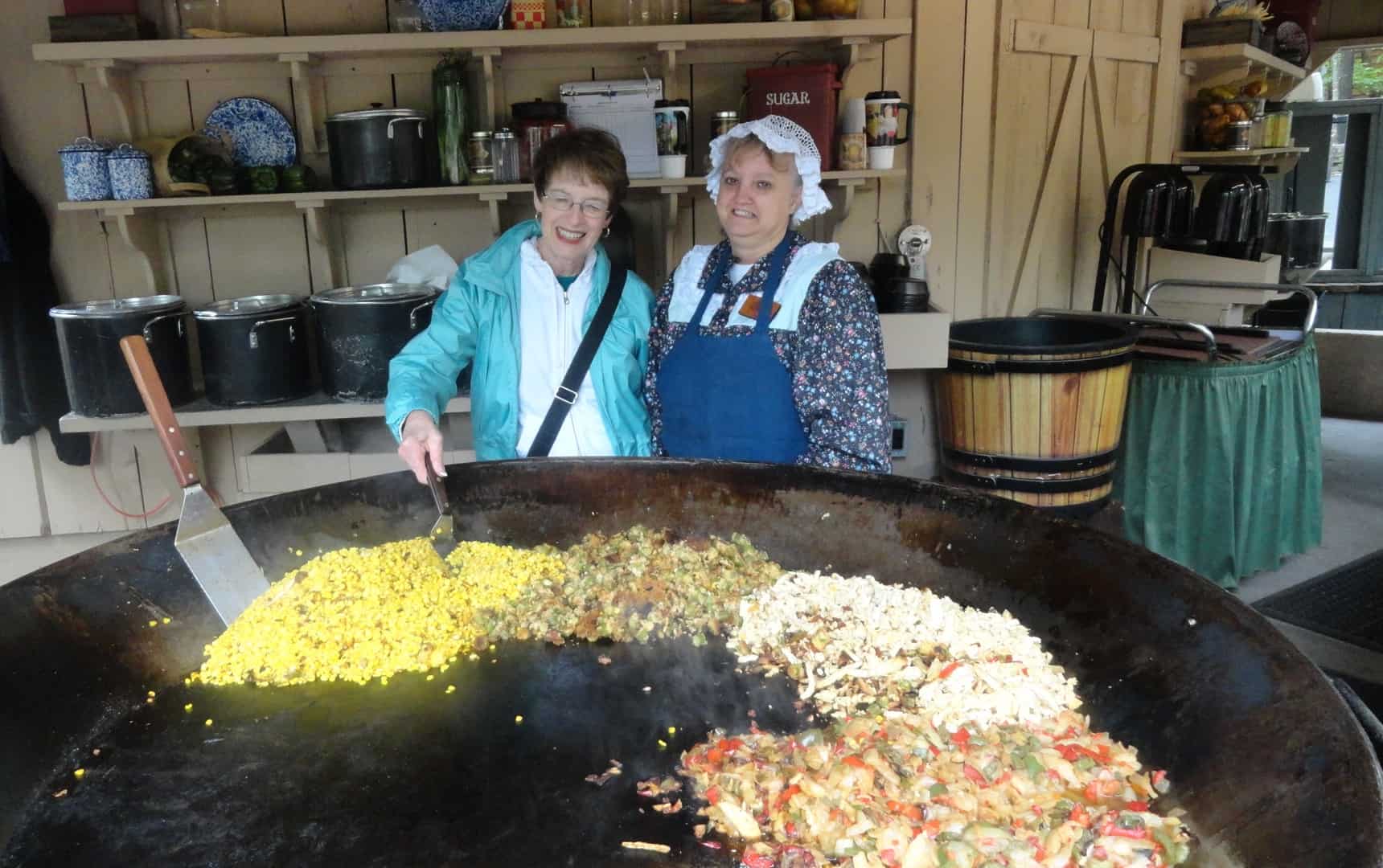 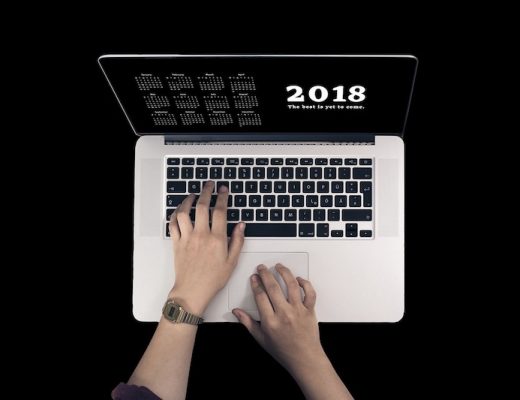 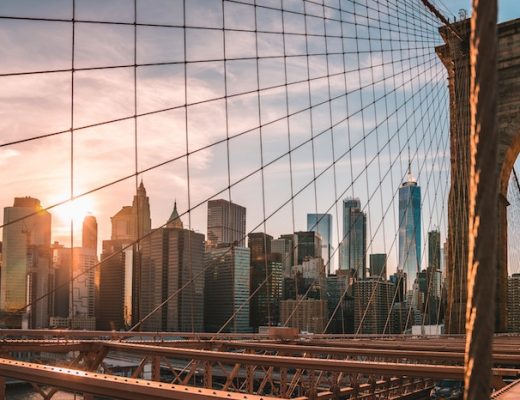 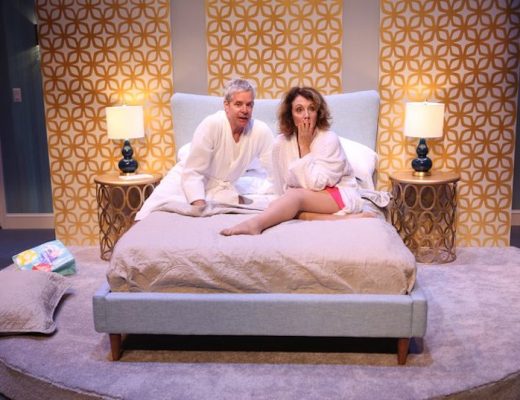