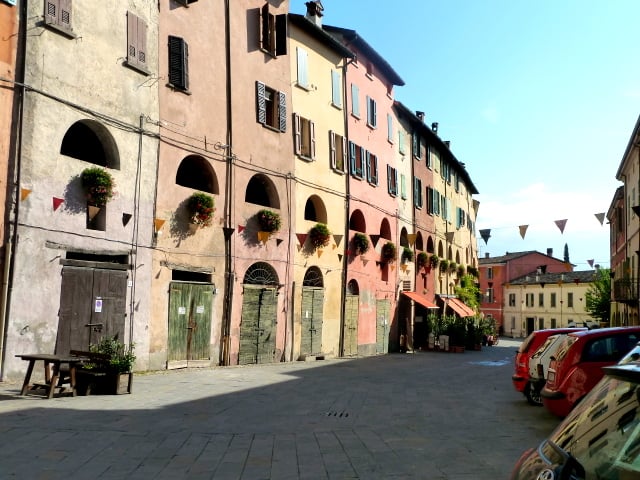 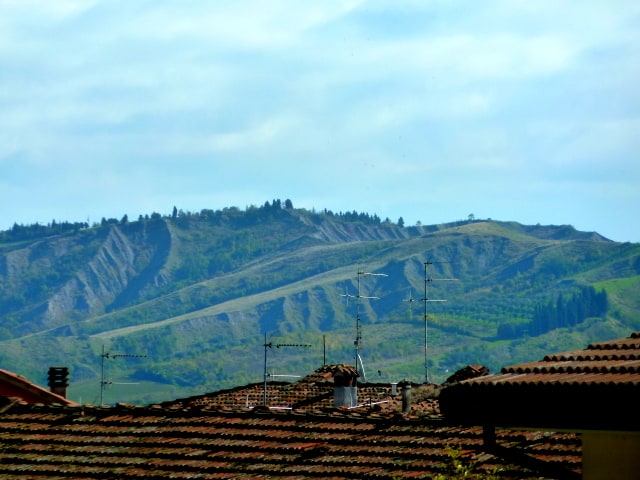 A view over the rooftops of Brisighella

For nearly 50 years, people have been drawn to the spa at Terme di Brisighella in the Emilia Romagna region of Italy. These days, travelers visiting the small town of Brisighella (population 8000) are more likely to go to sample precious extra virgin olive oils than to soak in thermal waters.

Olive oil production has boomed since 16 growers first banded together in 1962. The Terra di Brisighella cooperative now includes 800 local oil and wine producers. Not only can visitors purchase bottled products from the coop to carry home, locals can fill up their own recycled 5-gallon jugs with oil or wine delivered via wall pumps that resemble gasoline pumps at a service station. 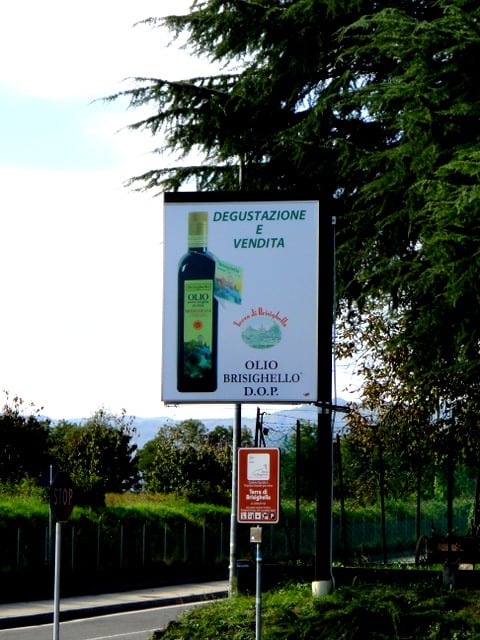 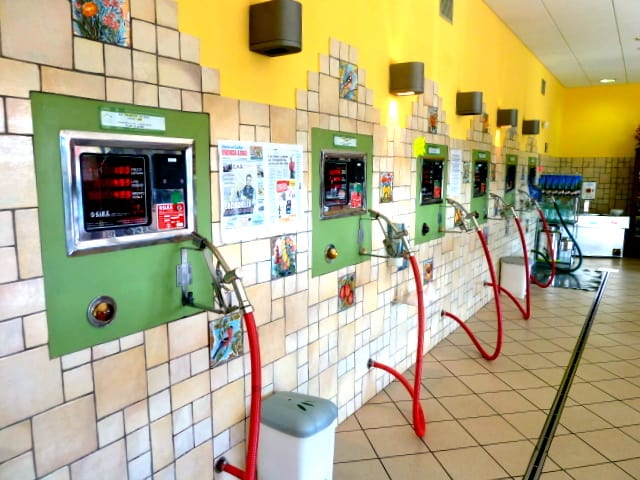 Situated about 30 miles from Ravenna (the city of mosaics) on the road to Florence (SS 302), Brisighella lies in the Lamone Valley, which is lush with kiwi and peach orchards, vineyards, and olive groves. The growers hand pick olives and deliver them to the mill where they are cold-pressed within 24 hours to ensure that the oils remain fresh and flavorful. Like fine wines, the DOP (protected designation of origin) designation certifies their quality. Known for low acidity and fruity taste, the oils come in four varieties that appeal to different palates: Pieve Tho, Brisighella DOP, Cru Brisighello, and Selezione Nobil Drupa.

In addition to olive oil, Brisighella is known for its architecture, moretto artichokes, and wines. The cobbled narrow streets of the medieval center are a short drive from the cooperative’s roadside market and showcase an important monument on each of three hills. The oldest, the majestic and well-preserved fortress called La Rocca, was built in 1310. 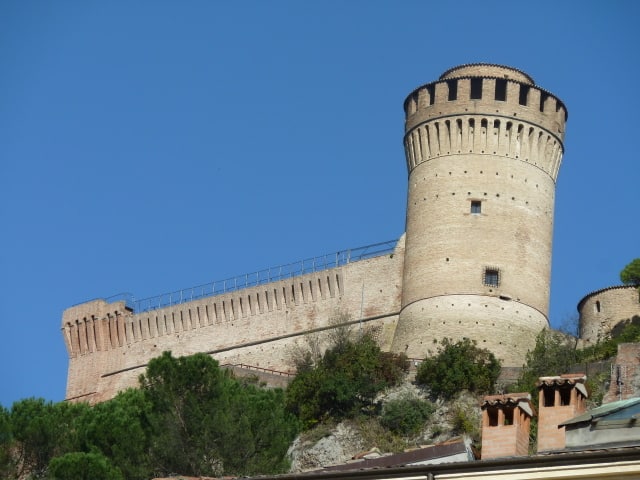 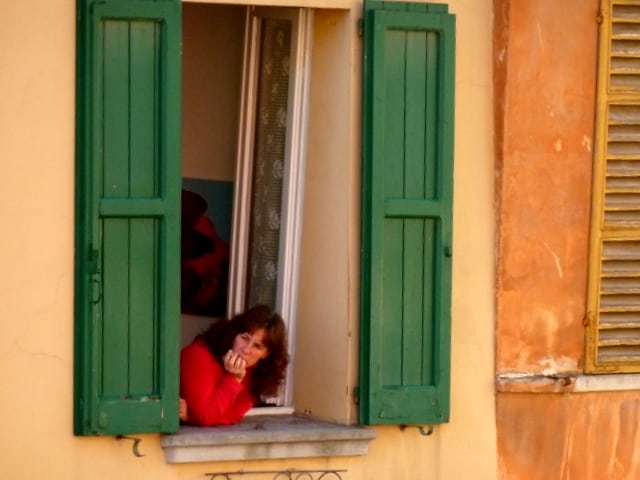 A local woman looks out her window

The Sanctuary of the Madonna is an 18th century church on a hill called Monticino. The restored clock tower, Torre dell’Orologio, rests on a medieval foundation and houses an exhibition of clocks and instruments. 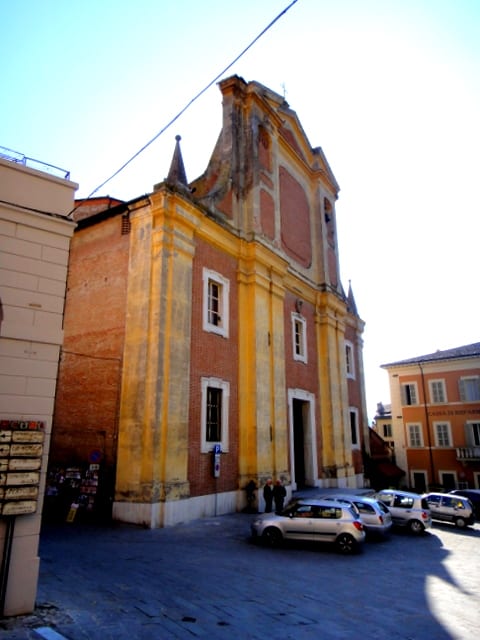 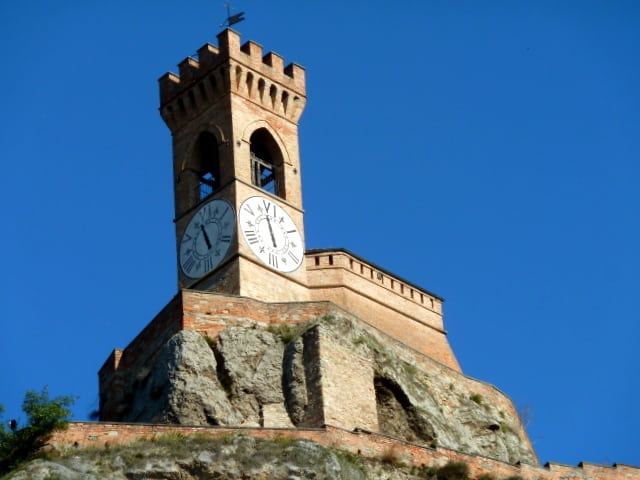 Steps away is another modern makeover: The arched Donkey Road (Via degli Asini), a unique above ground passageway built in the 1400s to protect donkeys carrying gypsum from the quarries, which has been converted into fashionable apartments.

Exterior of The Donkey Road in Brisighella 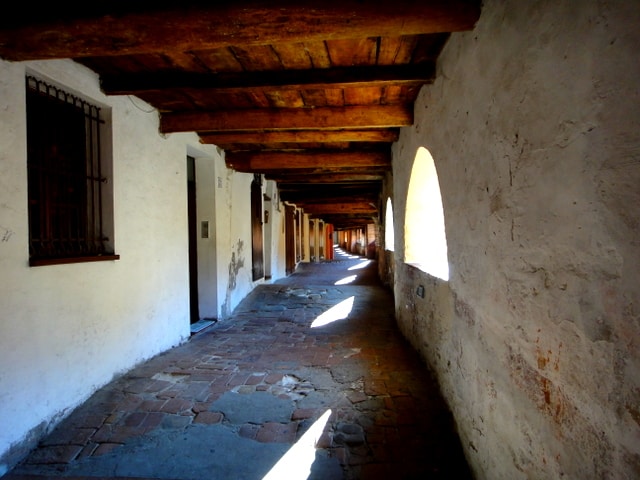 Inside The Donkey Road (Via degli Asini)

Each year Brisighella has a medieval festival in June and July, and pork processing and olive festivals in November.

[This article was published in the Chicago Tribune on February 7th, 2014.]

Prior posts about Emilia Romagna on More Time To Travel 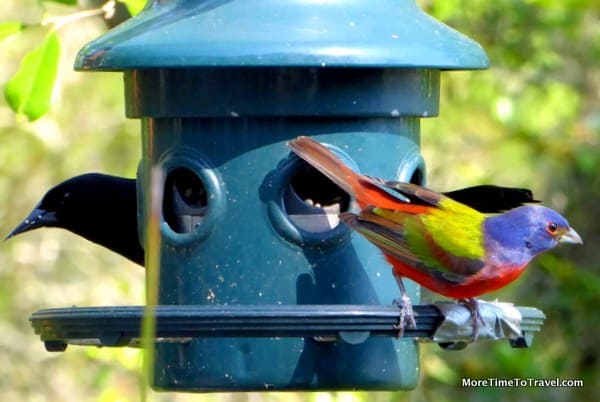 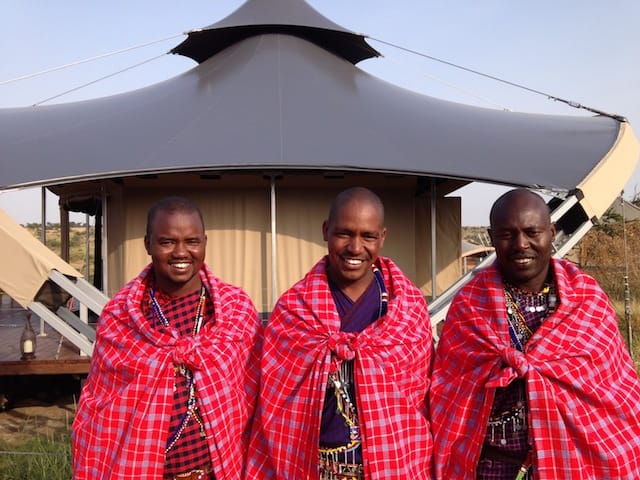 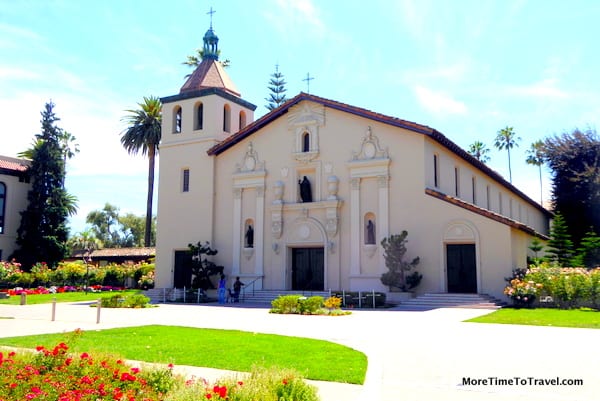