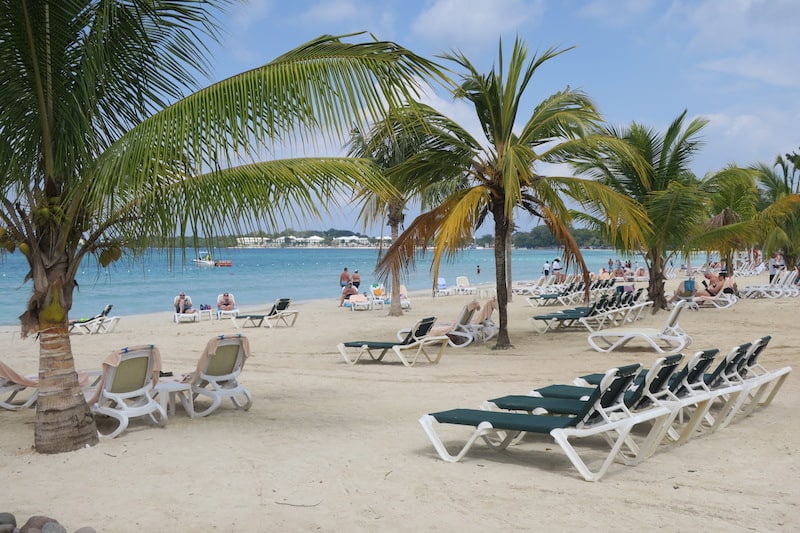 Guest bloggers John and Sandra Nowlan report on their visit to Hotel Riu Palace Tropical Bay in Negril, Jamaica, and their off-resort adventures with NexusTours.

Montego Bay, Jamaica, is a popular cruise ship stop so we’ve previously visited this tropical island as cruise passengers for a day trip. But this time we were going farther afield for a full week of sun, sand and fine Jamaican food. The music was a bonus.

After a non-stop Sunwing flight from Canada, we joined a 90-minute bus transfer from the airport to our resort, the Hotel Riu Palace Tropical Bay in Negril. The seaside route, filled with colorful houses and bustling villages, was fascinating.

The white sand beach in front of the low rise, three-story buildings of our Riu Resort was surprisingly wide with lots of palm trees for shade and more than 900 loungers, enough for every guest. Unlike many resorts, the beach was never overcrowded. Non-intrusive peddlers roamed the beach – all are public – but the roving musical entertainers were especially good. Most carried guitars and drums but one energetic soul pulled along a large double bass.

There’s no seaweed in the warm, crystal clear Caribbean water and it was totally free of rocks or coral. The water remains shallow out to the buoy barrier, no more than chest or neck high. Some like it that way but we had wished the water was a bit deeper for better swimming.

Riu has six resorts in Jamaica and, as first-timers to the brand, we were impressed with the overall quality of our Negril property.

Thanks to an extensive $35 million renovation in 2018, most of the public rooms and all of the 452 suites looked and felt brand new. Our large, comfortable room, decorated in tasteful colors of cream and beige with turquoise accents, had a partial ocean view but was still very close to the beach. 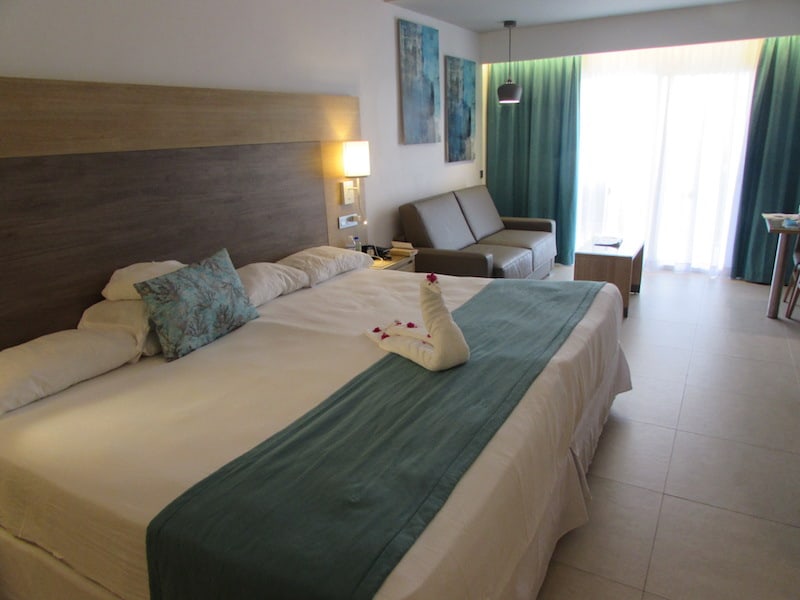 The super king size bed had great reading lights and the television included a wide variety of international channels. Closet and drawer space was generous and the large bathroom included a shower with both a traditional and rain shower head. The mini-fridge was stocked daily with complimentary sodas and beer (Jamaica’s Red Stripe, of course) and there was a bar-style liquor dispenser for rum, gin, vodka and low-end Scotch.

Excellent cuisine is vital for a top-quality all-inclusive resort and the Riu Palace Tropical Bay was outstanding. Buffets can often be boring but we were impressed with the wide variety in the main dining room, particularly the Caribbean and traditional Jamaican fare available at breakfast, lunch and dinner. Many guests stuck with North American dishes but we relished the chance to try ackee & saltfish, Jamaican patties, curried goat, braised oxtail, plantain and rice with red beans. 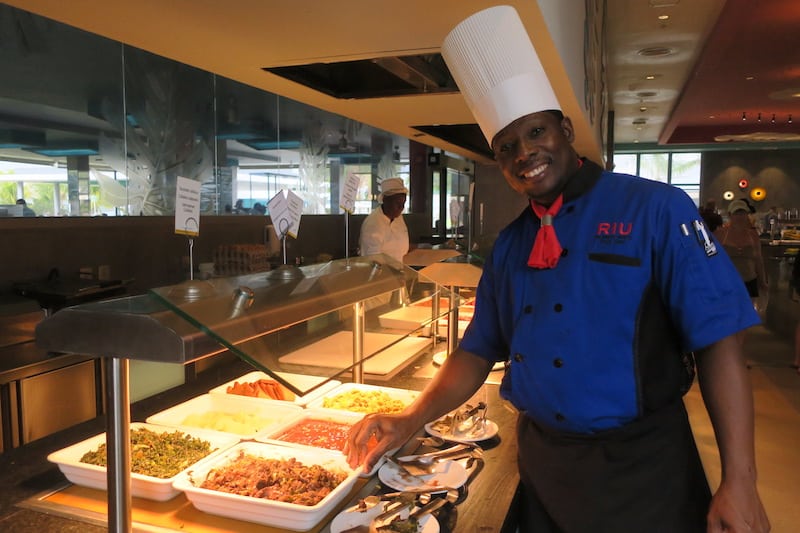 Wonderful jerk chicken is available at the buffet but there’s also a jerk shack on the beach with a superb chef, Jolly, who prides himself on his spicy and tasty product. 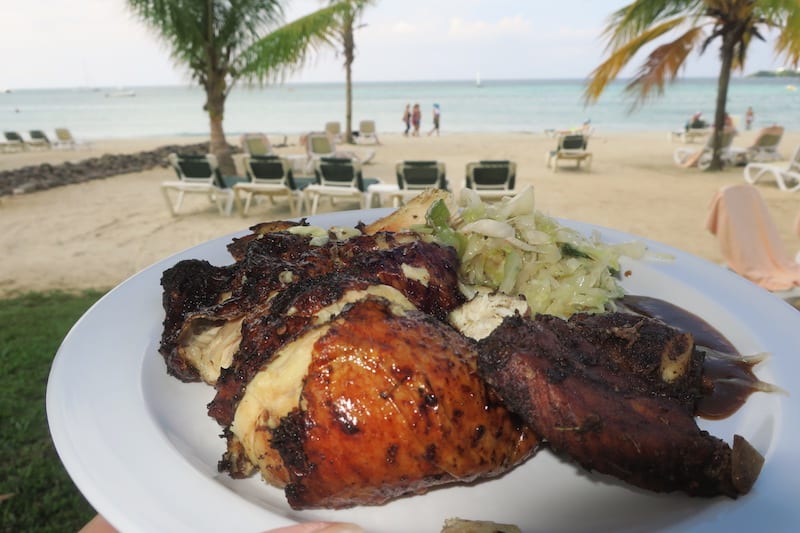 Tasty Jerk Chicken by the beach 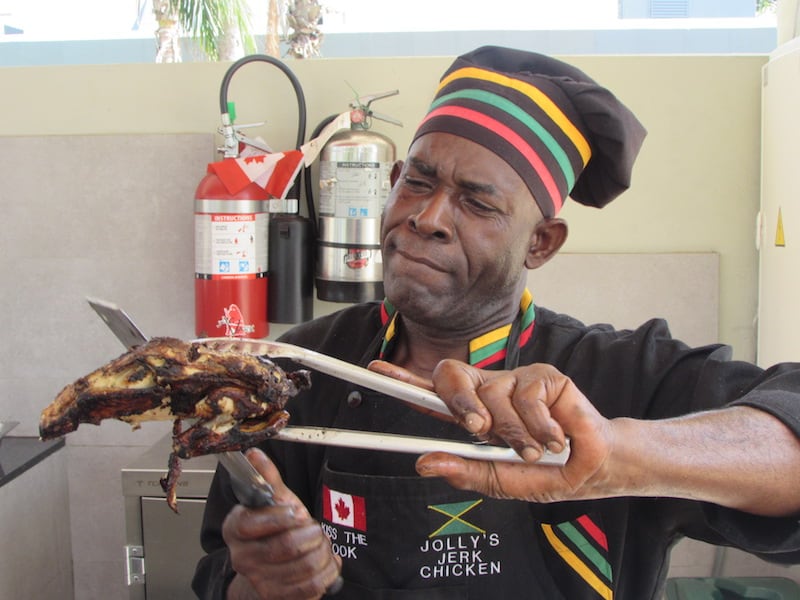 Employing 74 chefs and cooks, the Riu also has four specialty restaurants at no extra charge that do not require reservations. Just come when you want. If it’s full, they’ll give you a remote buzzer.

We enjoyed the Japanese, Italian and Steak House restaurants but especially loved Krystal, the fusion restaurant with an extra level of presentation and service. 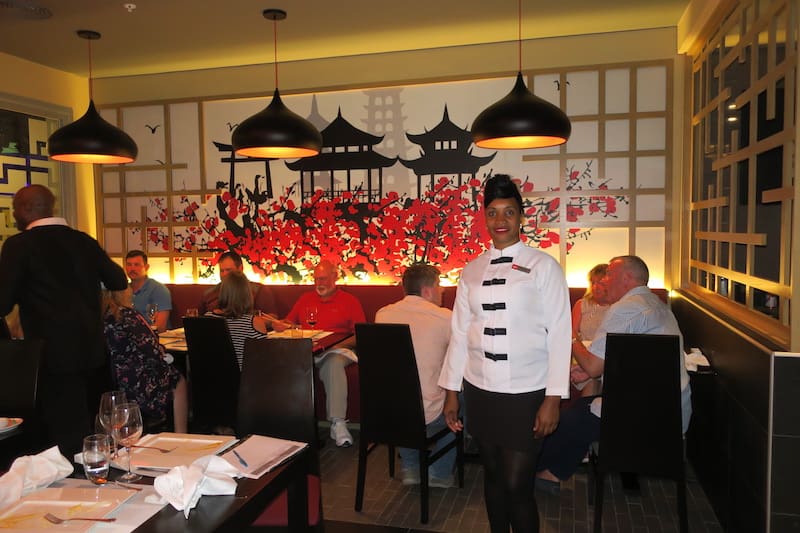 The Japanese Restaurant with colourful decor 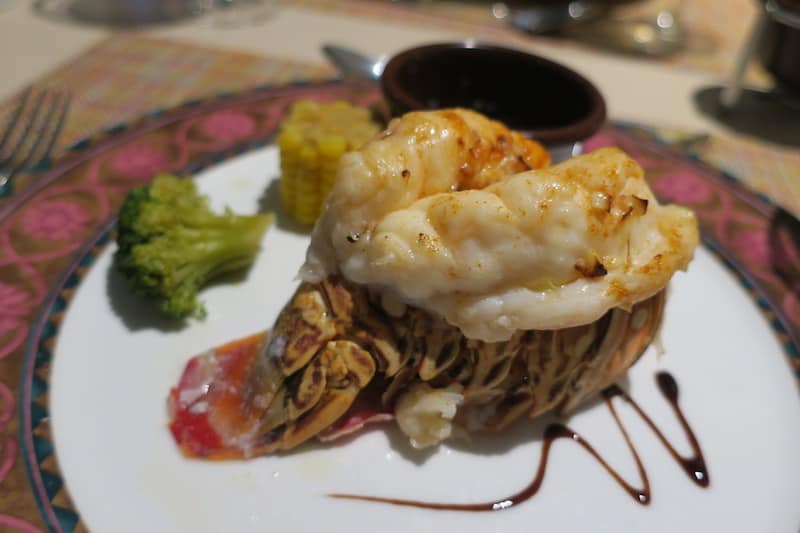 Caribbean Lobster at the Steak House 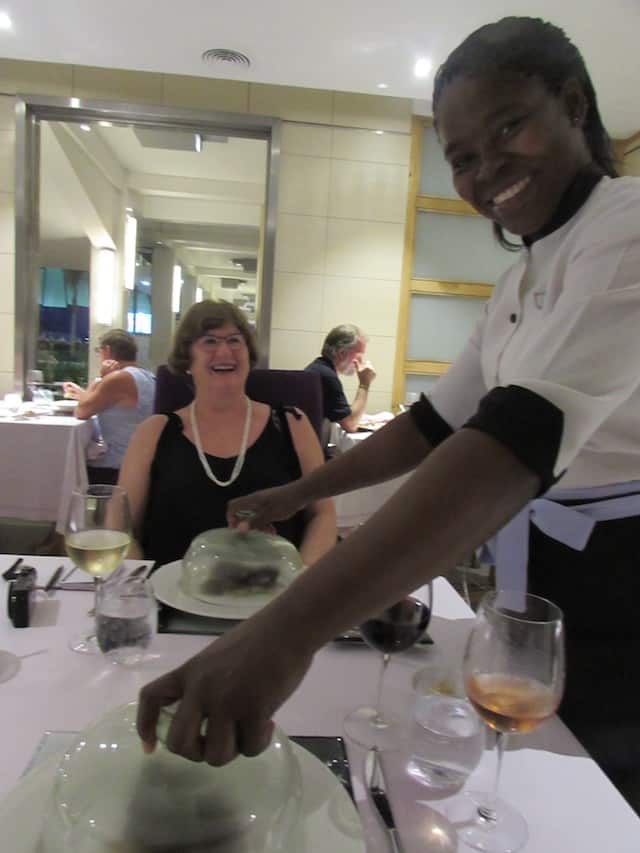 The dinner reveal at Krystal

We enjoyed braised sea bass with miso, lamb with yellow curry and cannelloni with braised ossobuco. The steak house is the most informal specialty restaurant (shorts and T-shirts allowed). Our first New York strip loin was tough but it was happily replaced by an excellent fillet. The Caribbean lobster was especially good. 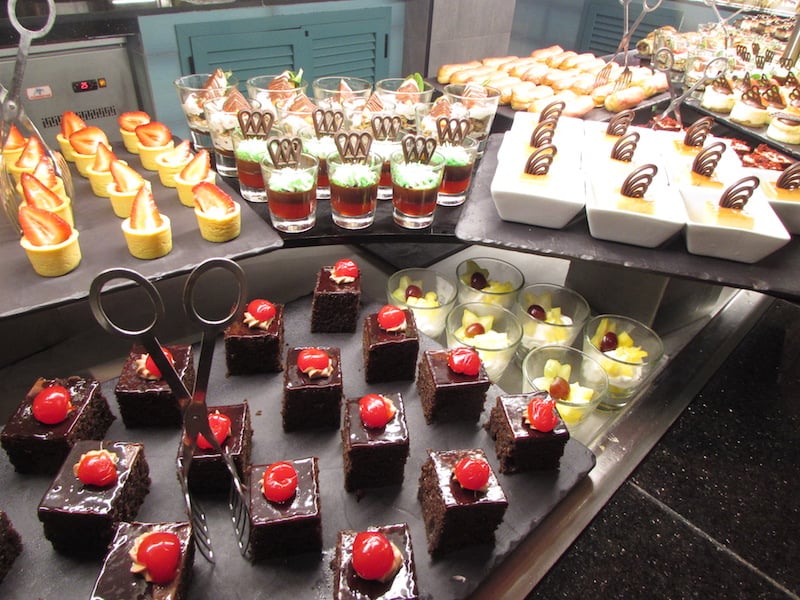 In addition to the beach musicians, the Riu has nightly on-stage entertainment. Most shows have a Caribbean focus (the Jamaican theme was especially interesting) but touring specialty acts, like the Michael Jackson show, are very popular. 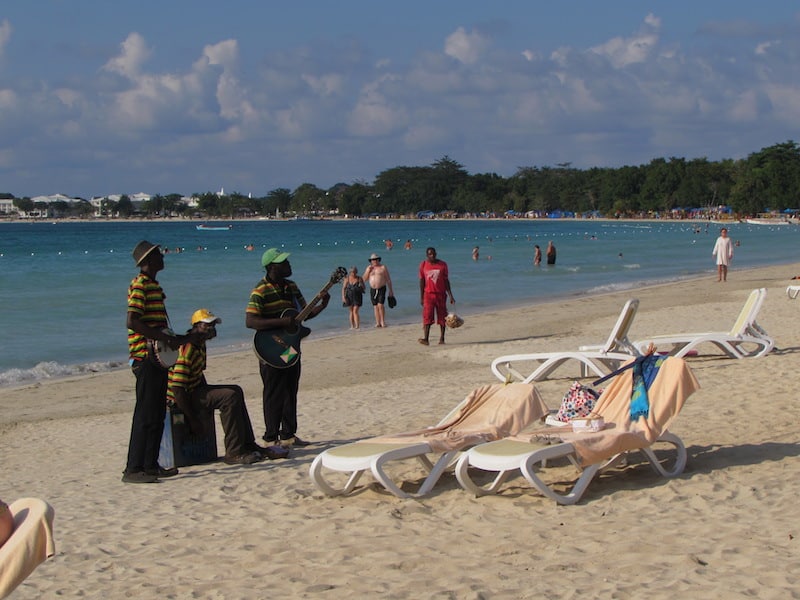 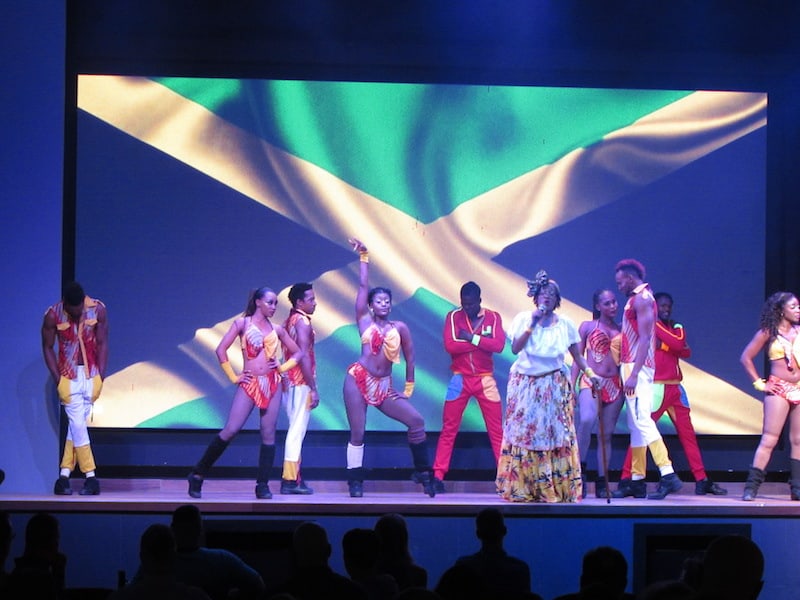 Nexus Tours offers a wide variety of off-resort adventures and we chose a delightful rafting trip down the Great River. In earlier days, 30-foot long bamboo rafts were used to transport bananas. Now, these sturdy rafts have been fitted with comfortable, elevated chairs for two. An experienced guide poles his way downriver, navigating mild rapids and pointing out the remarkable flora and fauna. 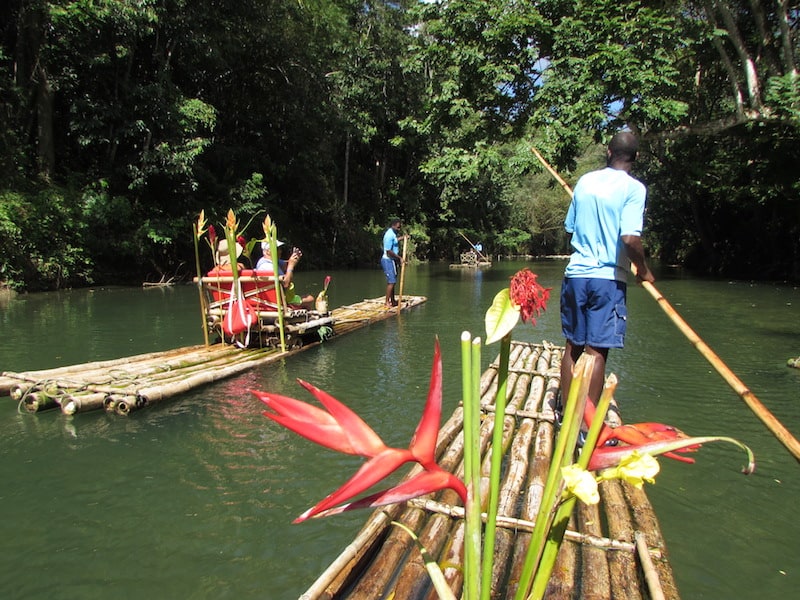 Rafting on the river with NexusTours

The relaxing 45-minute mini-cruise was followed by a visit to a banana plantation, a Jamaican lunch (jerk chicken) and samples of unique Jamaican liquors.

After our week in the sun, we asked a few winter-weary Americans and Canadians about their Jamaica experience. All seemed to be delighted. The popular response? “We’ll be coming back for sure.”

Disclosure: The Nowlans were guests of Hotel Riu Palace Tropical Bay and NexusTours but any opinions expressed in this post are their own. 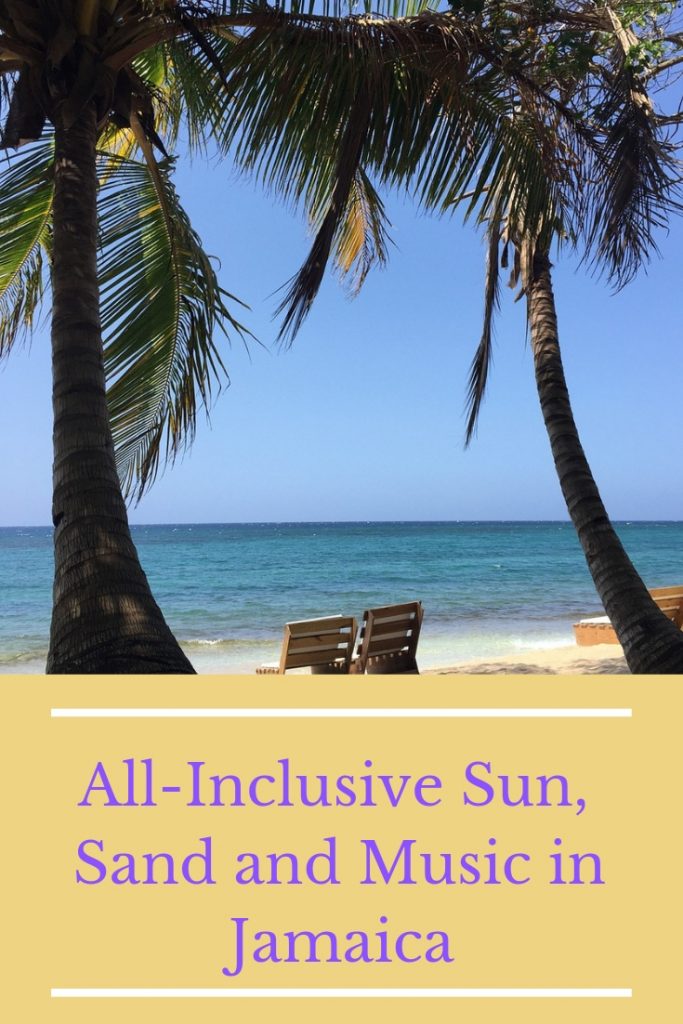 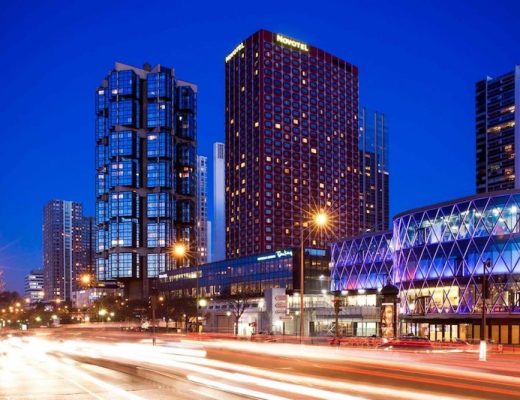 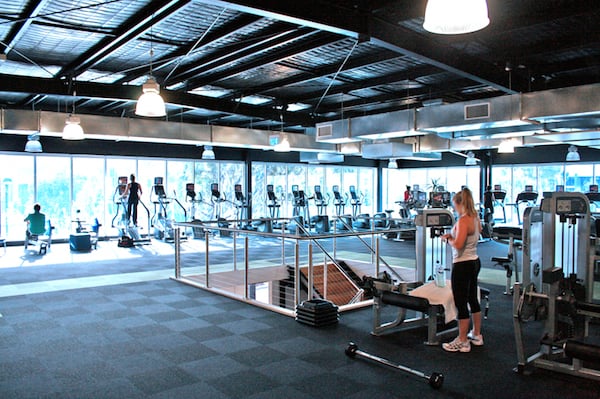 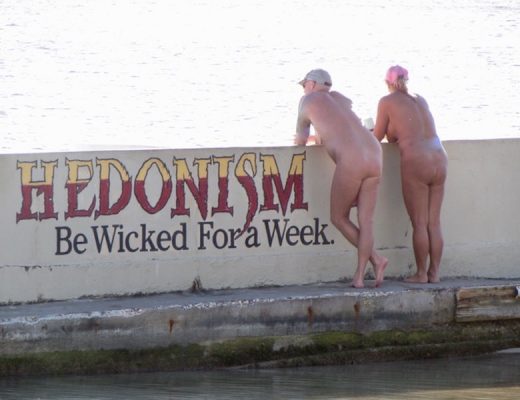 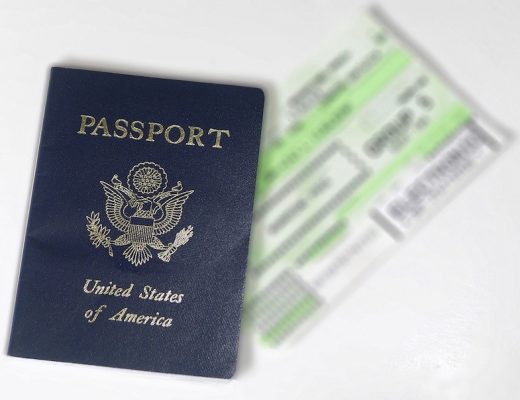