The Reinvention of Swan Hellenic Cruises Includes Fireplaces at Sea 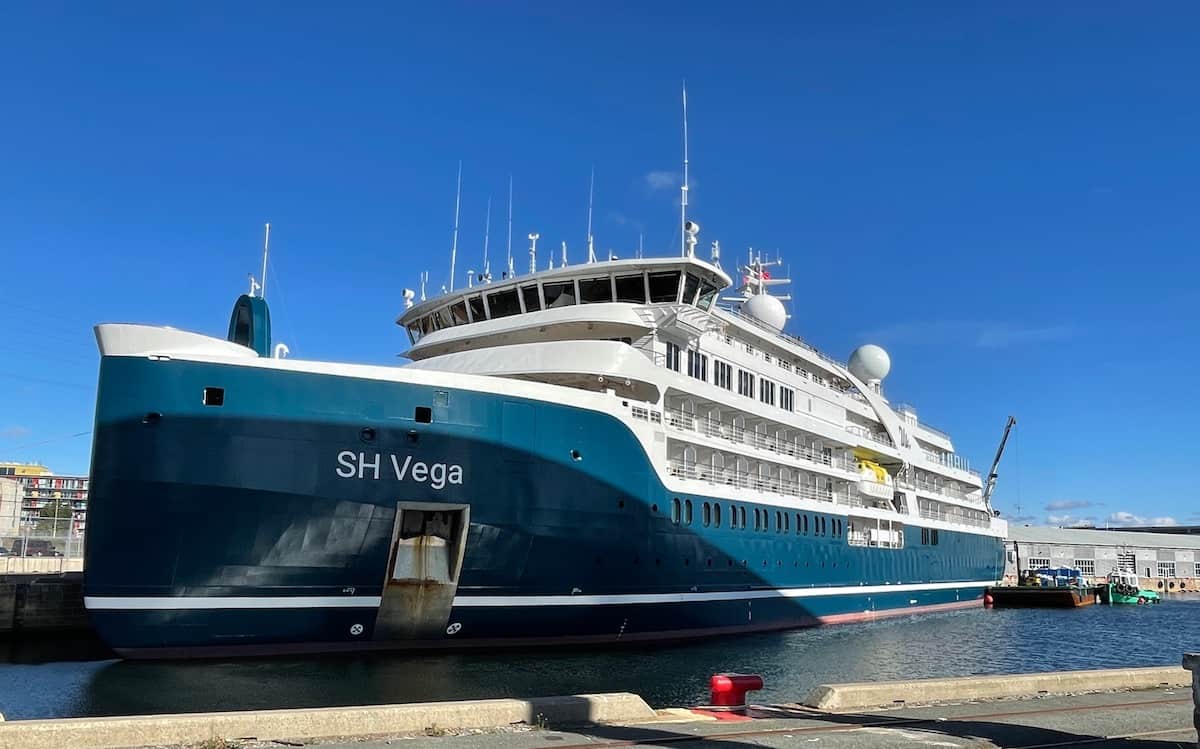 Swan Hellenic, with a seven decade tradition of small ship geographic and cultural exploration (its first cruises sailed from Britain to the Greek islands), has bounced back from obscurity. It now aims to be a significant player in the fast growing expedition cruise market.

The maiden voyage of the ship we recently joined, SH Vega, was in July of this year. The 10,500 ton vessel with a large crew of 120 was built in Finland as an identical sister ship to SH Minerva, launched in 2021. These two, 115 metre boutique ships with Polar Class ice-strengthened hulls will be joined by another vessel in 2023: SH Diana, which will be ten metres longer with a 192 guest-capacity.

Soon to be an ultra-modern, three-ship operation, Swan Hellenic has been through several ownership changes over the years including stints with G Adventures, and Carnival Corporation’s P&O Line and Princess Cruises.

Currently, Swan Hellenic is owned by three Cyprus-based companies with offices in Germany and Monaco. Now, with millions invested in contemporary, Scandinavian inspired ships, Swan Hellenic will place its emphasis on high-end cultural expedition cruising with year-round trips to remote sections of our planet.

A peek inside the new SH Vega 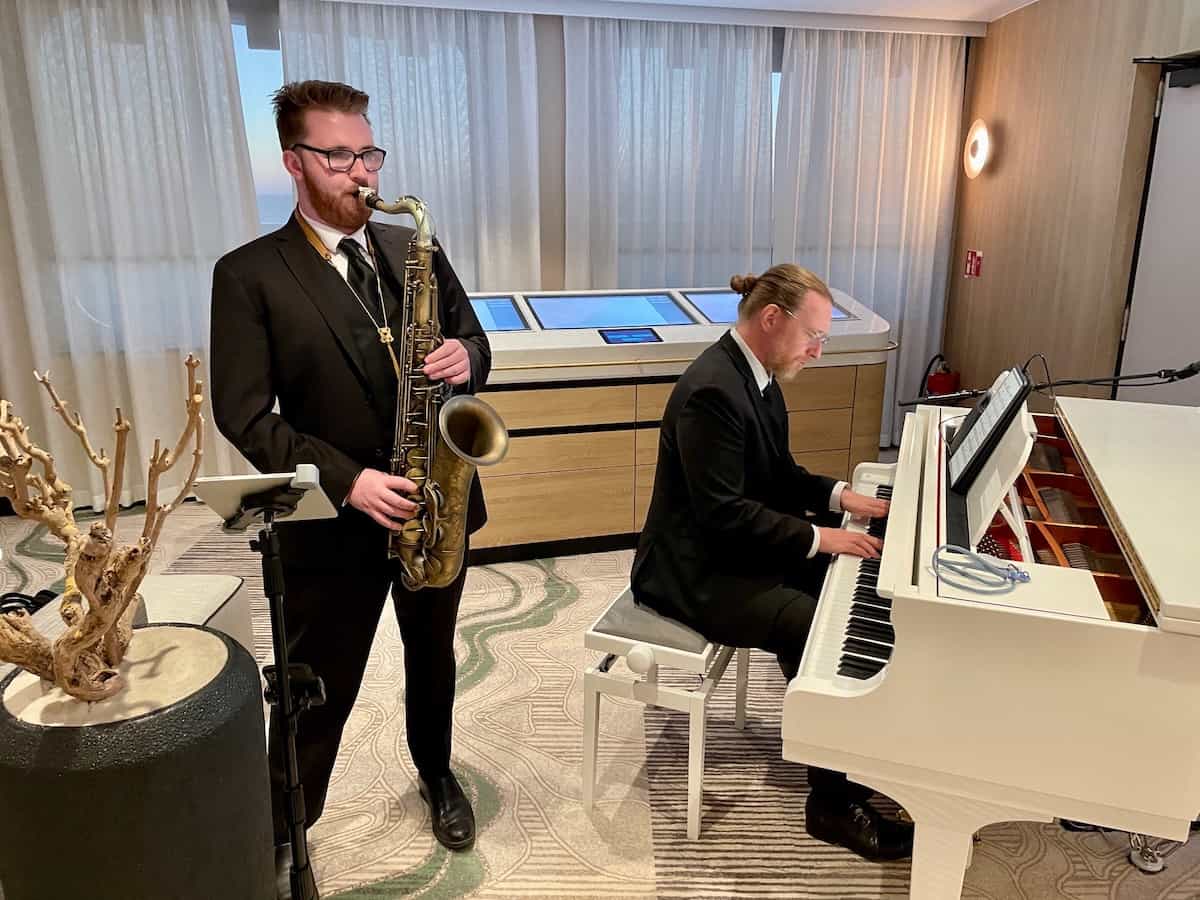 Evening entertainment in The Observation Lounge on SH Vega

The commitment to quality is evident as soon as we boarded SH Vega in Halifax for a short introductory cruise to Boston. An open design with large public spaces, panoramic views, and comfortable furniture in muted colours is conducive to relaxing. Or, as we soon learned, to excellent illustrated lectures by a team of scientists and researchers as well. 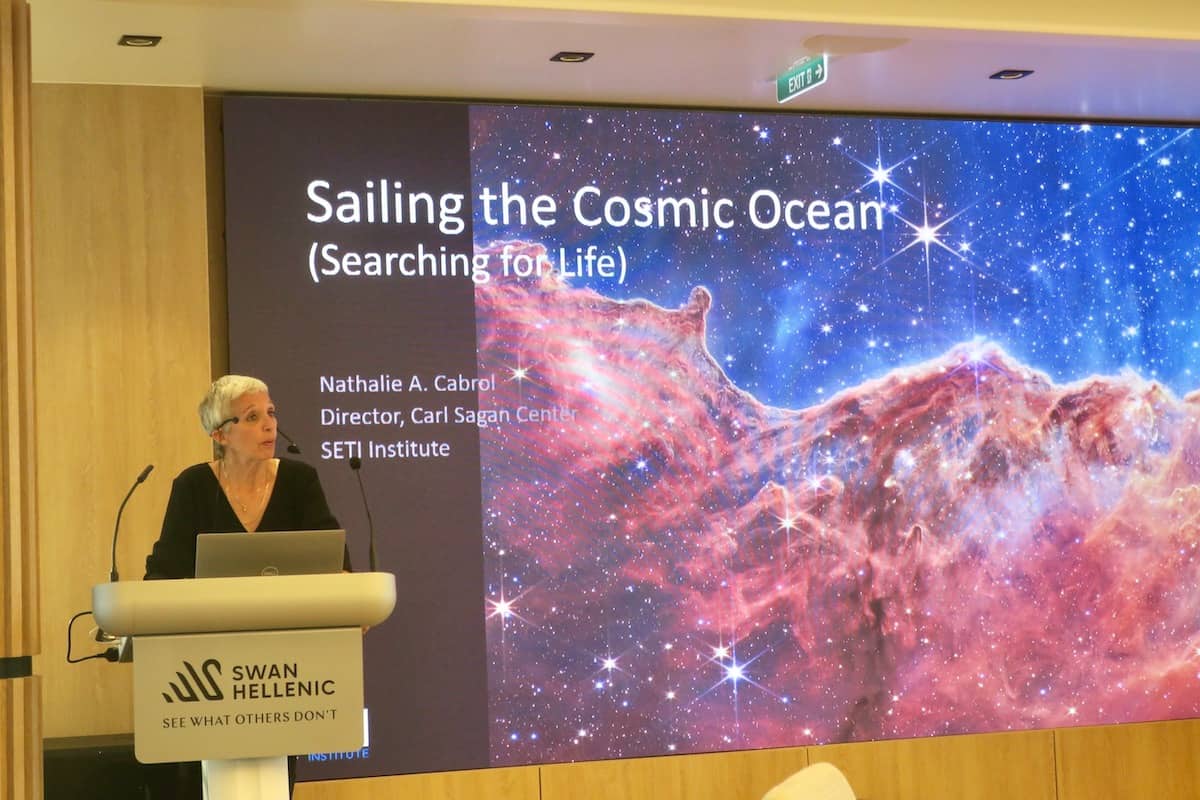 For science lectures, Swan Hellenic has partnered with the Carl Sagan Center.

The full-width Observation Lounge, taking up the most space on deck seven, was the best area we’ve ever seen on an expedition ship for lectures and learning. In addition, the lounge serves as the entertainment area with a grand piano, and on night two, a talented saxophone player.

Like other expedition ships, the emphasis is on culture, science and nature, not lavish entertainment or casinos.

Staterooms with fireplaces that wow 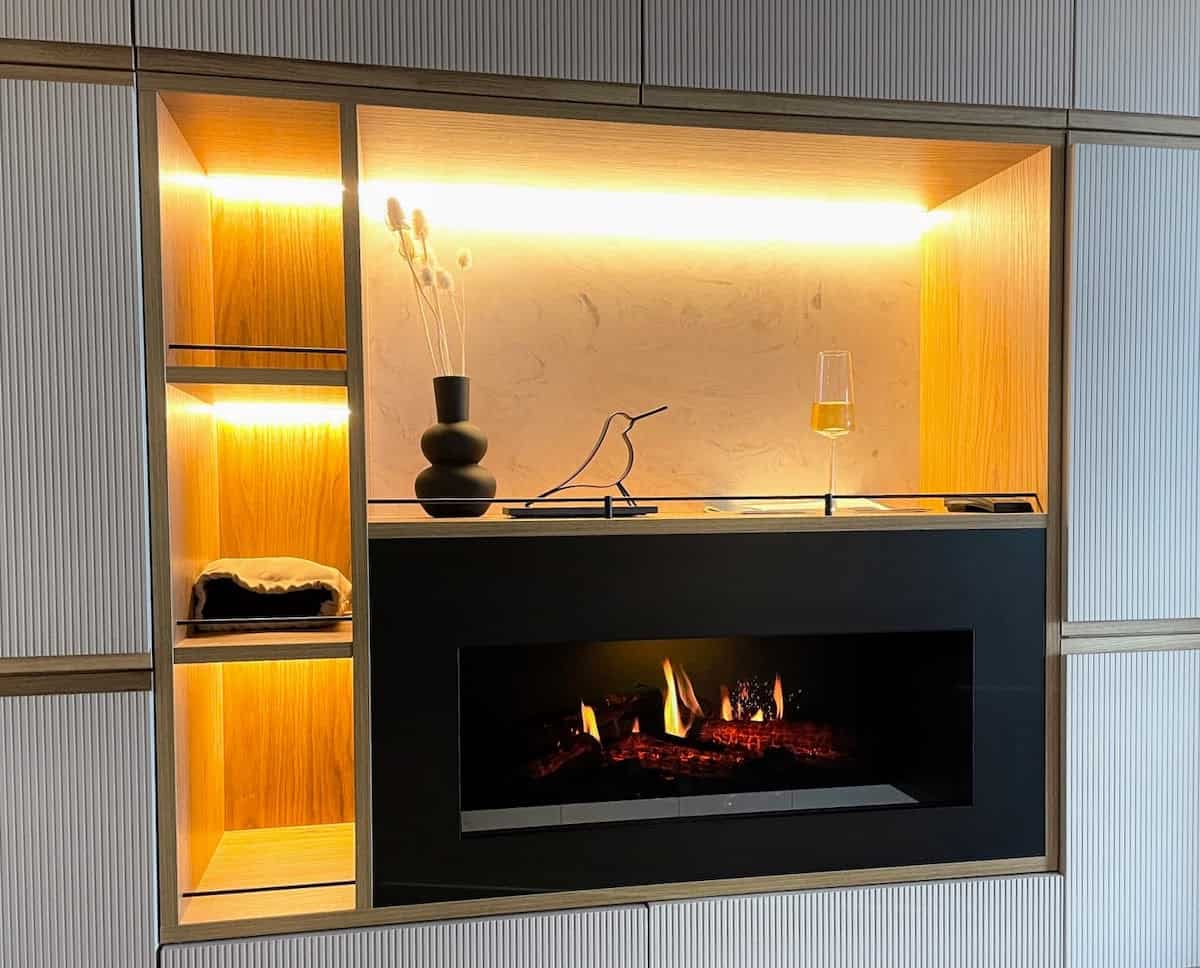 A unique Swan Hellenic feature: Fireplaces in all staterooms

When staterooms include an authentic looking fireplace, you know this is no ordinary cruise ship. Granted, the fireplaces are electric but they had flames and logs with sparks and fire crackles. It should be a special treat for guests on upcoming Arctic and Antarctic expeditions.

Most rooms on SH Vega are a generous 302 square feet plus a large balcony. One of our fellow journalists said it reminded him of a mini-suite on large cruise ships. Storage space is huge, the best we’ve ever seen in a standard balcony cabin. For privacy and reading there’s a curtain divider between the Queen bed and the sofa/desk area. 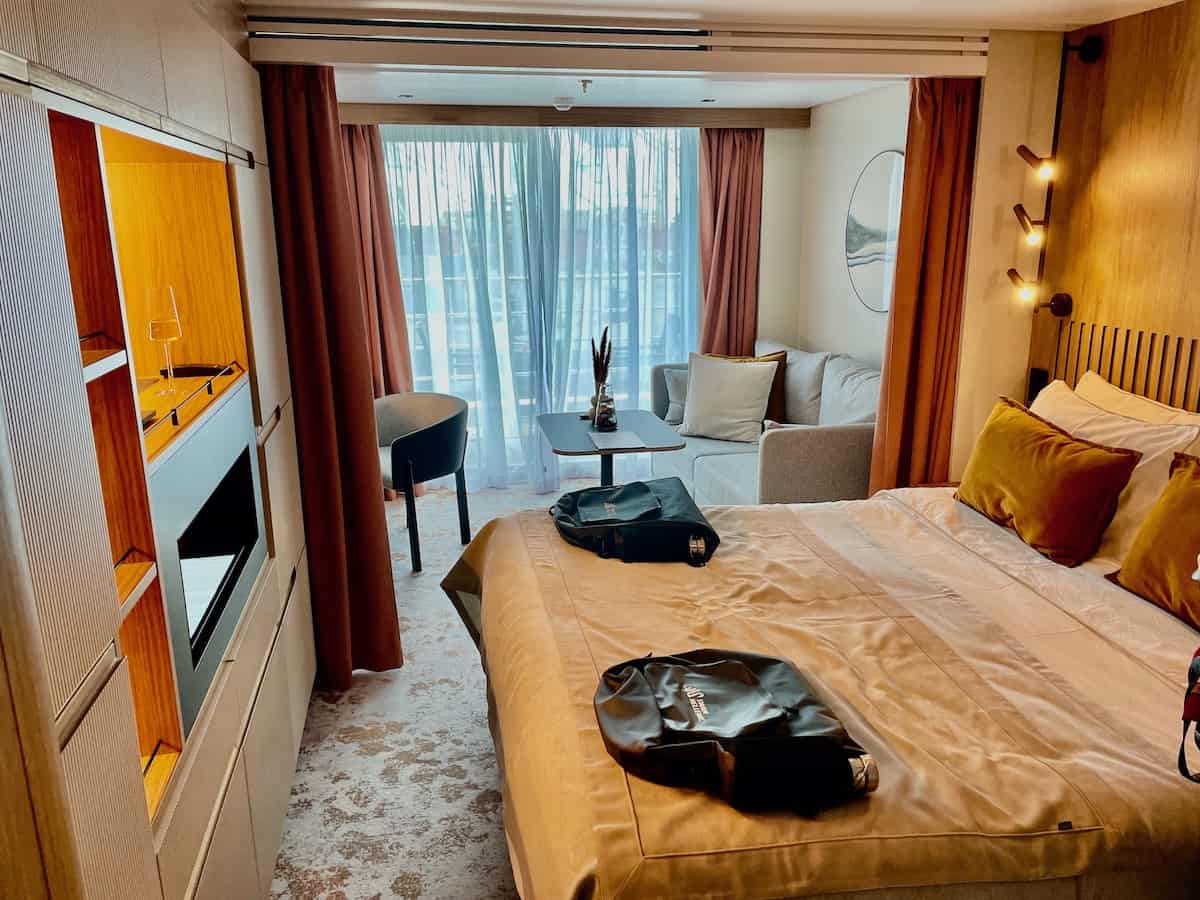 Balcony staterooms on SH Vega are a generous 310 square feet

The bathroom was generous in size with a large, semi-open rain shower. Unfortunately it leaked onto the bathroom floor when showering but a well placed towel solved the problem. The soap and shampoo are both in large, push button containers, an environmental protective trend on many ships these days. We now bring our own bar soap on cruises, since we prefer it.

Lighting was excellent in the rooms but the thermostat to control temperature was very strange with just hard-to-read plus and minus buttons and no indication of actual temperature. Other modern ships have the current room temperature on the thermostat (in F. or C.) and guests simply move arrows up or down to get the comfort they want.

The main dining room (the Swan Restaurant) on SH Vega is a delight. It offers buffet breakfast and lunch and a more formal dinner service with white table cloths and outstanding service from the mainly Asian crew.

Breakfast even included smoked mackerel, smoked salmon and smoked trout that the chef picked up in Halifax (although with its British tradition, it was surprising there were no kippers). 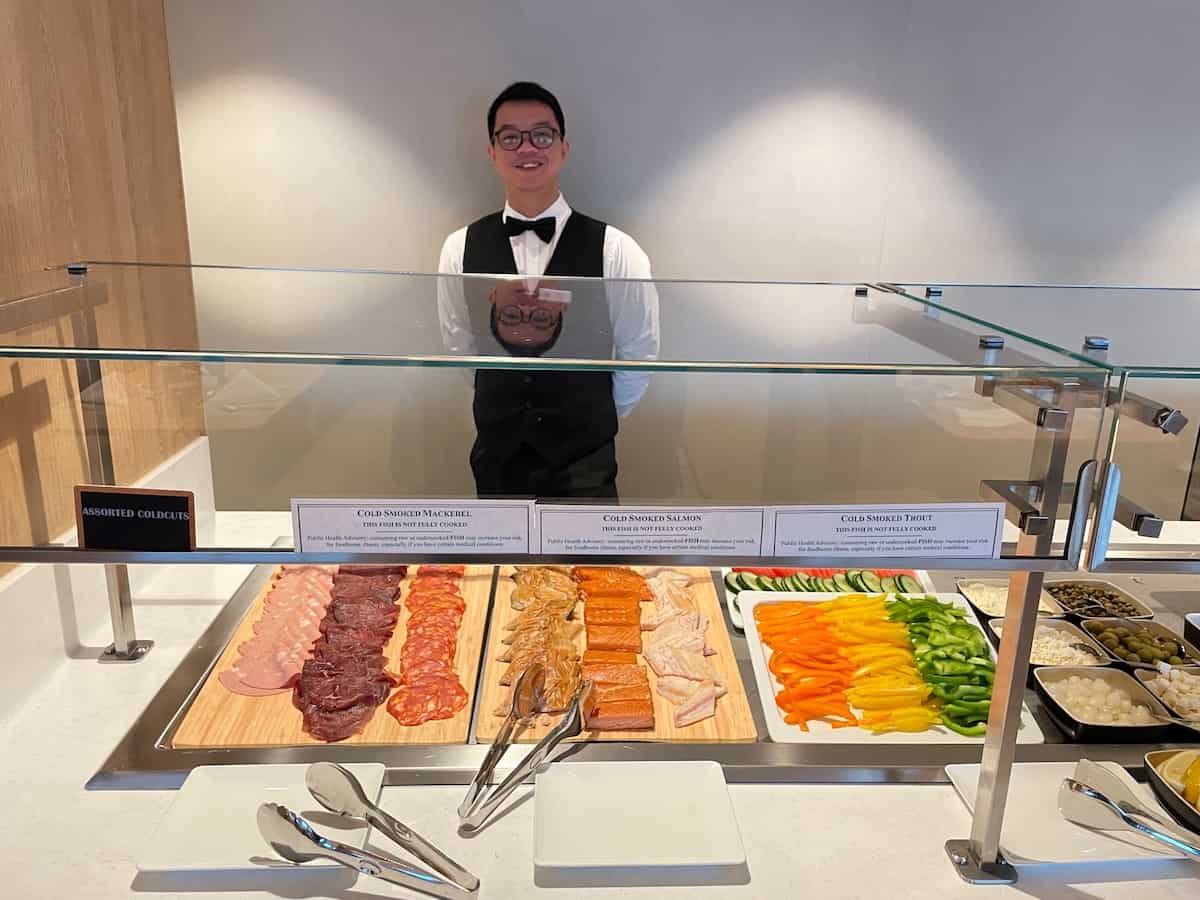 In good weather, there’s a BBQ on the back deck next to the infinity swimming pool. We enjoyed wonderful ribs, chicken and two kinds of European sausages with a wide selection of wine and beers. Standard spirits are complimentary (premium are extra), too, at several bars on the ship. 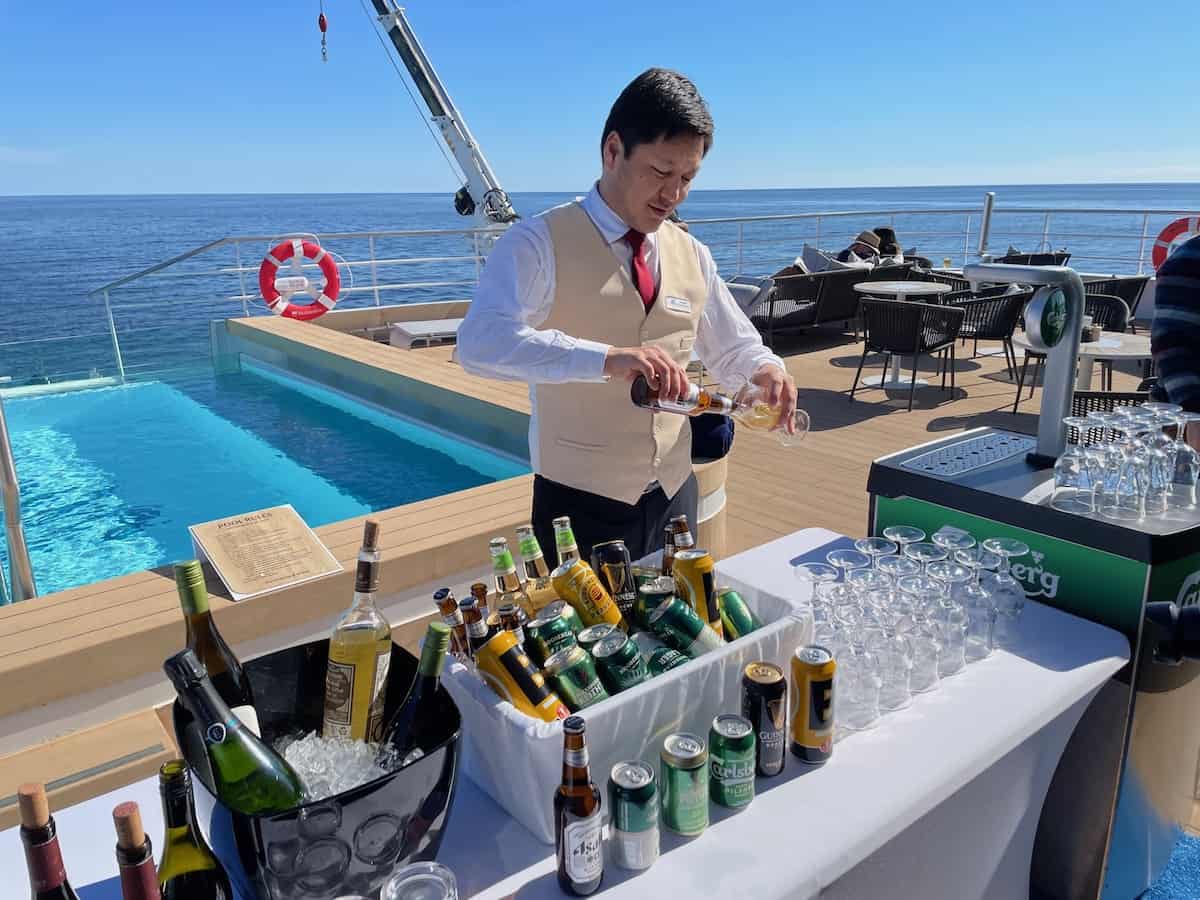 Open bar at the back deck BBQ on SH Vega 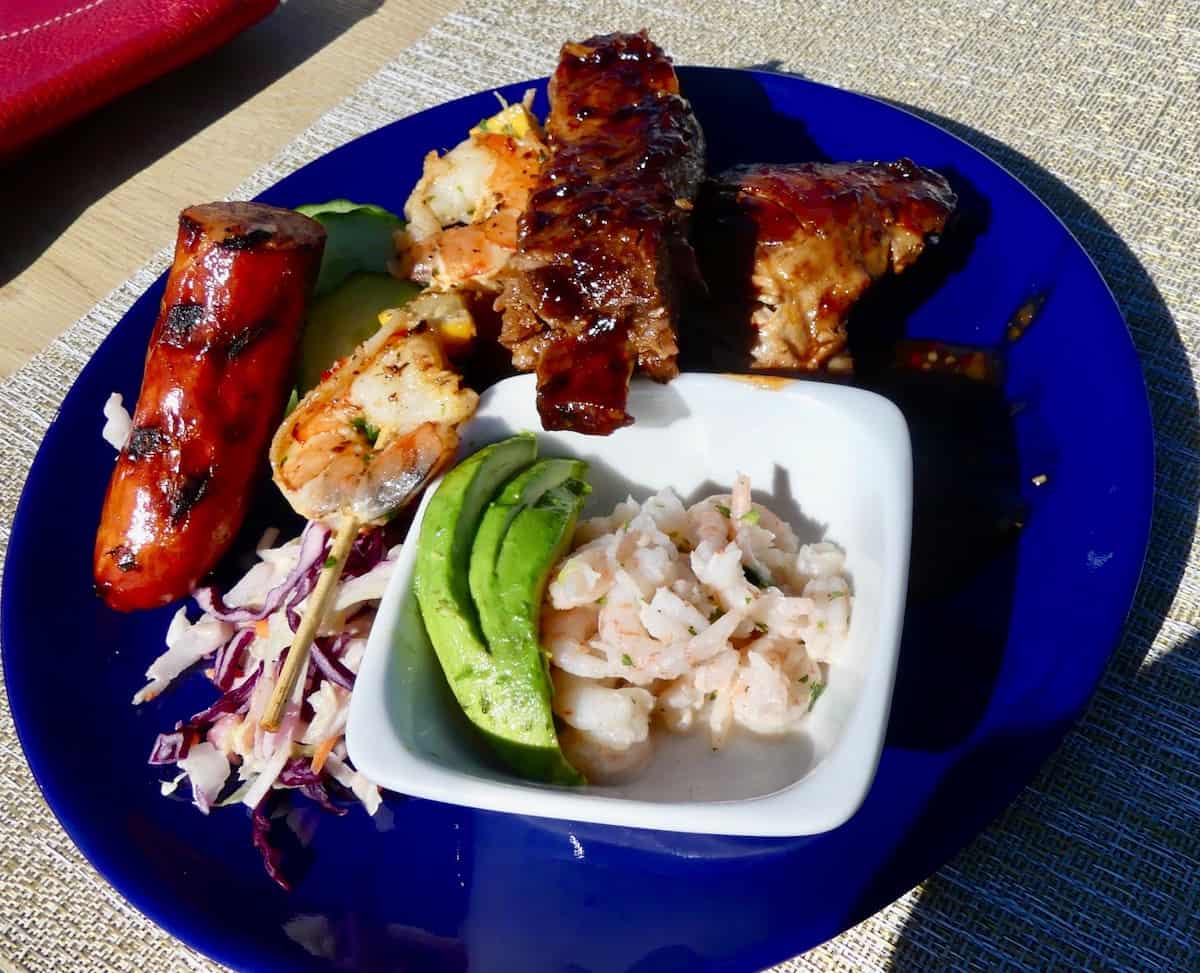 The complimentary wine at dinner was a standout. Waiters offered two whites and two reds each evening, all excellent quality. If you’d like a small sample before a more generous pour, no problem.

Dinner our first night was unexpectedly a buffet, but with excellent choices, especially the lamb chops. On the second night our South African executive chef, Avhier Singh, offered pre-dinner caviar and then a choice of herb-marinated lobster tails (another Nova Scotia treat), tender medallions of beef, or beetroot risotto. His creativity was only surpassed by that of the pastry chef who produced an array of outstanding sweets for meals and for afternoon tea time (a British tradition the line has wisely maintained). 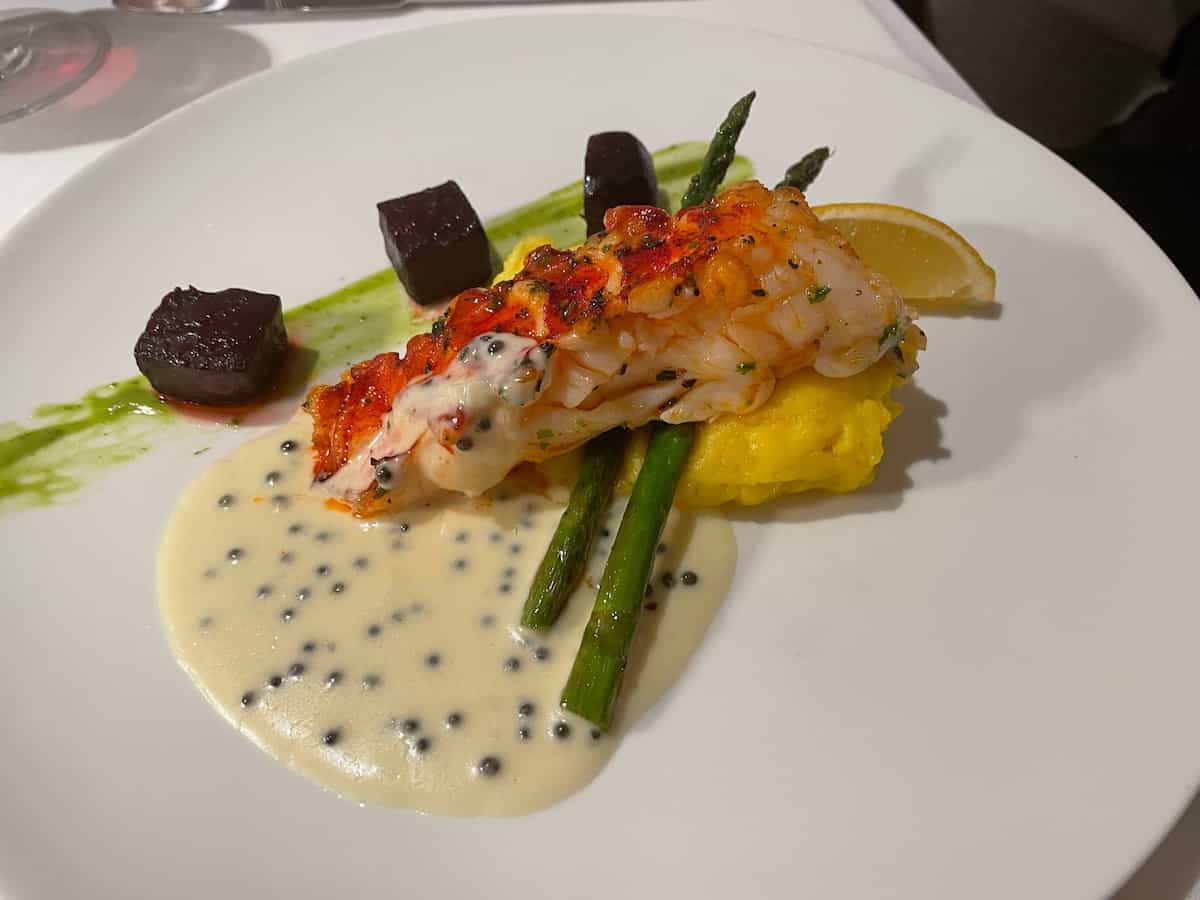 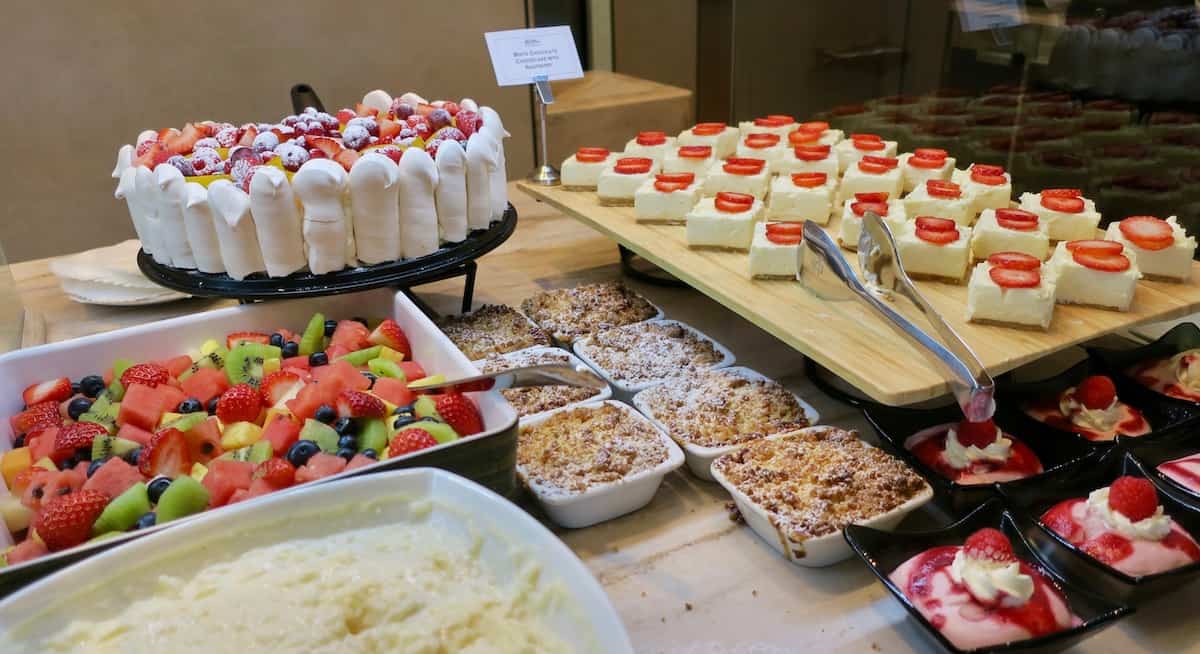 Creations by the talented pastry chef on Swan Hellenic Vega 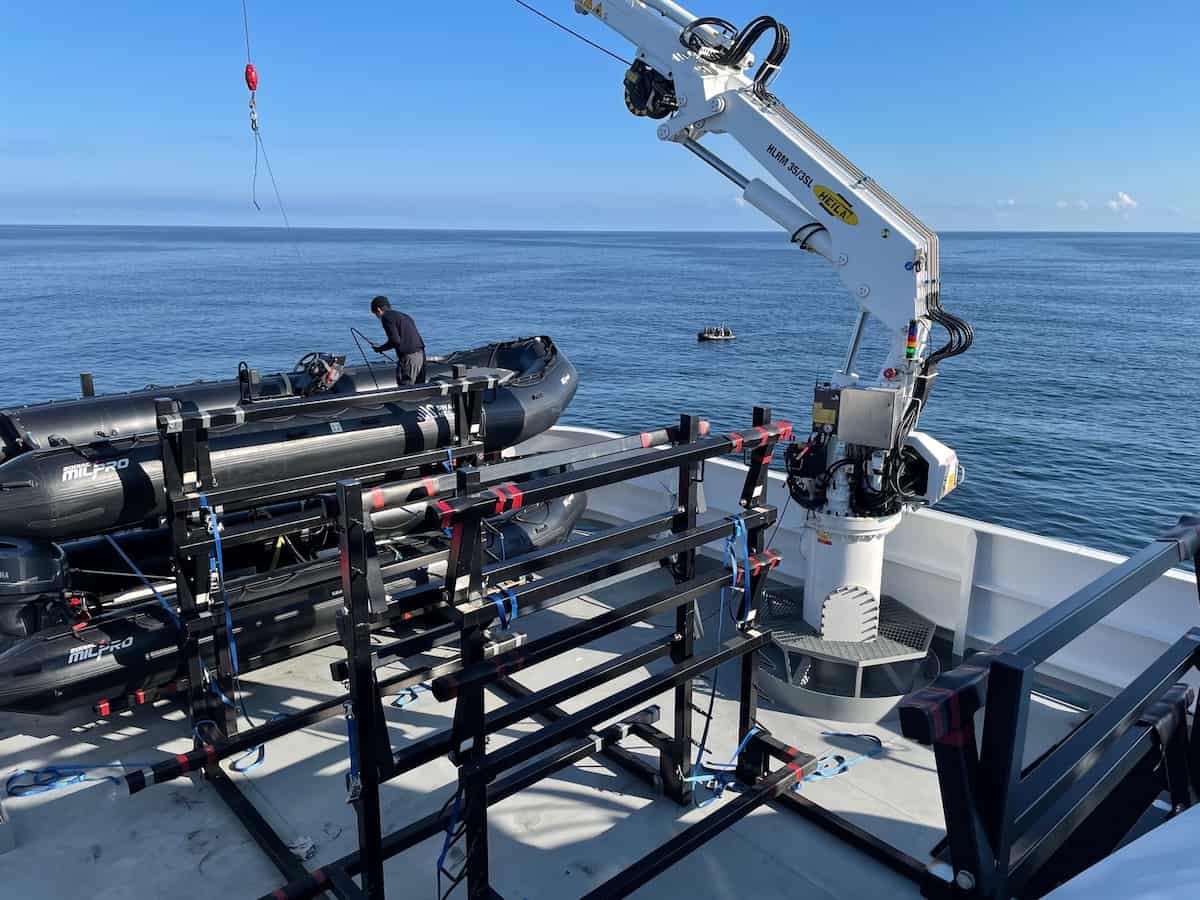 Our cruise was a short one between Halifax and Boston (as the ship then carried on to Antarctica) but the seas off New England were calm and the captain decided to stop, lower a few of the 13 Zodiacs stored at the stern (eight kayaks are also on board), start the outboards and let guests enjoy a trip or two around the ship. Many had never been on a Zodiac so the unexpected treat was a welcome and exhilarating experience. It’s one of the pleasures of a small expedition ship – spontaneity and surprises.

With three modern Polar class ships at its disposal, Swan Hellenic has ambitious plans for the next few years:

Expedition cruising is a niche product with prices that reflect the unusual itineraries, relatively large crew (including many scientists, historians and naturalists) and fine dining. Prices on SH Vega start at $US8204 per person for an 11-day Antarctica cruise this winter while, in the spring, prices start at $US6856 per person for 11 days in the Norwegian fjords. However, those prices include return regional flights to the port of embarkation, one night in a hotel prior to embarkation, all transfers, excursions, port taxes and gratuities. Plus a polar region parka you can bring home.

With more cruise lines now offering an expedition product, competition will become fierce. Swan Hellenic has been and will be investing millions in its three unique ships. Judging by the quality and commitment we observed in our short cruise, this latest iteration of the historic brand should be very successful.

Disclosure: The Nowlans were guests of Swan Hellenic Cruises but any opinions expressed in this post are their own.

Other posts on expedition cruising on MoreTimeToTravel: 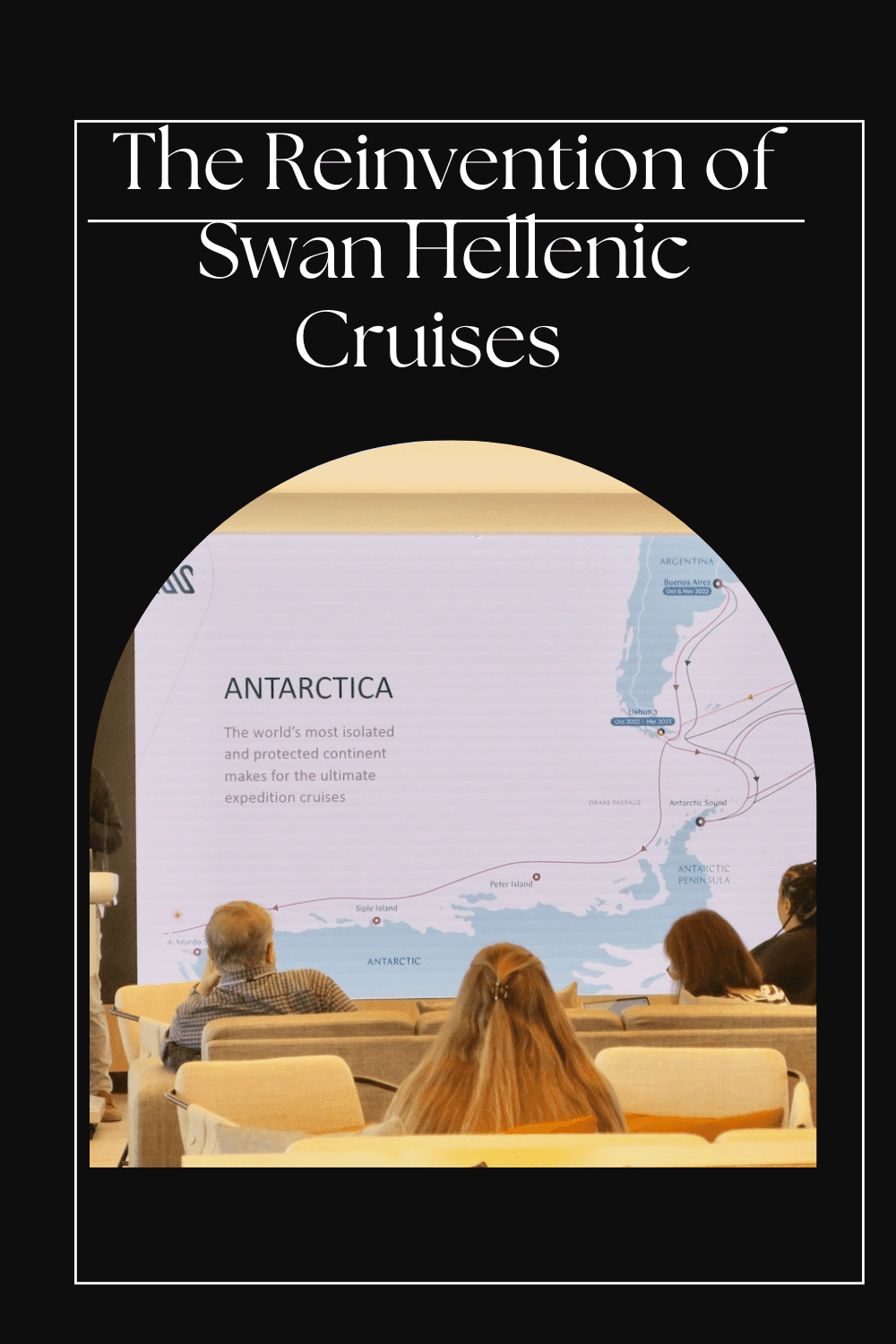 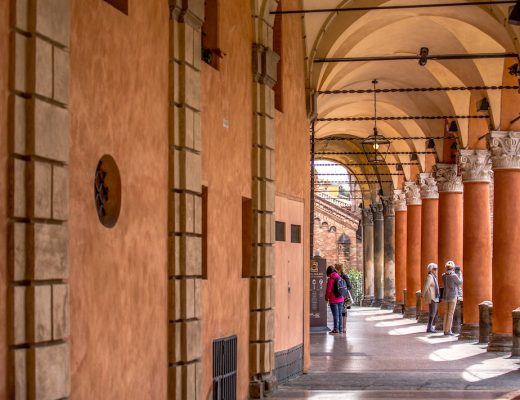 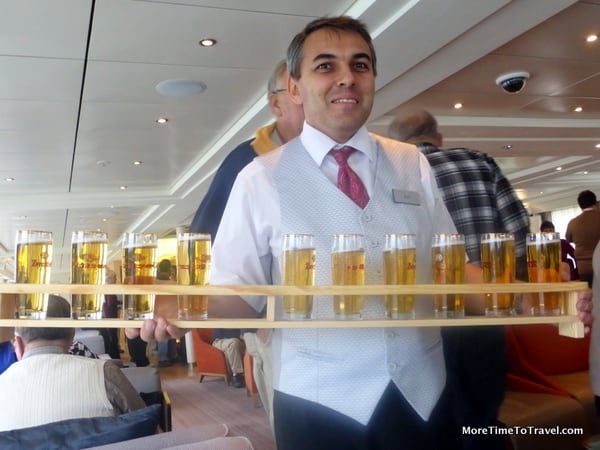 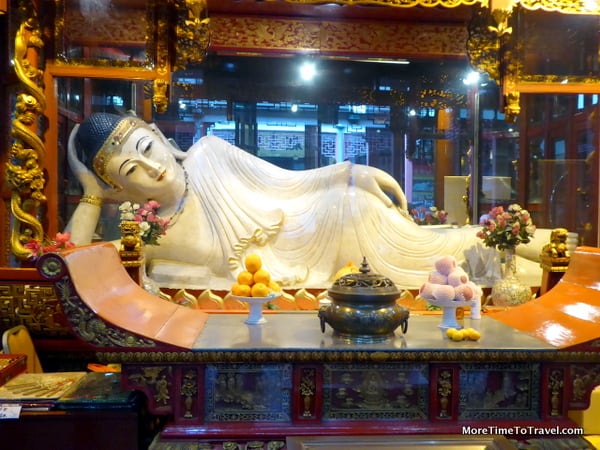 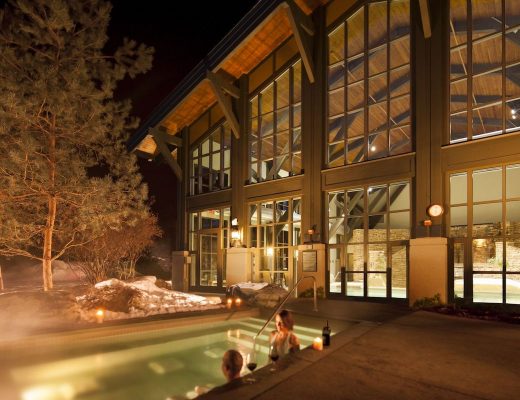 The Lodge at Woodloch: 5 Reasons To Love This Destination Spa 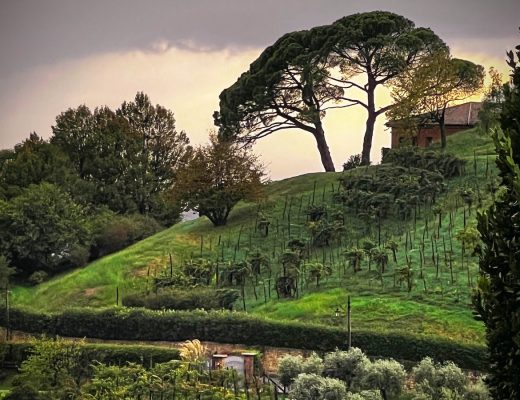