CRUISES• FELL IN LOVE WITH

Boomers Going With The Flow: A Viking River Cruise on The Danube 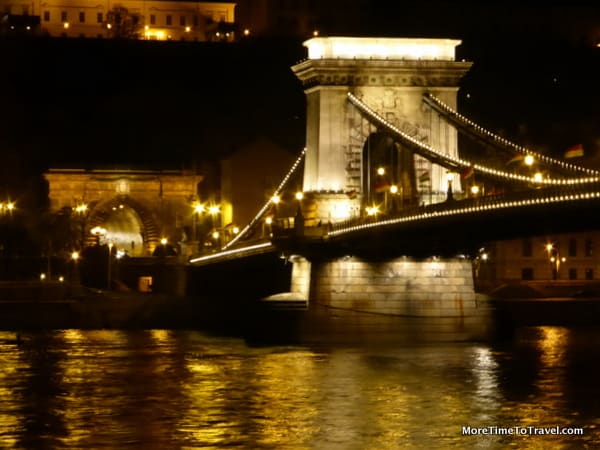 Our Viking River Cruise on the Danube was the perfect introduction to the lovely cities, towns and villages that line the banks of the river.

It was a chilly, rainy afternoon when my husband and I boarded the Viking Freya in Budapest, Hungary, for an eight-day cruise along the Danube River to Nuremberg, Germany. After arriving from the U.S. a few days earlier to tour the city, we finally had adjusted to the time change.

We also had discovered that the namesake of Johann Strauss’ “Blue Danube Waltz” isn’t really blue. Far from it: The river that separates the city into two parts, Buda and Pest, is so muddy it’s reminiscent of New York’s East River. Yet we would discover that the magnificence of this water highway, the second-longest river in Europe after the Volga, is better judged by its rich history than its color and by the beauty of the castles, churches, medieval walls, stone bridges, tiny towns and capitals lining its banks. 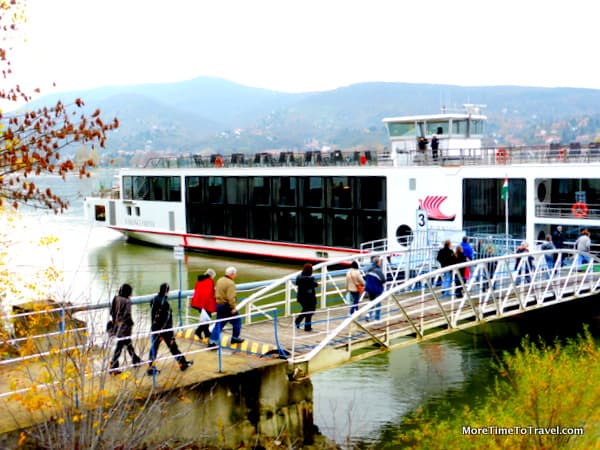 The rise of riverboat cruising

Riverboat cruising has exploded in popularity over the last decade, especially in the U.S. and Europe. New ships and itineraries are rapidly being introduced in response to the growing number of baby boomers filling their cabins. 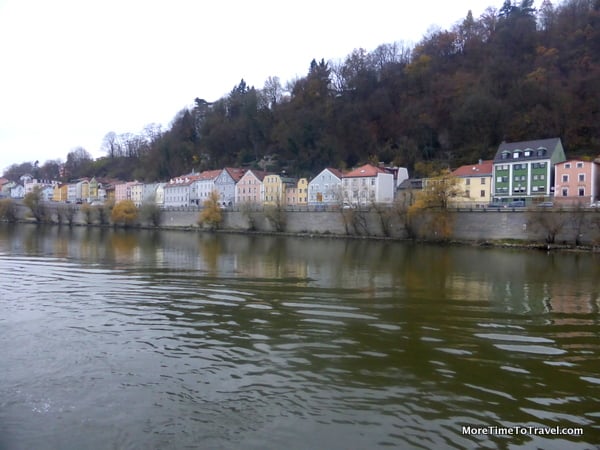 Leaving Passau, one of the beautiful towns along the Danube

Like larger oceangoing vessels, riverboats offer the convenience of packing and unpacking once, sleeping in the same bed for an entire stay and effortless transport between cities, generally overnight. In one week (the typical length of most river cruises), passengers can visit multiple cities and cross national borders as they are introduced to new foods, languages, customs and cultures.

Most river cruises are all-inclusive, covering meals and snacks, shore excursions, lectures and entertainment, and complimentary wine or beer with dinner. Some lines include airfare and airport transfers, gratuities, Wi-Fi and unlimited alcohol. Most boats hold fewer than 200 passengers, making this an intimate form of travel that hugs the shore and brings passengers up close to the destinations they visit.

“Passengers are able to disembark directly from the ship to the center of the action,” Brown said.

What’s more, riverboat passengers don’t overwhelm ports like the hordes descending from giant ocean liners. Viking River Cruises owns and operates 53 river vessels, the largest such fleet in the industry, and is adding 12 more in 2015. Viking Freya is one of 30 longships the company has introduced over the last three years, a design known for its shallow draft. 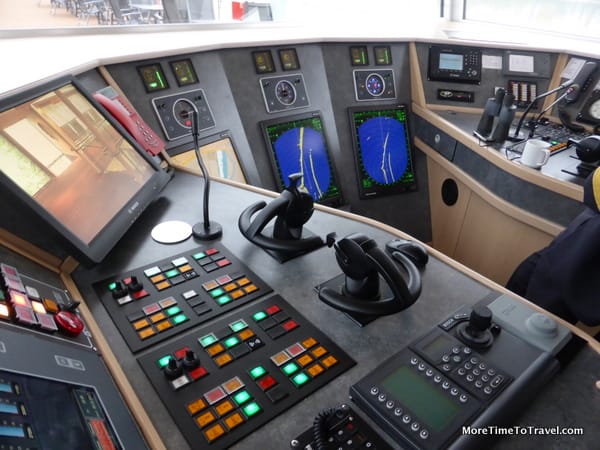 At 445 feet long and three stories high, Freya has the feel of a diminutive ocean liner, with a glitzy atrium lobby and chandelier. The layout is easy to master, with most public rooms, lounges and dining rooms at the bow; cabins are toward the aft.

We were assigned to a 205-square-foot (Category A) stateroom with sliding-glass doors opening to a veranda. The cabin had all the comforts of a luxury hotel: queen-size bed, contemporary furnishings, ample closet and storage space, an electronic thermostat, refrigerator, safe, multiple dual-voltage outlets and a 40-inch flat-screen TV. 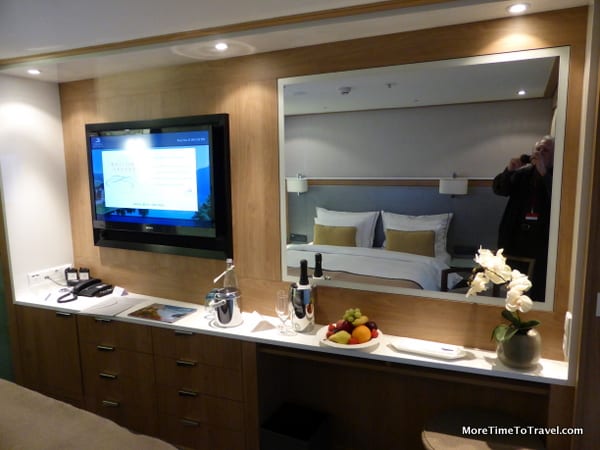 Our Category A stateroom

The bathroom had a full-size stall shower, radiant heated floor and L’Occitane bath products. Flicking a switch changed the glass-enclosed shower (separating the sleeping area from the bathroom) from clear to opaque privacy.

With open seating (no reservations), an informal dress code and surprisingly decent dinner wines (often local ones), meals were relaxed. We sat at tables of 8 to 10 people, adding to the air of conviviality and to the sharing of secrets, such as the location of the shower privacy switch. Large windows throughout public areas afforded lovely views of passing scenery. 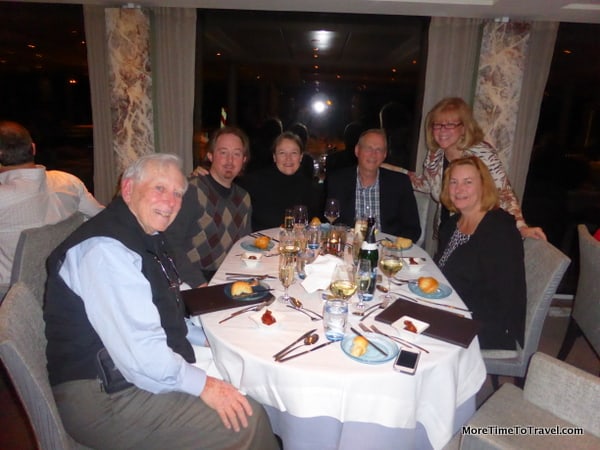 Serve-yourself coffee, juice and pastries were available in the lounge at 6 a.m. for early risers. The informal Aquavit Terrace offered an alternative to the cooked-to-order, order-as-much-as-you-want breakfasts or lunches in the dining room.

At dinner, along with international options, the Bulgarian chef introduced us to specialty foods from each port. In Budapest, a Hungarian goulash and dobos torte were on the menu; in Vienna, Wiener schnitzel. Heading into Germany, we were treated to a buffet with sausages, pretzels and local beers. 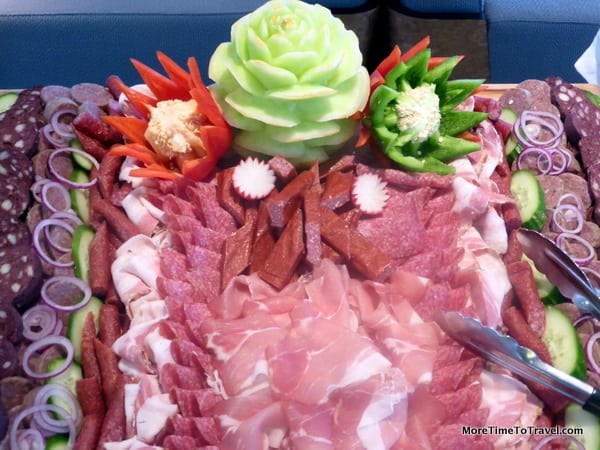 One of the choices at the lunch buffet 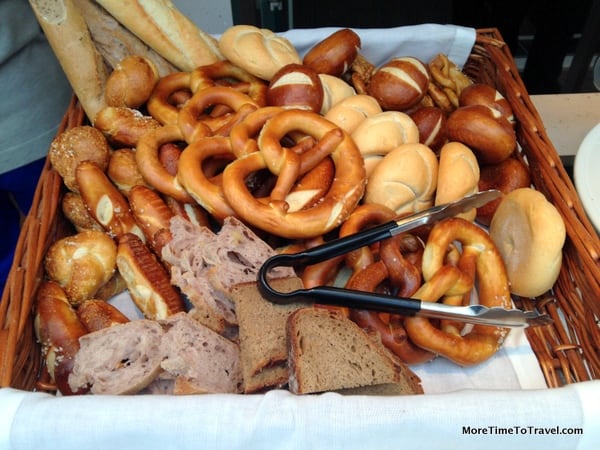 Beer and pretzels: You know you’re in Germany

Each night, the Viking Daily placed on our bed outlined the next day’s excursions and evening activities, as well as some historical and geographical information about ports. Our program director also held evening briefings in the lounge. 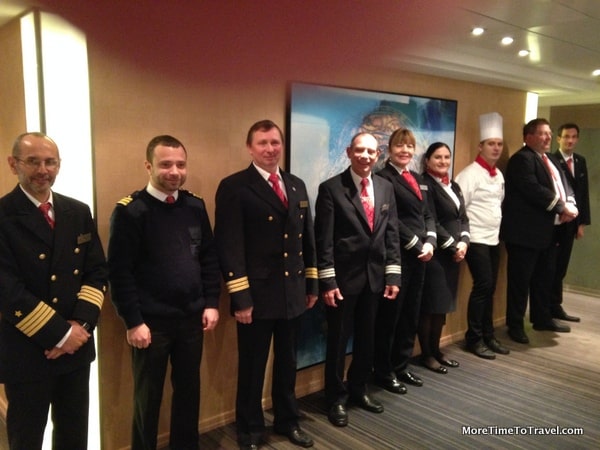 The group was encouraged to self-identify as either regular or “gentle” (slower) walkers, and assigned to knowledgeable, English-speaking local guides. When we needed buses, the cruise line had its own spiffy Mercedes buses waiting at each port. Itineraries offered a perfect mix of being led by a guide and being on your own. 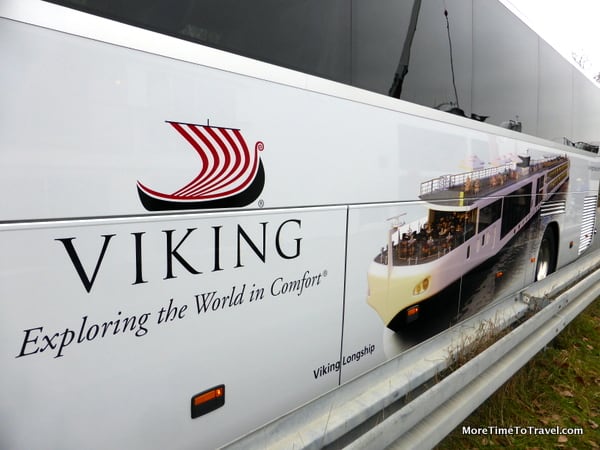 One of the spiffy buses

But unless you stayed up through the night, there was no spare time to curl up with a book. We traveled to six cities and three countries, through 25 locks, mostly at night, waking up each day to explore a new destination. 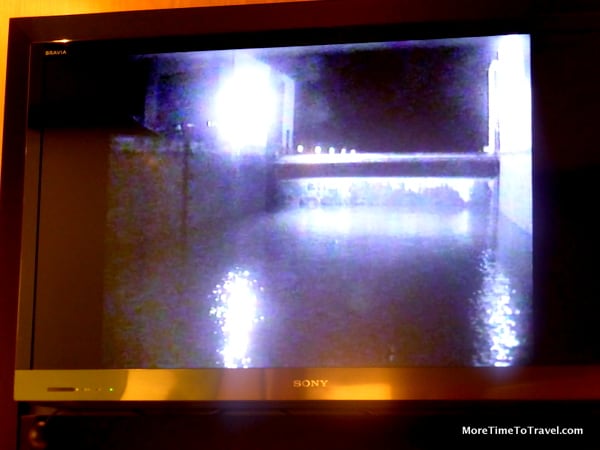 With a crew of 49 for 175 passengers, we always felt coddled. Every logistical detail was seamless: Buses, tours and sailings were on time or earlier. As we readied for one lecture, my husband quipped, “With this group, if you’re on time, you’re late.”

Compared with ocean cruising, riverboats are far slower. We traveled at about 7 mph. Though this may sound like a leisurely way to travel, taking a river cruise is like hopping on a train and getting on and off at every station. We could sleep in, but each port offered something irresistible to see or discover; after dinner, live music, dancing or lectures were available.

Bottom line: If ocean cruising bores you, your ship — a small one — may have just come in.

Check with your travel agent for information on the different offerings of various river-cruise operators.

[This article was originally published in the Chicago Tribune on July 13, 2014 and reprinted in other Tribune papers including the Daily Press (Hampton Roads, Virginia), Sun Sentinel (Florida), the Courant (Hartford), The Morning Call (Allentown, Pennsylvania, Orlando Sentinel, Carroll County Times (Maryland) and the Baltimore Sun.]

Disclosure: Our cruise was hosted by Viking River Cruises but any opinions expressed in this post are our own. 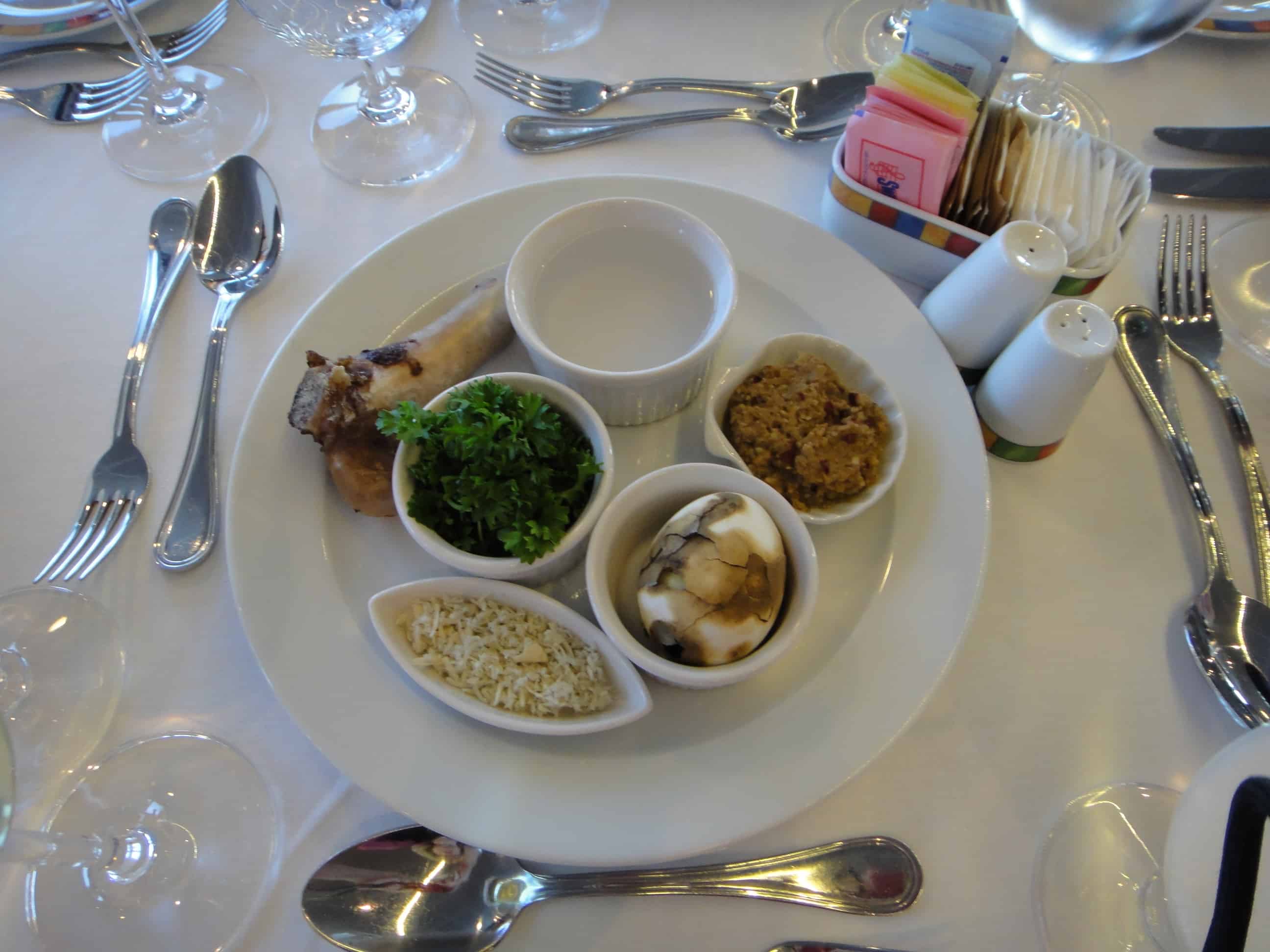 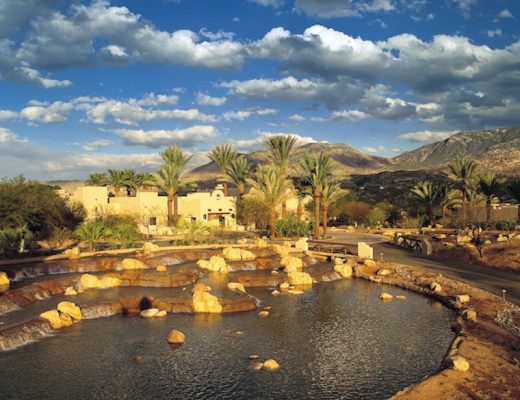 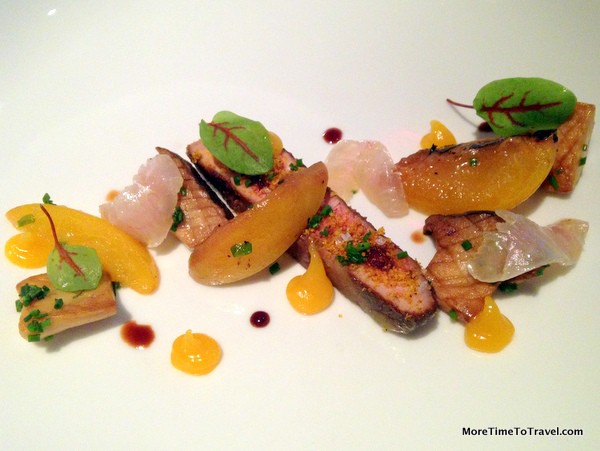 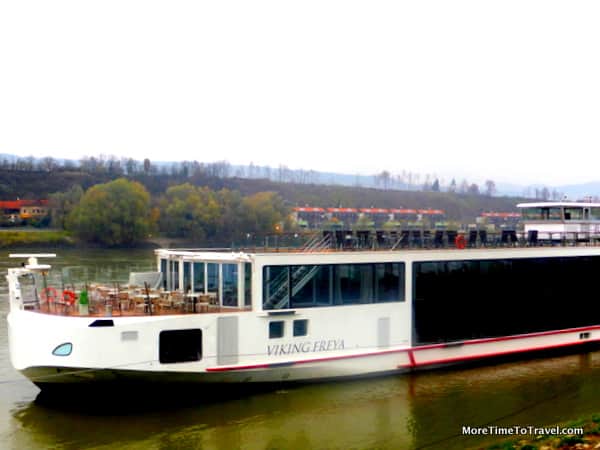