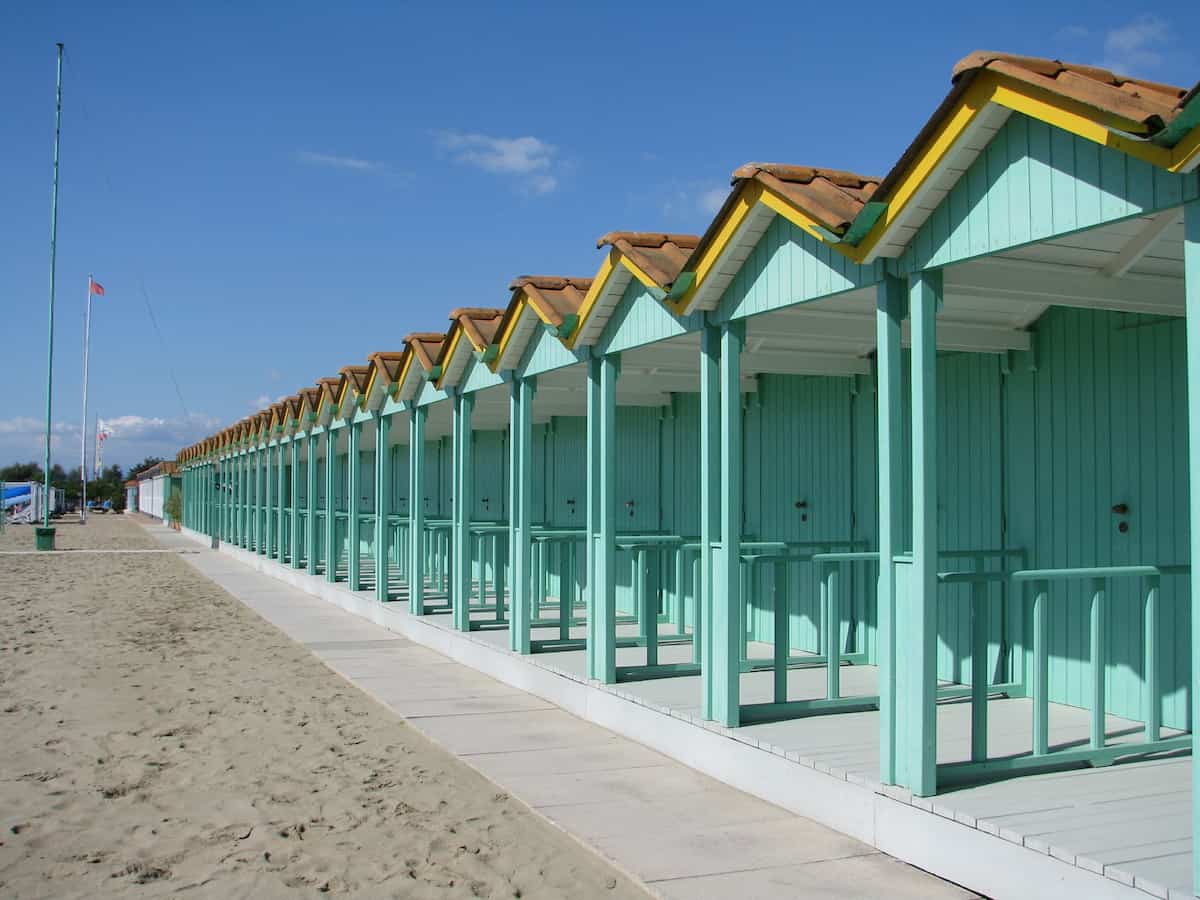 Security, a new thriller now airing on Netflix is set in Forte dei Marmi, Italy. The story takes place off-season, during winter, making everything seem a bit eerier. Marco D’Amore stars as a security expert who has a bird’s eye view into the private lives and secrets of the wealthy people in town. Everything seems picture postcard-perfect but it isn’t.

When we watched this suspenseful Italian import (dubbed in English) several nights ago, which weaves a gripping story, it brought back memories of an unforgettable trip to the same seaside town where we stayed some twenty years ago. 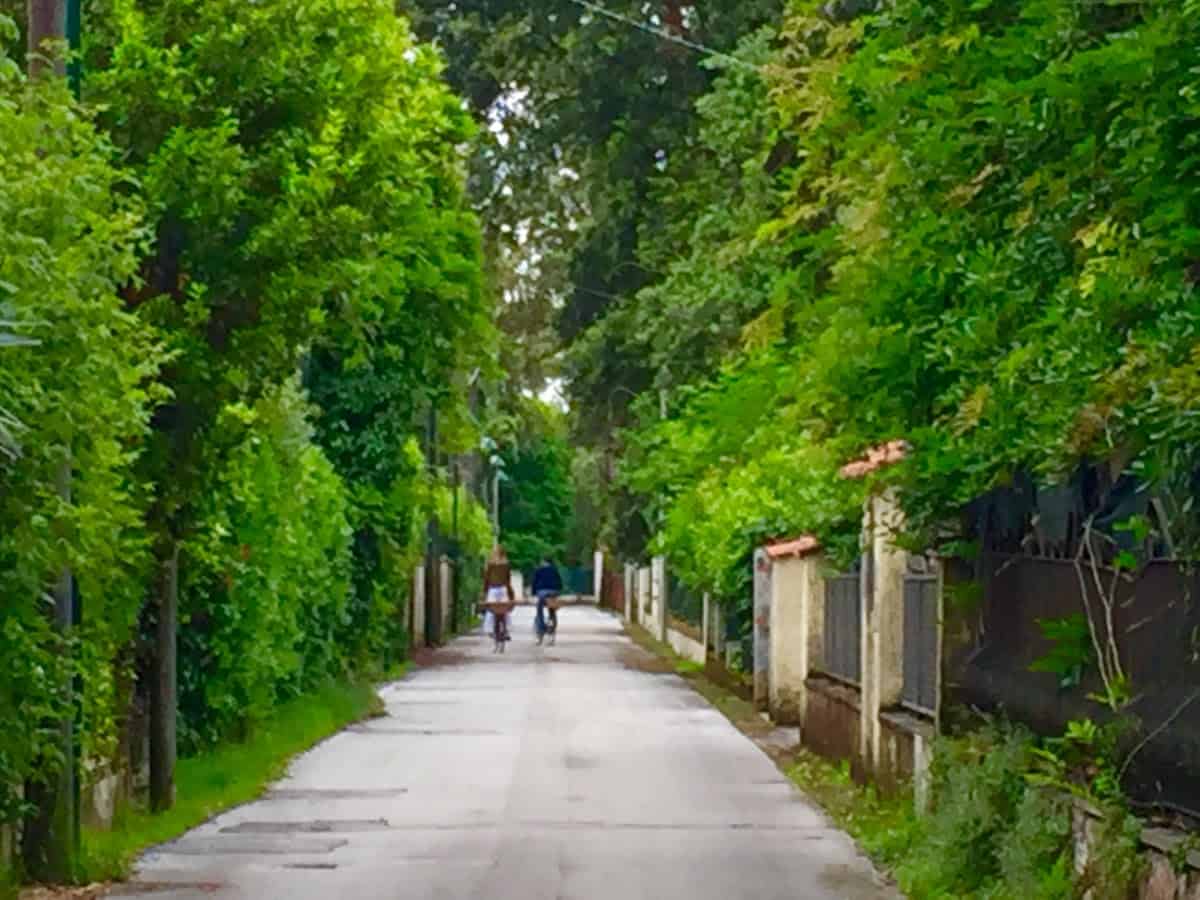 At the first signs of summer, hordes of Italians begin their escape from steamy cities like Rome, Milan and Florence and make a beeline to the breezy shores of the Italian Riviera.

Some of them retreat to second homes in Forte dei Marmi, an exclusive Tuscan beach enclave on the expansive Tyrrhenian Sea (part of the Mediterranean). Tucked behind iron gates and manicured hedges are large villas with lush gardens. Many are sited directly across from the wide stretches of raked beaches with rows of colorful cabanas. 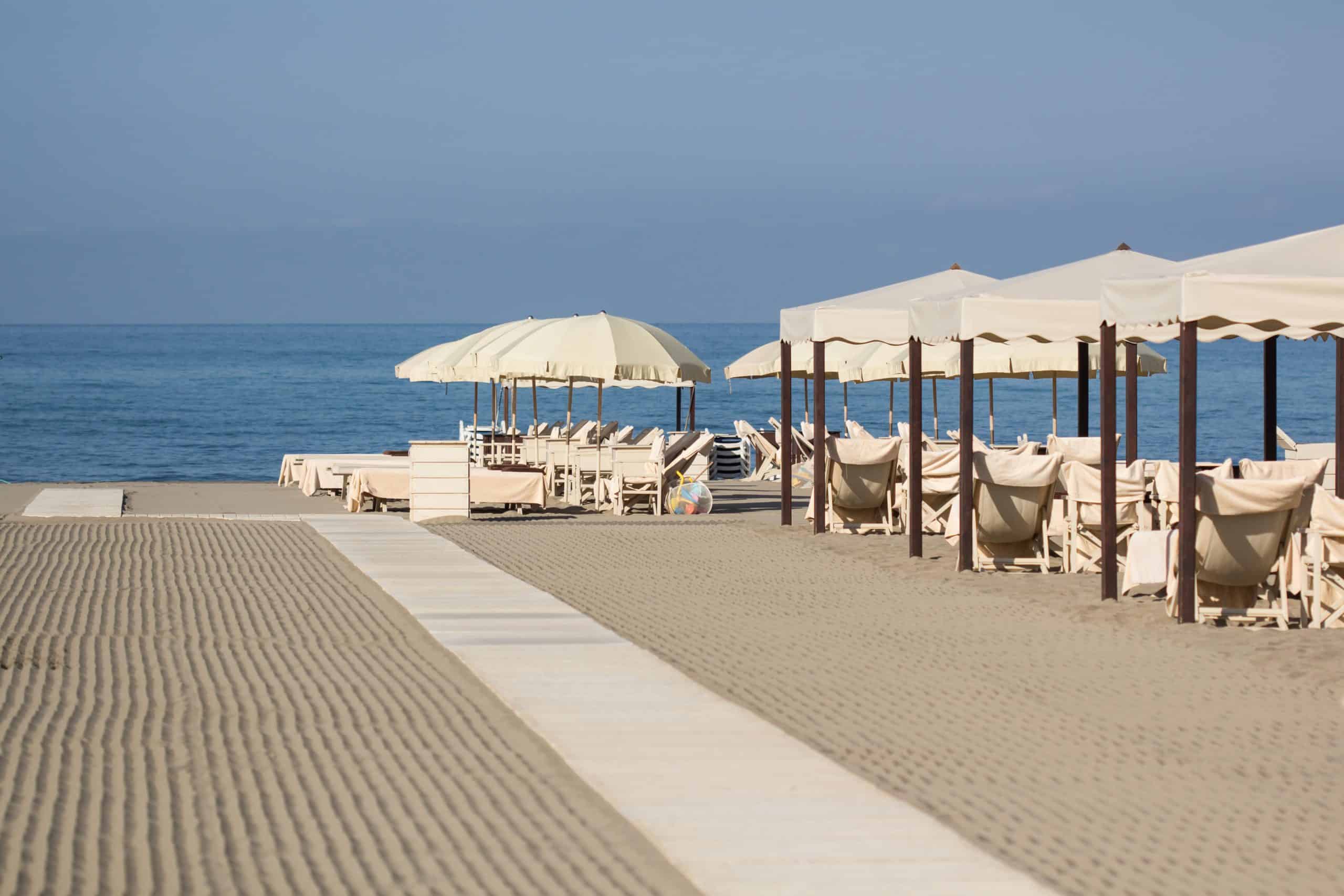 As a rule, Forte generally draws fewer day-trippers than other towns along the coast.

Positioned in the northwest corner of the province of Lucca, it is dramatically situated on a strip of land wedged between the sea and the white marbled Alpi Apuane, mountains reminiscent of snow-peaked Alps.

Long before the era of travelers searching for interesting home rentals on Airbnb, I found myself vacationing in a house next door to Andrea Bocelli.

Our villa by the sea

One summer, our Italian friends invited my husband, teenage son and me to spend a week at a century-old, brick, two-story house in Forte dei Marmi (where their parents lived until their death). It was just two short kilometers from their own, more contemporary summer place, offering a great opportunity for us to visit them and explore that part of Tuscany.

I’m not sure whether I should be embarrassed or proud of being an early follower of a superstar. But at the time, I was a rabid Andrea Bocelli fan, collecting all his CDs and watching his DVD, A Night in Tuscany, hundreds of times. So, of course, I knew that Forte dei Marmi was the same town where PBS filmed him riding atop a white horse on the beach.

How could I resist the invitation? 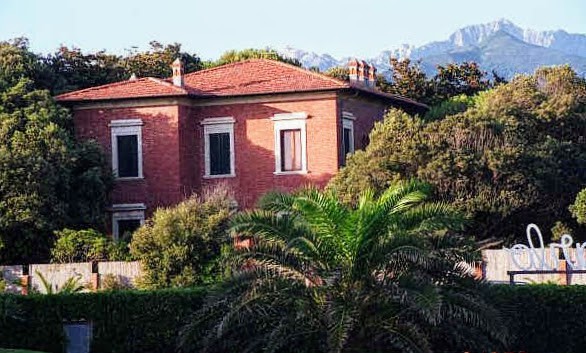 Our villa by the sea (credit: Jerome Levine)

The house we stayed in was located on Via Italica, a busy four-lane thoroughfare directly across from the sandy, white beach. Upon arriving, we learned how to open the creaky entry gate and jimmy the back door open with its skeleton key. Inside, wide green marble stairs with a rich mahogany balustrade led to our bedrooms, which overlooked the sea. We could see the line of private beach clubs outside our windows, with names like Giancarlo and Giovanna, filled with endless rows of cabins and beach chairs.

Each day, we enjoyed living the life of locals. We ate simple meals with fresh ingredients from a nearby local market, preparing them in the basement kitchen of the old house and dining outdoors on the patio.

Because Forte dei Marmi is so centrally located, it was a perfect launching pad for day trips to other nearby towns that are now amongst our favorites in Tuscany, including Lucca, Torre del Lago, the Cinque Terre, and Pietrasanta. The beginning and end of each day was marked with the opening and closing of the large green shutters on our windows.

To a New Yorker, the ambiance of Forte is somewhat akin to The Hamptons on Long Island but perhaps, a bit more lively. In mornings, summer residents zip around on bicicletti along the flat paved roads that traverse the town, often stopping at a bar for conversation over a quick espresso or sip of cappuccino.

Seeming to always be in motion, locals swim, run along the beach, or disappear to play tennis on clay courts skillfully screened from passing motorists. As the sun goes down, they take a passeggiata (the Italian tradition of an evening stroll) on El Centro, the busy town center. The dress code is minimalist and casual, but this is Italy, so it is also quite stylish. 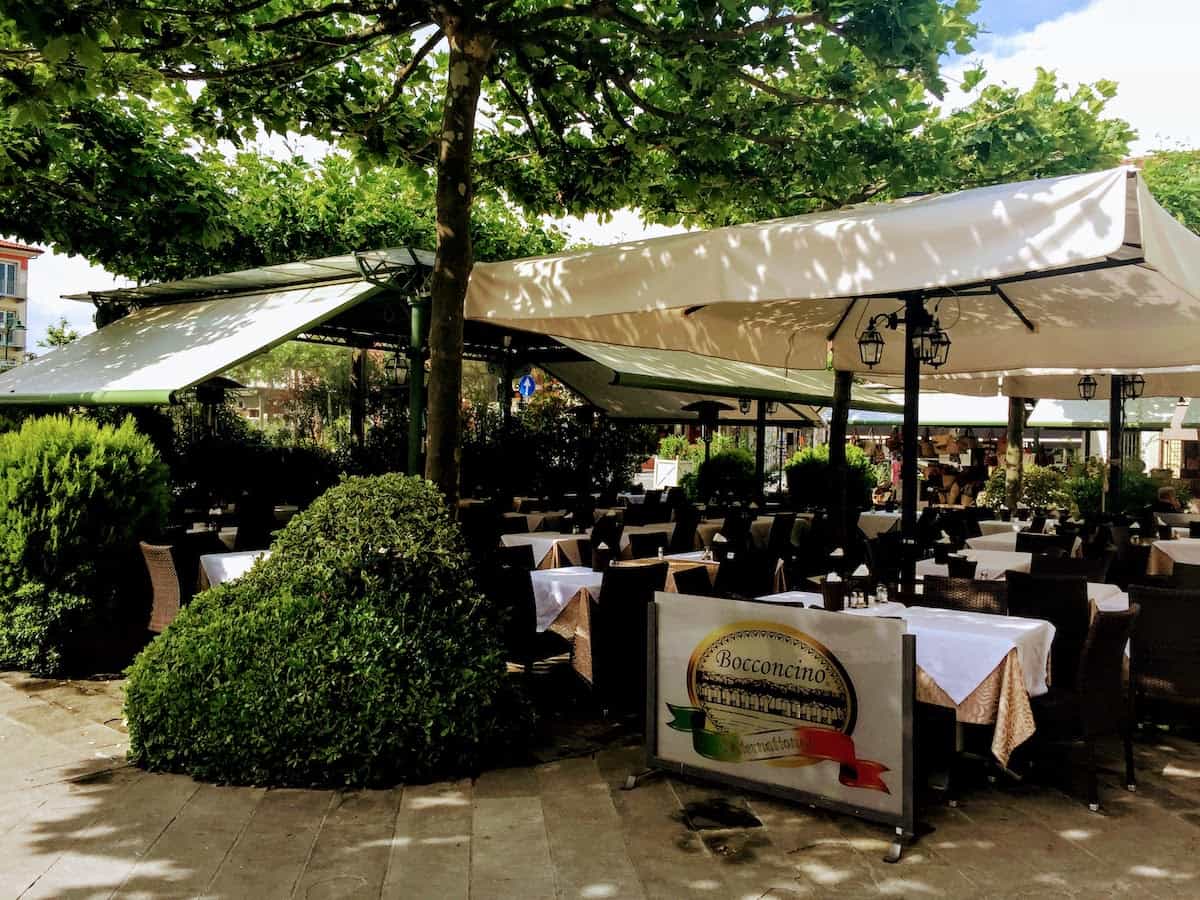 One of the trendy restaurants in the town center in Forte dei Marmi (credit: Jerome Levine) 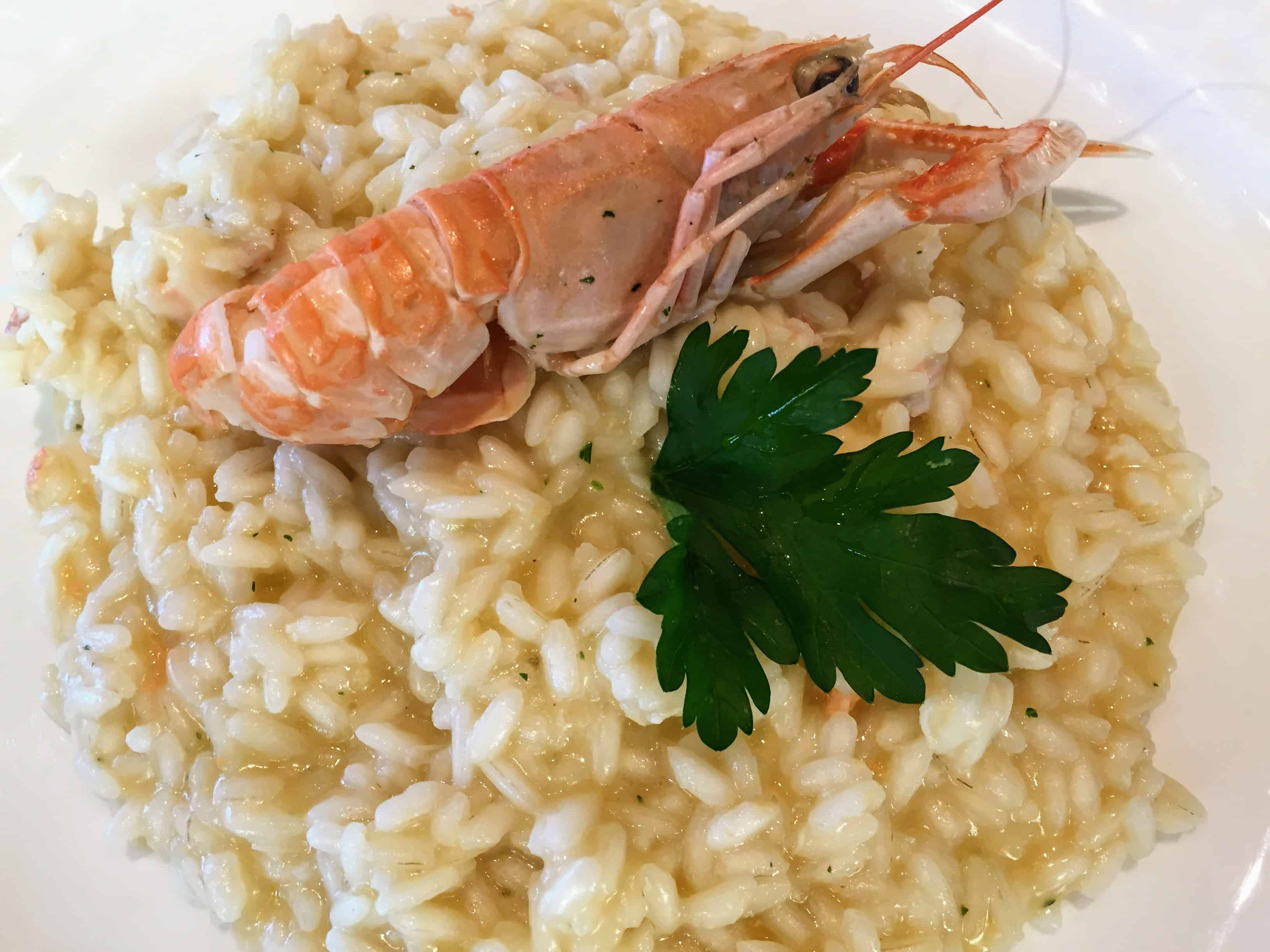 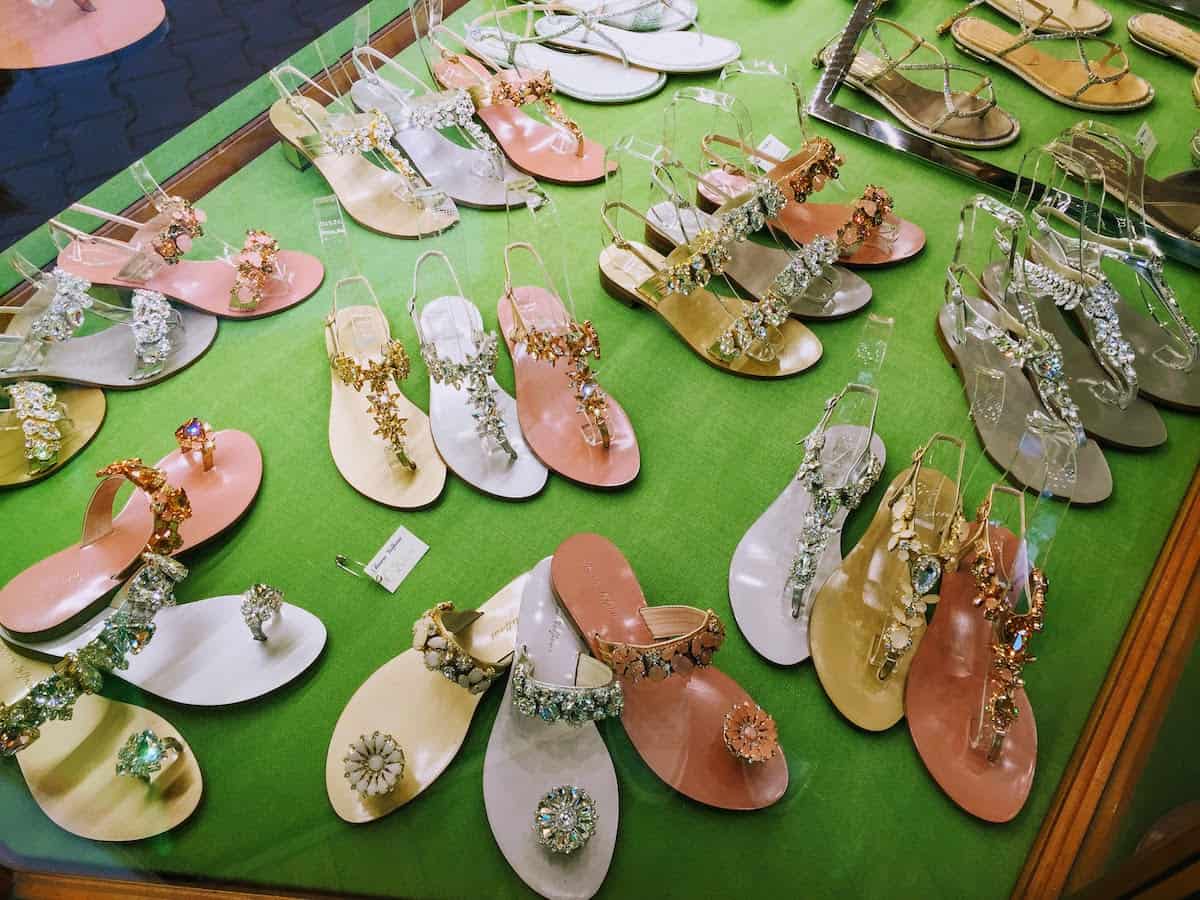 Teenagers on vacation tend to sleep late so we developed a ritual of our own. Each morning, while our son slept, we took a walk down the narrow dirt-paved road adjacent to our villa and headed to the local bar for a cappuccino and a decadent bombolone pastry. Like many others in the town, the villa adjacent to ours was surrounded by a tall fence covered with green canvas, the kind that might be used to provide privacy for a tennis court. In this case, it hid all signs of life from passersby.

One morning, on our way through the alley, I heard that unmistakable voice. My first thought was that it was a recording—but there was no musical accompaniment. After several moments, I realized I was listening to the pure unamplified voice of Signor Bocelli pouring out through an upstairs window. I surmised that he must have been practicing his arias because he would start and stop.

I turned to my husband for a second opinion who agreed that it was the heartthrob tenor who was singing next door. We lingered for several minutes and after the music ended, I began to feel like an uninvited voyeur who might get caught at any moment. But I must admit that it didn’t stop me from retracing my steps on successive mornings hoping to hear or see our neighbor again. I didn’t.

Two days before we were to leave Forte dei Marmi and continue on to the lake region, the phone rang in our villa. It was our friends, who knew of my admiration for their former neighbor, Signor Bocelli. They asked if we might like to meet him over drinks at their home later that evening. Bocelli was free. Were we?

Was there any question? 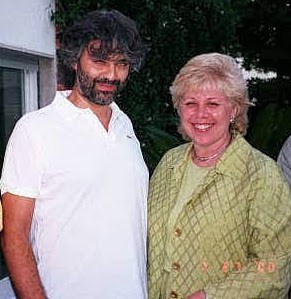 On a Thursday evening at 7, we made our way to our friends’ home in a residential area several blocks from our adopted villa. We sipped on Tuscan red wine on lounge chairs in the garden and a short time later, the doorbell rang. It was Andrea Bocelli, accompanied by his friend, Sergio. Dressed informally with black chinos and a white Lacoste shirt, he entered the backyard. We all shook hands, he greeted us warmly, and everyone was polite enough to make no mention of my adolescent obsession.

Andrea Bocelli stepped forward and greeted me Italian-style with a kiss on each cheek. With typical Tuscan humility, he told me how pleased he was to have this opportunity to meet me.

Since that meeting, our friends have sold the villa we stayed in across from the beach and we visit them in their newer home. In recent years, Forte dei Marmi has seemed to draw a more international crowd. There also has been a proliferation of hotels and Airbnbs.

What remains the same, captured by Security, is the picturesque setting of sand and sea that make summers in Forte dei Marmi magical.

An earlier version of this story was published on Forbes.com. 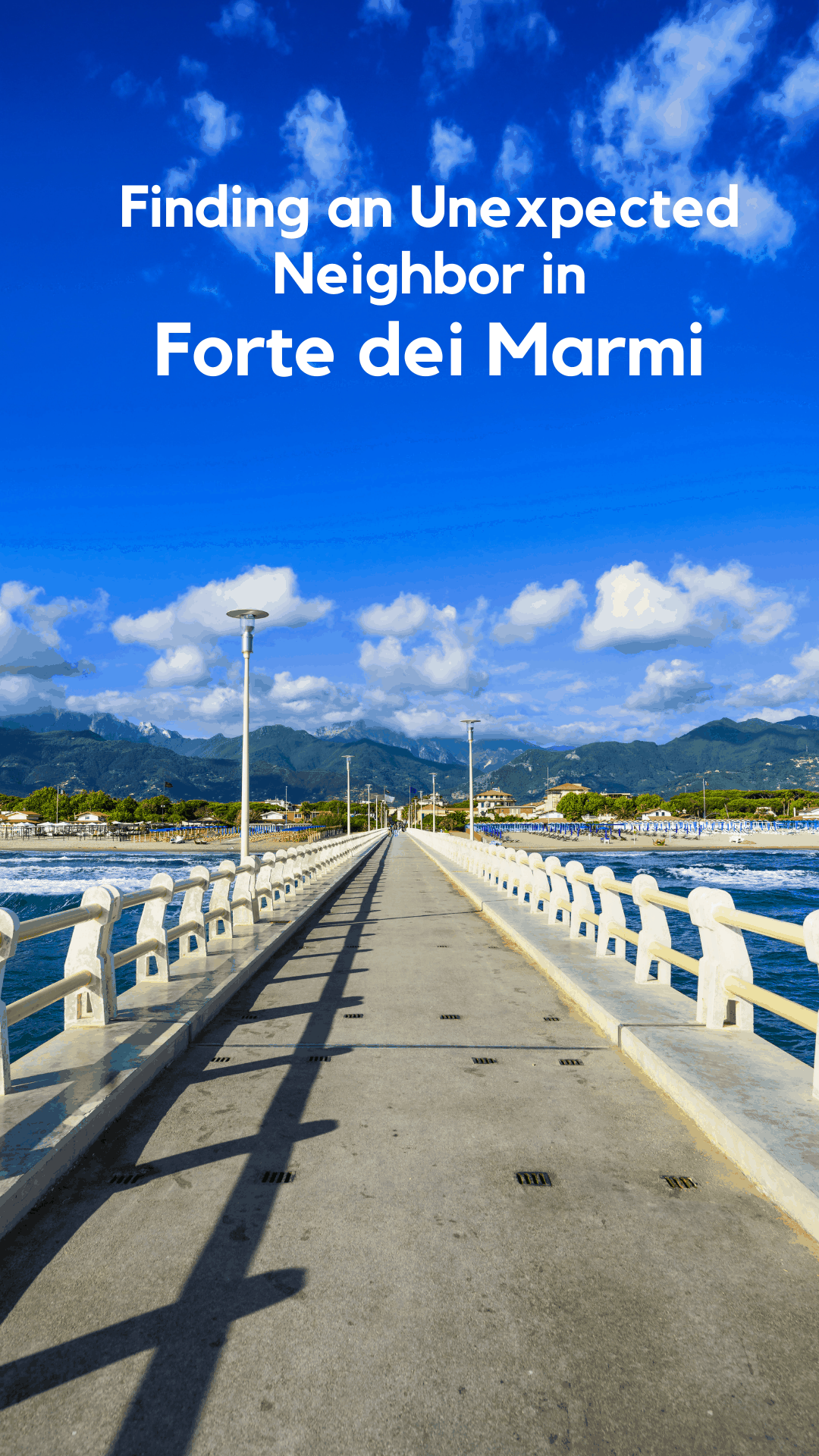 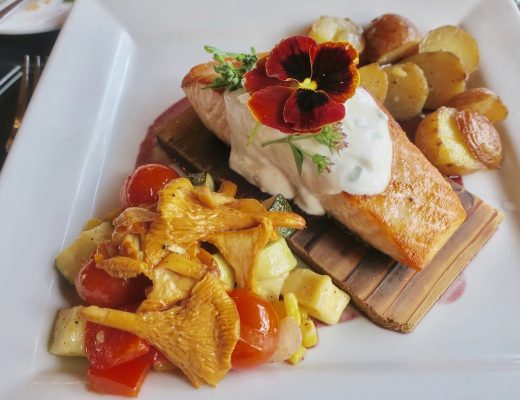 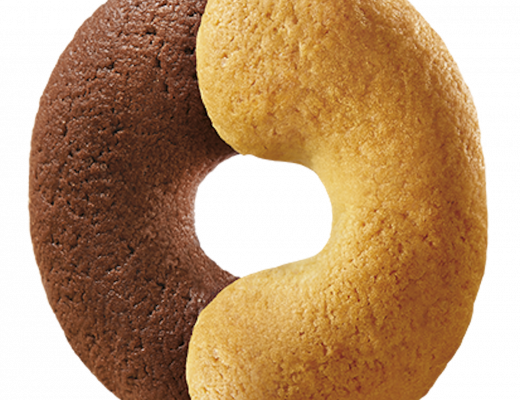 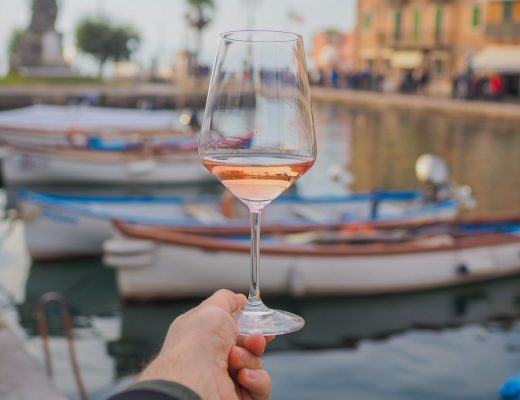 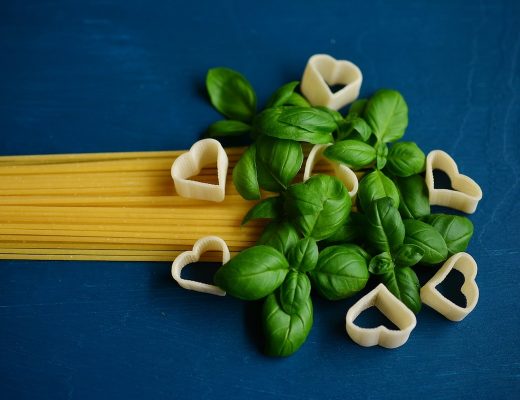 Pasta Etiquette in Italy: What You Need to Know