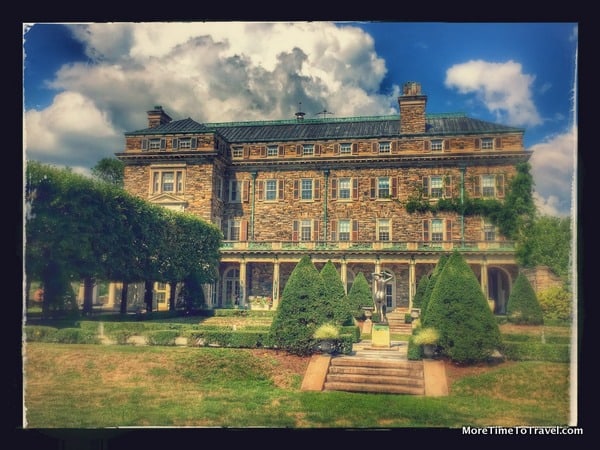 A Seekender goes local in her own backyard, Westchester County, and describes five of her favorite places.

As part of the Hampton by Hilton #Seekender team, Jerry and I love to make the most of our weekends. Although we enjoy discovering and exploring new places and traveling afar, we are currently taking a (hopefully) short hiatus from overseas and cross-country jaunts as we sell our home and get ready to move.

We are very fortunate to live in an area of the country where the possibilities for digging deep into history, enjoying farm-to-table cuisine from the surrounding Hudson Valley, and taking advantage of beautiful scenery and the great outdoors are boundless—right in our own backyard. It’s a place where we can create a staycation at home!

Each of the four seasons in Westchester County is distinct with its own unique beauty, whether its fall foliage, flowering trees in spring, snowy landscapes or the sun and water sports of summer. We love entertaining visitors and introducing them to these riches.

If you are visiting New York City for business or pleasure, we highly recommend you spend some time following in our footsteps. Although native New Yorkers call it “Upstate” (which really is inaccurate when you look at the map), you may not realize that Westchester County is less than one hour from the city. It’s easily accessible by car, train or even on a boat along the majestic Hudson River, which forms the county’s western border. It’s a wonderful respite from the concrete and hectic energy of Manhattan.

Here are some of our top picks for things to see and do in leafy, serene Westchester County, which has been dubbed New York State’s “Golden Apple:”

This living museum in Pocantico Hills, New York, was once the summer home of John D. Rockefeller, Sr. (founder of Standard Oil). Kykuit has been inhabited by several generations of the Rockefeller family, including Nelson D. Rockefeller, a New York State Governor and U.S. Vice-President. Each generation of the family has left its own mark on this historic house preserving and adding to both its stunning interior and to the beautifully landscaped grounds that sit on a hill overlooking the Hudson River.

The metal garden sculptures are works of art but especially noteworthy is the collection of contemporary art housed in a basement gallery in the house. Nelson D. was once the chairman of the Museum of Modern Art, which was founded by his mother Abby. His modern art collection showcases the works of Alexander Calder, Andy Warhol, David Smith and others.

Set on the banks of the Hudson River in the village of Tarrytown, New York, Sunnyside was the home of Washington Irving, the author best known for “The Legend of Sleepy Hollow” and “Rip Van Winkle.” An example of Dutch Colonial Revival architecture, the original cottage in which Irving lived dates back to the 1690’s and still contains many of the writer’s original mid-19th century furnishings. The grounds and views are breathtaking. 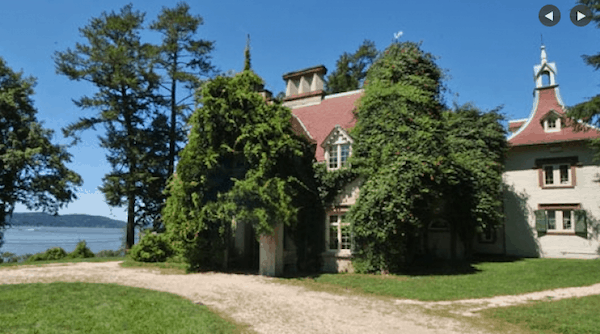 The house is set off a winding path lined with flowering trees, bushes, vines and water views that seem to wrap around the house. Now operated as a museum, Sunnyside is on the U.S. National Register of Historic Places and was was designated a U.S. National Historic Landmark in 1962. Be sure to also walk through the quaint downtown of Tarrytown with its Victorian houses, antique shops, and picturesque building facades, including the historic Queen Anne-style Tarrytown Music Hall, which opened in 1885. You might even be able to snag tickets for a concert performance. 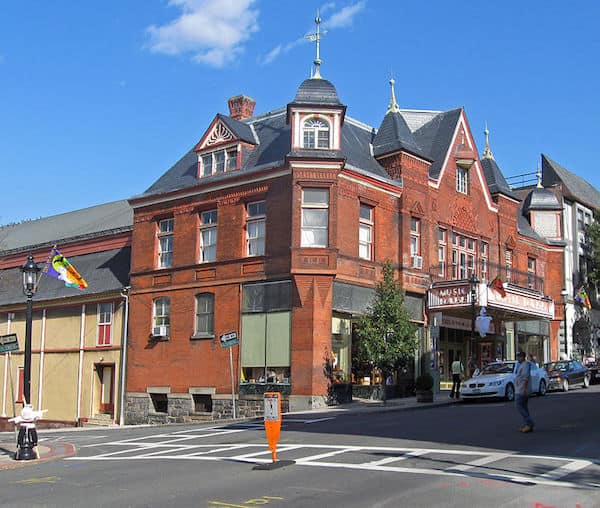 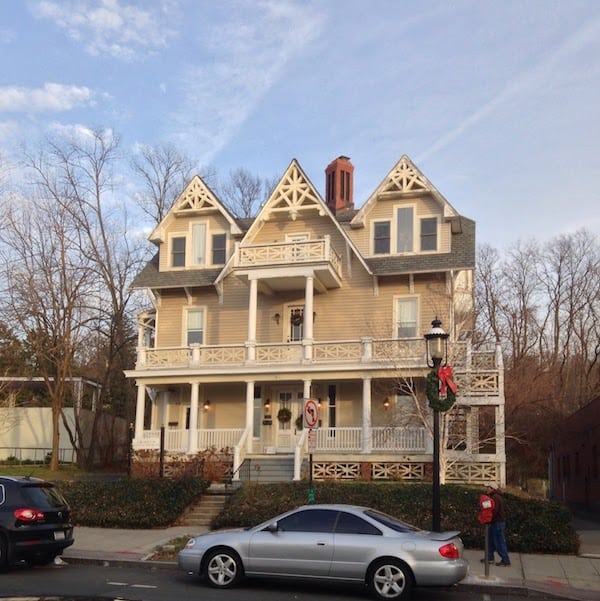 In nearby Sleepy Hollow (in what used to be called North Tarrytown), New York, Sleepy Hollow Cemetery is an example of the rural cemetery movement, also called “garden cemeteries” because they were designed to be park-like. Behind a modest iron gate—amidst the crowded gravesites of his family members—is the simple marble gravestone of Washington Irving. The only reason it stands out from the rest is because it is routinely kept clean and polished through the cemetery’s historic preservation efforts. 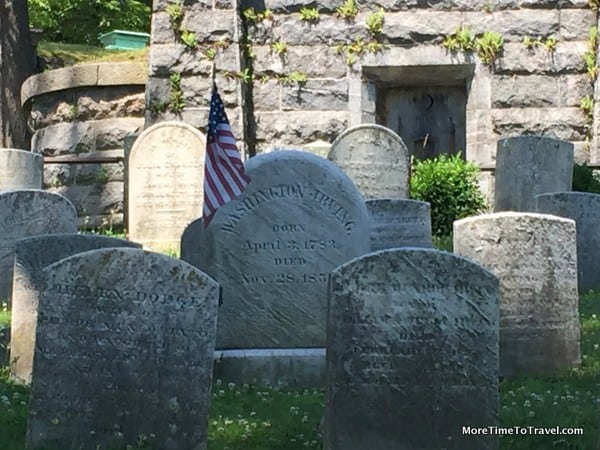 Other notables buried in this unique “local” cemetery include business icons and philanthropists with ties to Westchester County like Andrew Carnegie, Walter Chrysler, William Rockefeller, Elizabeth Arden and Brooke Astor. The most infamous and controversial burial site in the cemetery probably belongs to Leona (Queen of Mean) and her husband, Harry Helmsley. Stained glass windows on three sides of the mausoleum depict scenes of the New York City skyline. Another site not to be missed is the family gravesite of Daniel Delavan, a general in the Revolutionary War. Especially in winter, this perch offers spectacular views of the Tappan Zee Bridge, Hudson River, and New York City in the distance.

Rockefeller State Park Preserve, located in Sleepy Hollow, New York was made possible by the generosity of its namesake family, a contribution in keeping with the Rockefeller’s extraordinary commitment to the preservation of open spaces. Initially, the family gifted more than 800 acres of property to New York State; with subsequent bequests, the park encompasses 1400 acres.

The park includes a system of vintage carriage roads built by John D. Rockefeller, now accessible to visitors. Depending on the season, visitors can hike, run, fish (with a license), picnic, or go horseback riding. During winter, visitors can go sledding, snowshoeing, and cross-country skiing. With 180 recorded species, the park has been designated an IBA (Important Bird Area) by the National Audubon Society. Not surprisingly, the beauty of this park attracts many artists, including photographers and painters, whose work is often displayed in the gallery on premises.

In addition to other accolades (including making the Pellegrino list of the World’s 50 Best Restaurants), Eater recently named Blue Hill at Stone Barns the “Best Restaurant in America.” Calling it a “restaurant” minimizes the significance of Blue Hill to the food world. Its chef and co-owner, Dan Barber, is nothing less than a culinary visionary. Set on 22 sprawling acres, Blue Hill is a farm and agricultural education center. The restaurant’s dining room (a beautifully renovated barn) is a theater of creativity and whimsy.

There are no menus and, in fact, no two tables are served the exact same meal. What is consistent is that everything that comes out of the kitchen is fresh and sustainable; seasonally-driven; and sourced from this farm or others in the surrounding Hudson Valley. Although the restaurant is located on a two-lane country road, Blue Hill has become a world-class dining destination so it’s tough to get reservations. Plan ahead!

For more information about the broad range of attractions in Westchester County, see:

If you are visiting New York City and planning a Seekender weekend of your own in Westchester, all the attractions above are convenient to the The Hampton by Hilton property located on Route 119 in Tarrytown.

A welcome escape from the bustling city, the hotel offers a complimentary shuttle service to tourist attractions within a four-mile radius of the property. 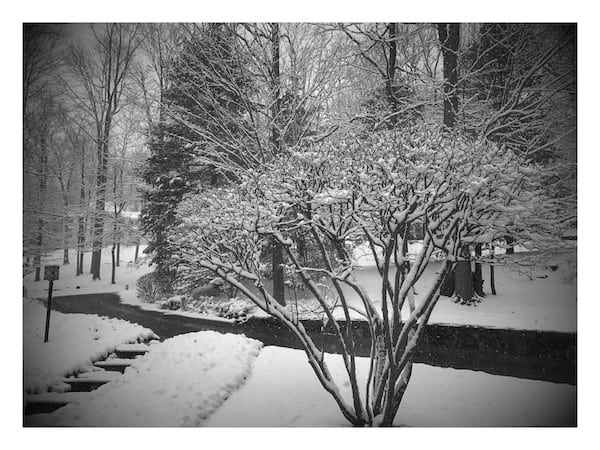 Disclosure: As a member of the Seekender team, this post was sponsored by Hampton by Hilton but all opinions expressed in this post are my own. 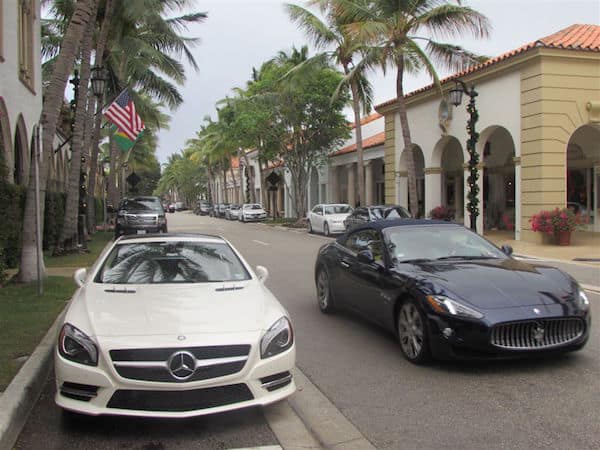 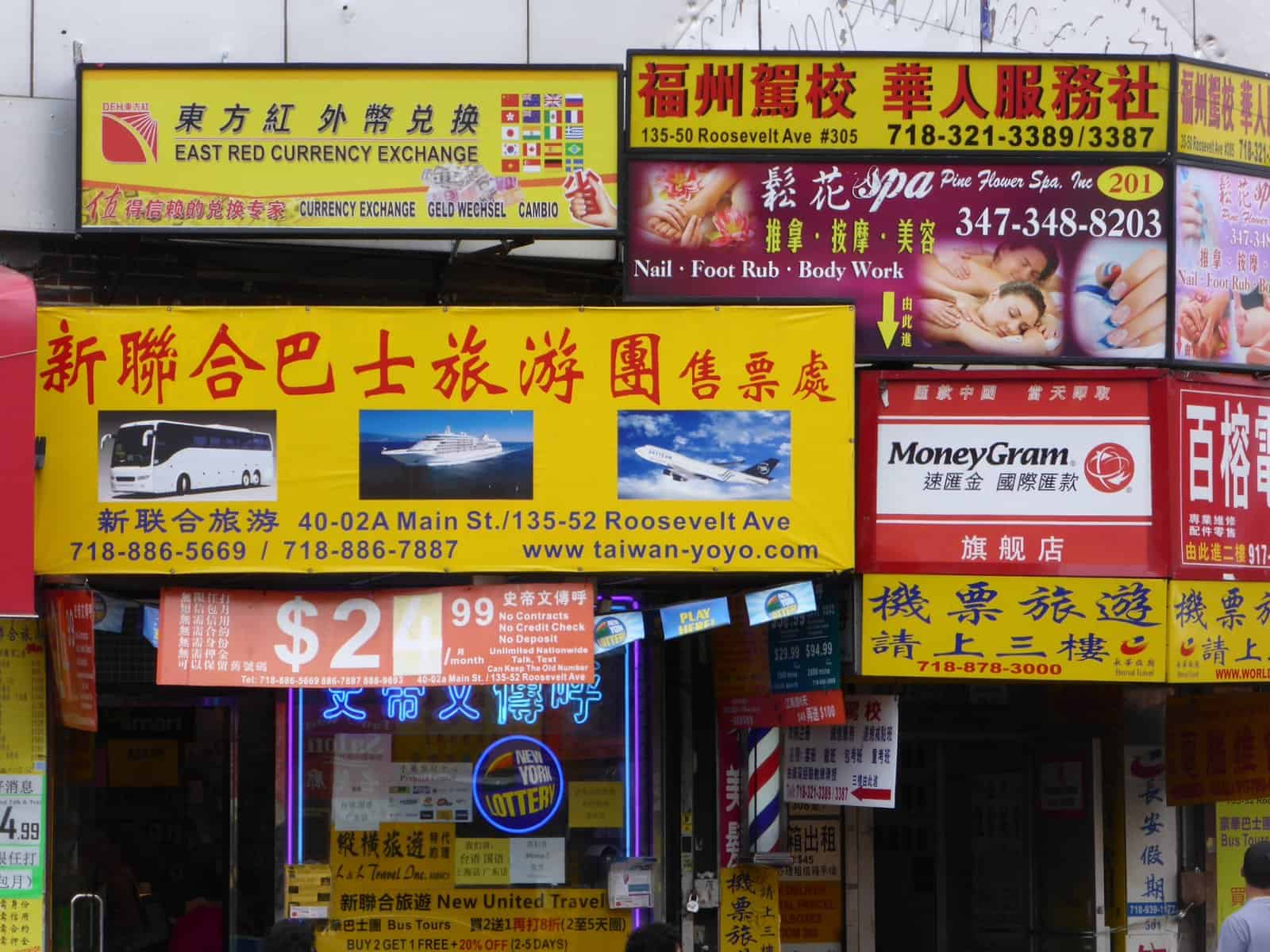 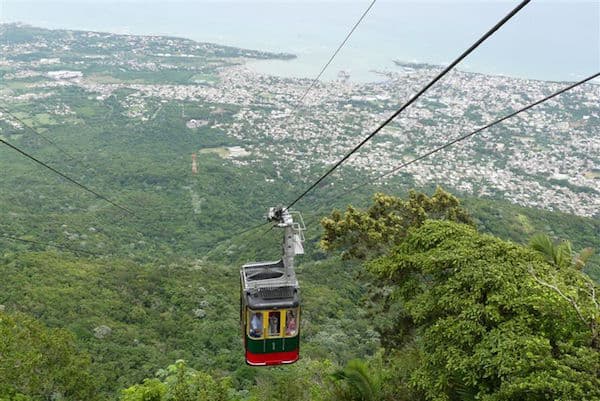 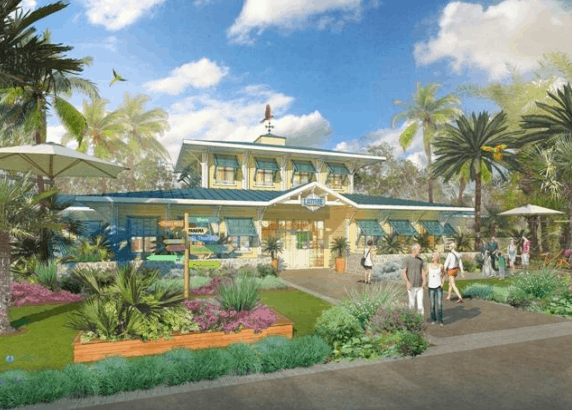 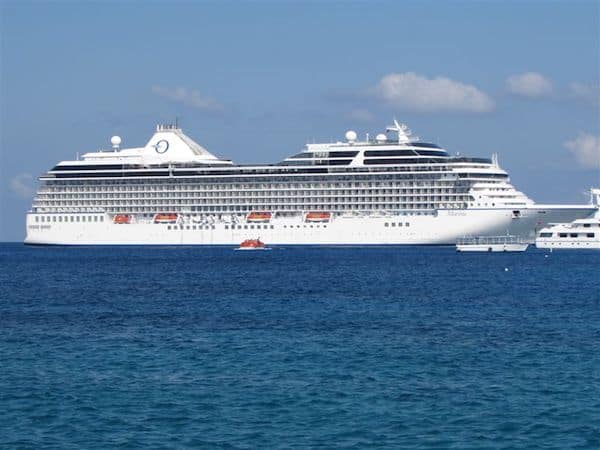