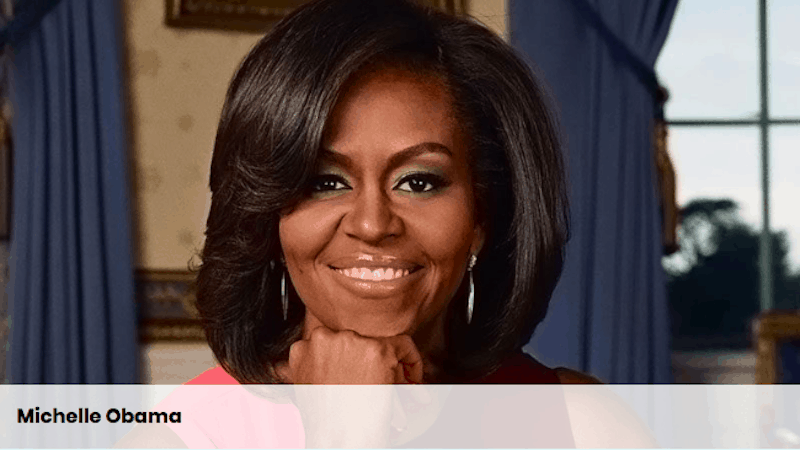 Sometimes, the most meaningful trips are those taken close to home. Guest contributor, *Deborah Burst, shares her heartfelt report of meeting Michelle Obama in New Orleans at the American Library Association national conference.

We all have those precious moments, the kind that stays with you, treasures tucked in the far corners of your mind. As we get older they tend to be few and far between, and they often pop up when you least expect it. And then one day you find yourself sitting just rows from one of your all-time heroes, Michelle Obama.

The invite came out of the blue. As a travel journalist and author, I’m a member of the New Orleans chapter of the Women’s National Book Association and they forwarded an email from Pelican Publishing (a local publishing company in Greater New Orleans) offering a free pass to the American Library Association national conference. The first to reply would win the pass and Michelle Obama was the opening speaker, I immediately replied and well, the rest is history.

I was beyond excited, but then there was the logistics of parking and waiting in line. Get this, it was general seating, the line began at 9 a.m., doors opened for seating at 2 p.m., and the event began at 4 p.m. Yeah, I know, right?

Luckily a good friend of mine, Karen Block Breen, bought tickets and joined me. We coordinated the transportation, went inside, grabbed two chairs, waited for ninety minutes, and had the most delightful time catching up and talking to people in line.

Finally, the line moved, we were about twenty rows from the front and there were big screens everywhere. Filled mostly with librarians, authors and people connected to the publishing industry, you could feel the electricity, a constant buzz that seemed to get louder and louder as the time drew near. Add to that the blaring music, big hits from the 80s and 90s, and it was like sitting at the Grammy’s waiting for the superstar to take center stage. 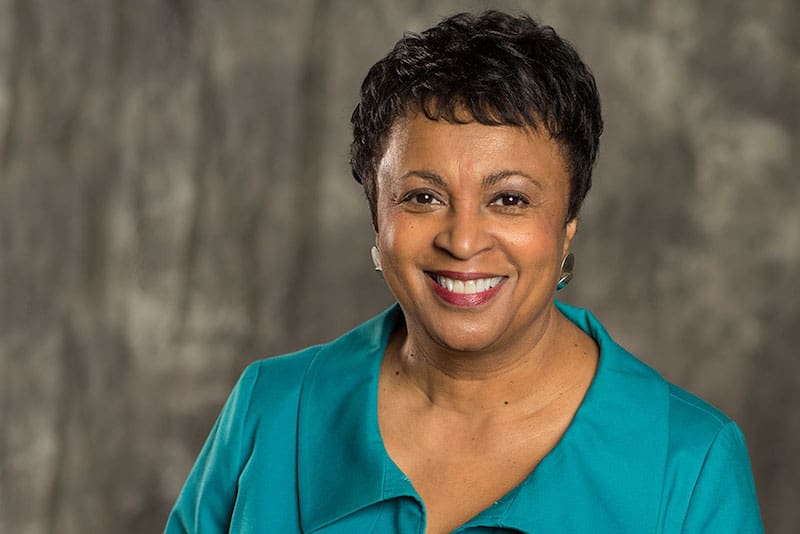 Just minutes away with everyone on the edge of their seats, the buzz grew louder as thousands of eager professionals waited for their real live Wonder Woman. Michelle Obama, the former first lady of the United States, walked on stage greeted with deafening cheers and many tears.

An amazing woman, humble, funny and very driven, we laughed, we cried, but most of all we were inspired.

Throughout Michelle’s talk, there were multiple connections; those heart-to-heart talks with mom on making those dreams come true: Travel more or start a new career.

But then, there were moments when you realized she has fought many more battles. A woman of color who began life in a Chicago blue-collar family, a woman who like us wants it all: a career, a family, and to help those less fortunate. And here she was sharing her story, how she grew up, how the library opened her eyes, and how her life forever changed.

Michelle watched her father, Fraser Robinson, a blue-collar worker, work long hours through the pain and hardships of multiple sclerosis. “No complaints,” she said with a pause. “He made sure his son (Craig Robinson) and daughter got a good education, colleges like Princeton and Harvard.”

There was a time when Michelle came close to giving up her career for her children, Malia and Sasha Obama. Something she admits many women struggle with. She reminded everyone it’s vital that they have a support system, both family and friends. Marian Shields Robinson, Michelle’s mother, stepped in and together they worked as a team.

Grandma joined them at the White House to help care for her granddaughters and lived on the third floor where she often held what Michelle called “counseling sessions,” where people would come and confide their feelings. She wasn’t one to offer advice, but by the time you finished, you knew the answer.

It was difficult enough moving from executive to a spouse and even harder to a President’s spouse.

“We were measured by a different yardstick, and we didn’t have the luxury of making mistakes, we were laying the foundation for others to follow.”

More than transitioning to First Lady, she had to help her girls become first daughters. And she had some pretty comical stories, like dad attending a school event. That heavy-duty entourage of vehicles, secret service agents, the arsenal of machine guns, and don’t forget the sniper ready for action on top of the roof.

Michelle laughed and said, “The kids starting telling Barack, ‘Dad you really don’t have to go to my recital.’”

But then it did have its advantages, “Guns at the prom, yeah, we liked that!”

They also had the inside scoop on those teenage parties too, like the secret service agents telling them, “There were no adults at the party.” Laughter broke out at her timely confessions, balancing the hardships with life in the fast lane.

She traveled the world preaching the benefits of exercise and healthy diets along with her role of first lady traveling with Barack. It was mind-boggling at times.

“The Pope one week, the Queen of England the next,” she said with a big smile.

If I had to pick one overwhelming message of the talk, it was about helping children. As she said, “No one is born troubled, but we have a lot of broken kids, and we need to do a better job.”

She reminded everyone it begins at the dinner table growing up, adults listening, and a place where kids can air their woes and celebrations. Some don’t have that luxury and that’s when librarians and teachers have to fill the gap. Children, Michelle echoed, need kindness and empathy, like a hug from a librarian or listening to volunteers reading out loud. There were many bouts of applause, people nodding their head; Michelle was speaking their language.

Michelle’s book, Becoming, is due out this fall and she admitted it has consumed her with deep-seated memories and a good amount of self-examination. 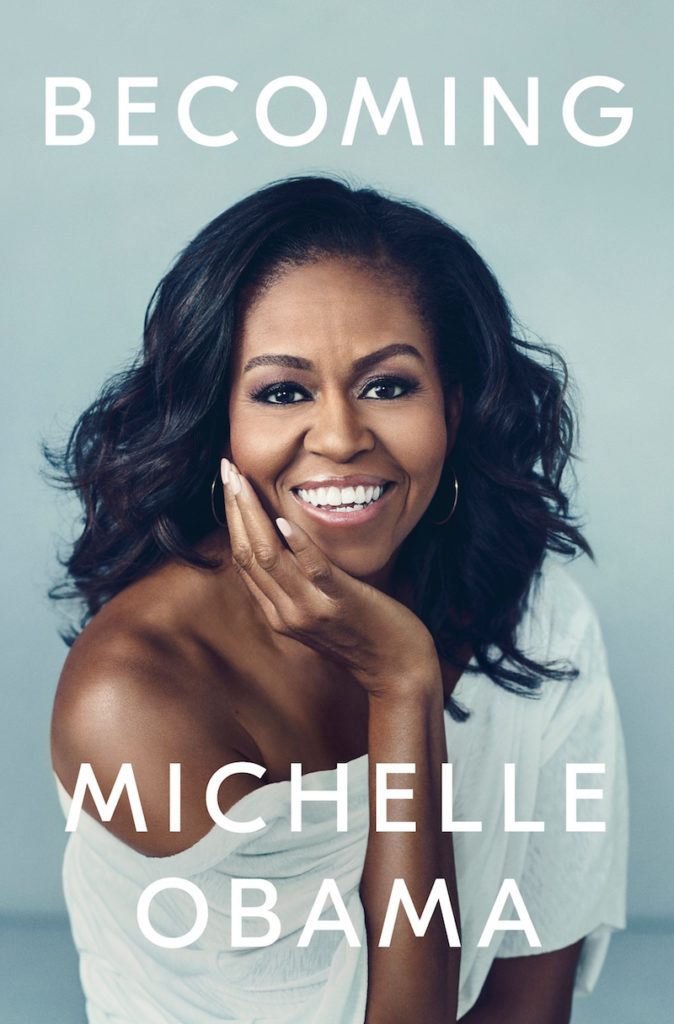 When Carla Hayden asked her to share a synopsis of her book, Michelle summed it up, “It’s a rehumanization effort for me, and a black woman from a blue-collar background with the opportunity to tell her story is rare.”

She added, “So many feel like they don’t exist because their stories don’t get told. We all belong, ordinary people with extraordinary stories, and I hope it helps others know they can do it too.”

In closing, Michelle said, “Keep the conversation going, the stories, don’t forget the human part of us, be more empathetic, more inclusive and forgiving.”

Deborah Burst is an author, award-winning freelance writer and photographer, Deborah Burst has published more than 1,000 articles and twice as many photographs including national covers. A New Orleans native, her taste for luxurious travel runs deep with reviews of world-renowned restaurants and historic hotels across the country. She has written five books in five years featuring travel throughout the south, and a trail of historic churches, cemeteries and ancient forests. She is also a contributor to GettingOnTravel. 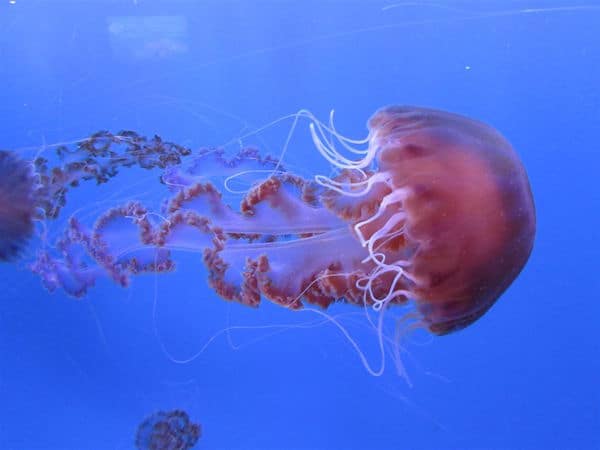 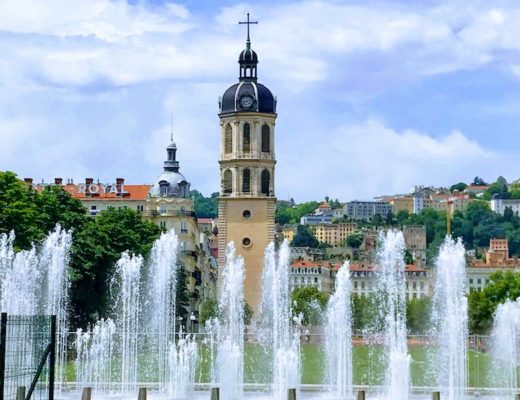 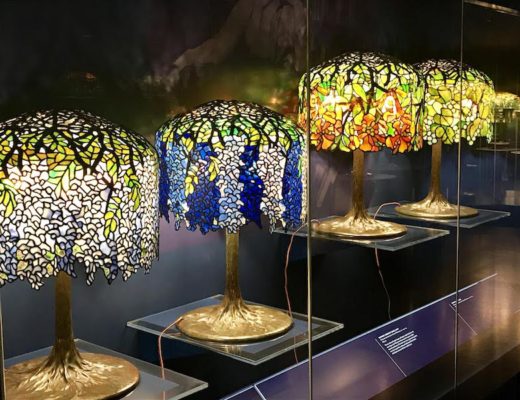