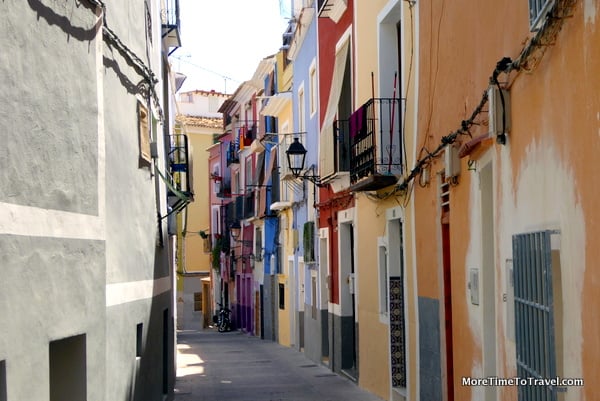 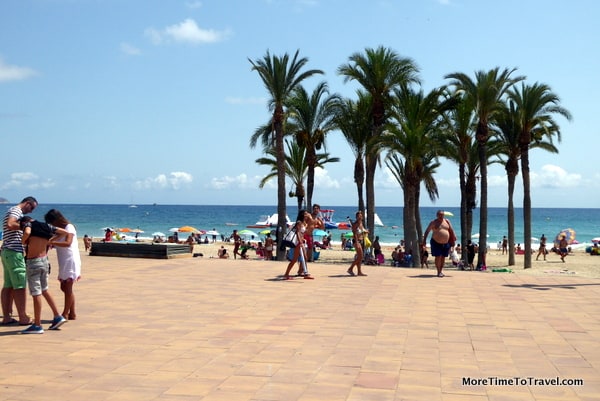 The charming beach town of Villajoyosa offers the visitor a glimpse of provincial life in Alicante.

Sometimes on an ocean cruise, you’re lucky enough to visit an off-the-beaten-path place to which you yearn to return. It’s a real place—with real people and few tourists—and you are so smitten with the small taste you’ve had that you wish you could stay longer and dig deeper.

Such was the case when we visited Villajoyosa, a small beach town on the Mediterranean in the Spanish province of Alicante that boasts 300 days of sunshine each year. We imagined staying there for a week or for a summer, and even fantasized buying a flat. 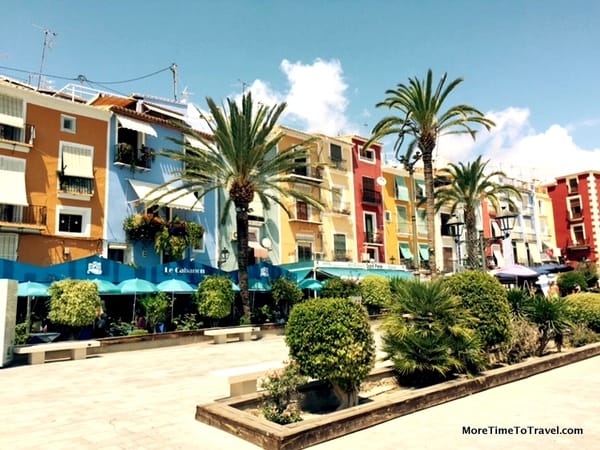 Promenade beside the beach

We arrived here as part of a shore excursion on our 10-day Regent Seven Seas Mediterranean cruise. At the port of Alicante (the port city in the region of the same name), we chose a complimentary tour that entailed a half-day visit to two small towns along the Costa Blanca (White Coast): Villajoyosa and Altea (a nearby “white city” that is a posh artist colony).

Our tour guide, Ivan Llorca, explained that although Altea was one of the most beautiful cities in Spain, to him, visiting Villajoyosa was almost like going home. He would be taking us to see the town where his grandmother lived.

It was here, too, that he had gotten his first job as a “Valor Boy” almost two decades ago, traveling around the country on a green antique truck, handing out free chocolates (as a marketing gimmick from Valor, the largest chocolatier in Spain, which is based in Villajoyosa). He joked that he couldn’t ever be sure whether the young women were swooning over him or the chocolate. 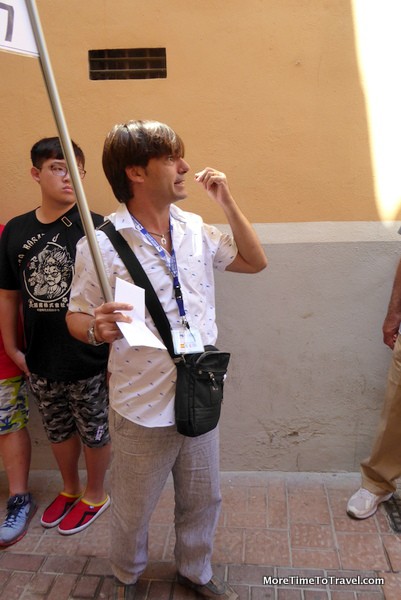 Translated into English, Villajoyosa literally means “The Happy Place” but locals simply call it La Villa. The town has two distinctly different but complementary parts, a modern city at the top with all the services one might need—and a charming, well-preserved walled old town below that ends at a golden sandy beach bordering the Mediterranean Sea. Bougainvillea hangs from the walls and potted plants line many of the alleys. 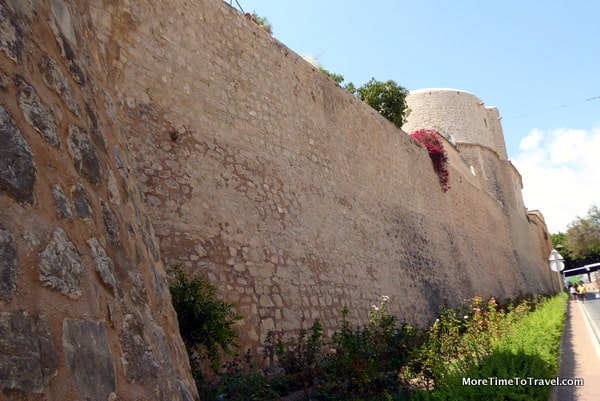 A portion of the well-preserved city wall 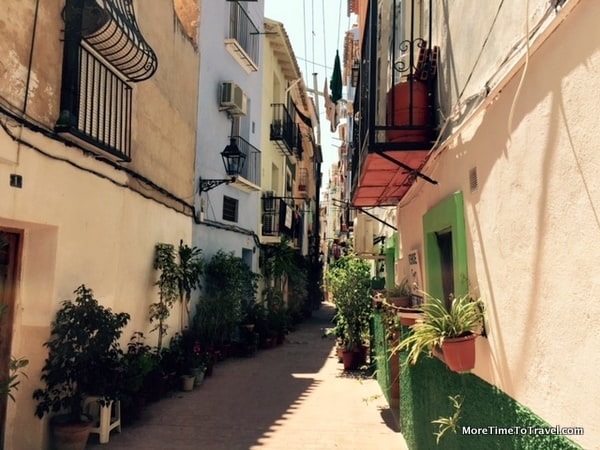 An alley with potted plants 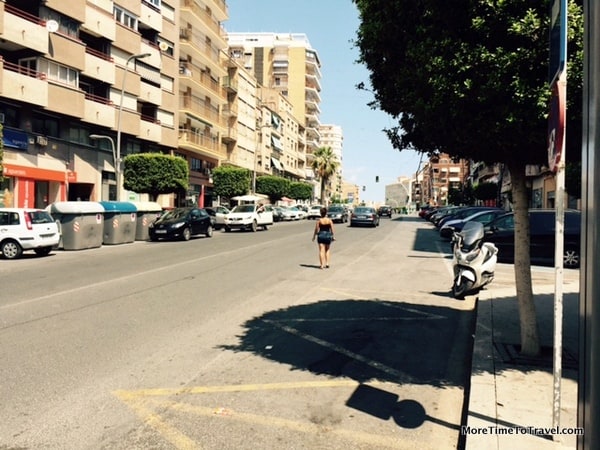 On the summer day we visited, the old quarter was fairly desolate. In fact, many of the brightly colored buildings had se vende (for sale) signs attached to the windows. Ivan explained that some of the buildings were so old and in such disrepair that the townspeople couldn’t afford to fix them up. Those with means had moved to more modern apartments. Thus, many nearly gutted shells of the buildings remained in the old town, which owners were trying to sell. 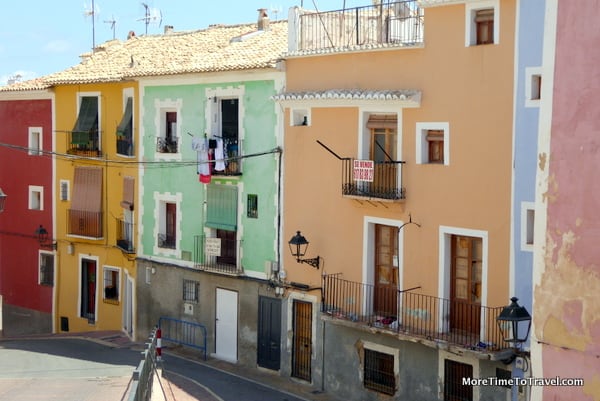 One of many houses for sale

Winding street in the old quarter of Villajoyosa 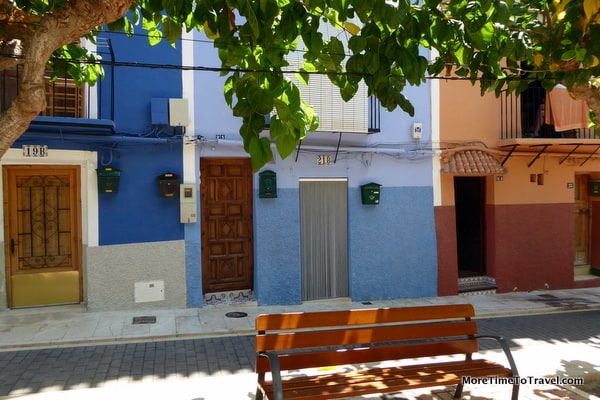 Some of the colorful houses 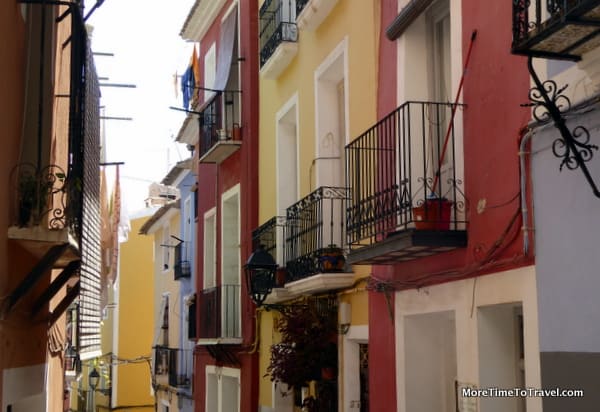 The apartments that were still inhabited had their doors wide open because people living there felt that safe, Ivan told us. Although only a handful of Villajoyosa hotels are listed on Trip Advisor, as we walked down the narrow streets leading to the water, the beach and small cafes and seafood restaurants were filled with families, some of whom had rented nearby flats for the summer. Yet even at the height of the season, the town didn’t feel crowded.

In contrast, only three miles away from Villajoyosa, the popular resort city of Benidorm is filled with so many high-rise hotels (including the tallest hotel in Europe) and casinos that its skyline looks like a miniature Abu Dhabi. In summer, the tourist population in Benidorm swells to half a million visitors.

Ivan explained that Villajoyosa had a long history as a fishing village dating back to the 1600s. Some parts of the original city walls still remain with houses built on top of them. When men would go out to sea, sometimes for months or years at a time, they would be eager to spot their homes from their returning ships, often with their mothers and wives waiting for them on the balcony. The bright colors on the facades made it easy for the fisherman to distinguish one house from another. 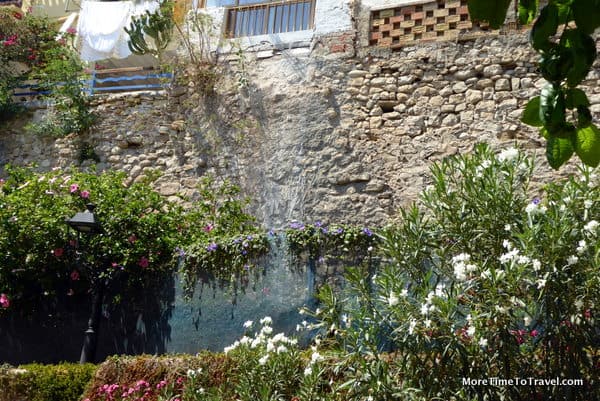 One of the preserved ancient walls with houses built on top 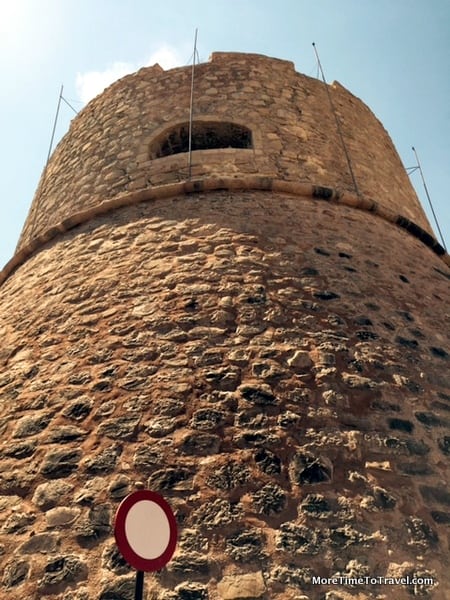 One of the defensive towers

In Villajoyosa, the fishing industry was integrally tied to the town’s prominence and economic success in the chocolate industry. Local fishermen used to sail to South America and Africa trading salt for cacao. Donkeys were used to carry the cocoa beans from the ships. At one point, when there were more than 100 chocolate production plants, the area was called “The Chocolate Road.”

The Valor chocolate company still remains in the town, along with its Museum of Chocolate and factory store. (Unfortunately, it wasn’t open in August.) In early July, the town hosts a raucous 8-day Moors and Christians Festival paying homage to its rich history of victory over pirates and invasions with dancing, music and fireworks. 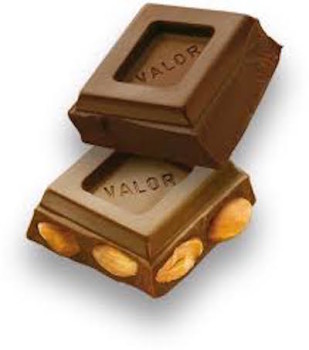 If you are traveling to Valencia, Villajoyosa makes for a great day trip, only 1½ hours away by car—with beautiful views of almond, fig and orange groves along the way—as well as the promise of a glimpse of provincial life in Alicante.

Disclosure: We were hosted guests on Regent Seven Seas Mariner but all opinions expressed in this post are our own. Most shore excursions, like this one, were offered at no extra charge to passengers on the ship. 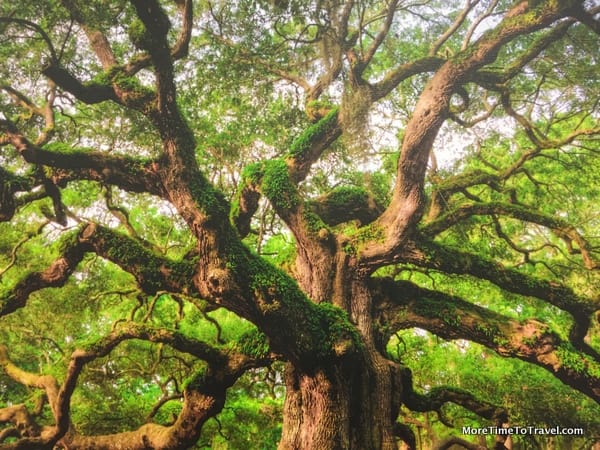 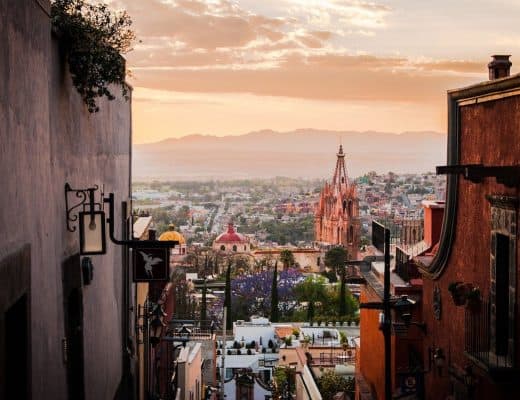 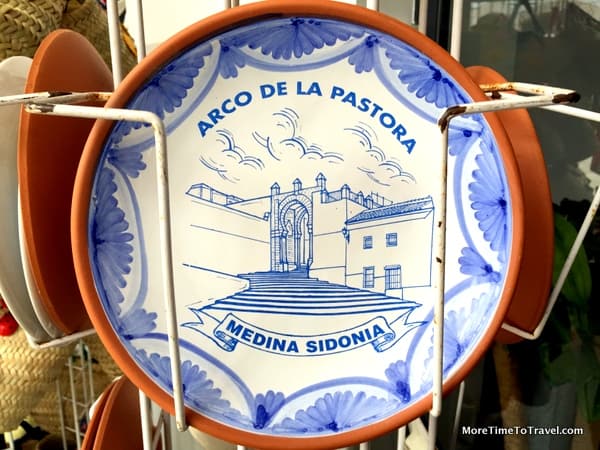 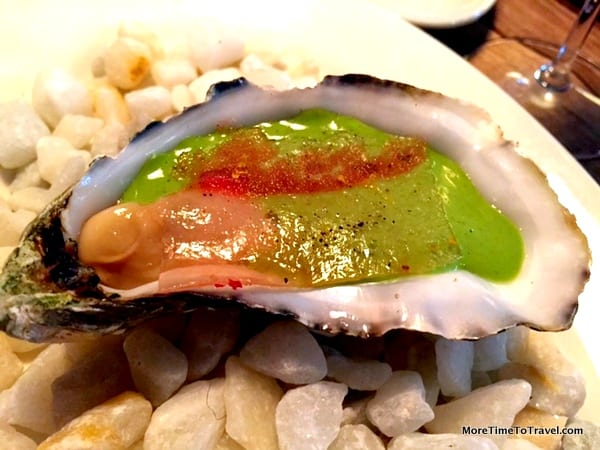 Suculent: Traditional Catalan tapas laced with a touch of whimsy