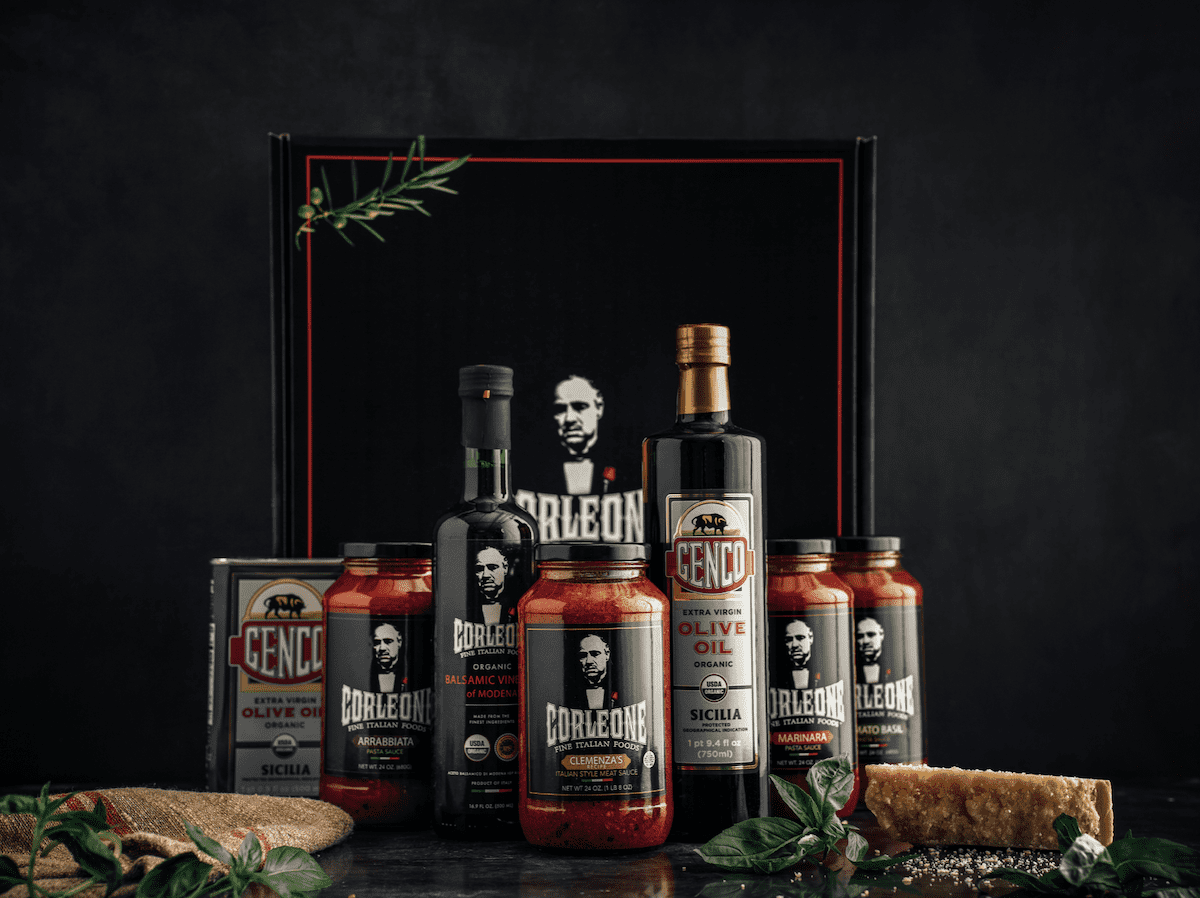 Unless you’ve lived under a rock, even those who haven’t seen the movie have heard about The Godfather.

Excitement about the 1972 Francis Ford Coppola film reached a fevered pitch this year, the 50th anniversary of its release. Scholars have called the movie based on the Mario Puzo novel, the greatest film in cinematic history.

In 1973, The Godfather won Oscars for Best Picture, Best Actor (Marlon Brando), and Best Adapted Screenplay (for Puzo and Coppola). This year, Coppola, the film’s director, was joined on stage by two of its stars, Al Pacino and Robert DeNiro, at the 2022 Academy Awards ceremony that paid homage to the compelling film. Recently, Paramount announced the release of a new 4K HDR version of The Godfather trilogy.

As part of the anniversary festivities, I was invited to a virtual event: “Celebrate 50 Years of The Godfather: At the Table with Corleone Fine Italian,” a talk hosted by the very entertaining actor and entrepreneur, Gianni Russo, and journalist Mark Seal, author of the encyclopedic Leave the Gun, Take the Cannoli: The Epic Story of the Making of The Godfather.

A virtual seat at the table

Well, I never received my invitation to the Academy Awards (and only saw “The Slap”) on TV but sitting in my own kitchen, I thoroughly enjoyed hearing Russo and Seal “dish” on some of the iconic movie’s food tie-ins that have inspired food products, recipes, cocktails, and cookbooks.

Many of the food traditions in the movie derive from Sicily, brought here during the wave of Italian immigration early in the twentieth century.

Seal’s copiously researched book tells the behind-the-scenes story of how the epic story of The Godfather was brought to the screen, overcoming many obstacles in its path.

He notes the significance of a movie that “revolutionized filmmaking, saved Paramount Pictures, minted a new generation of movie stars, made its struggling author Mario Puzzo rich and famous, and sparked a war between two of the mightiest powers in America: the sharks of Hollywood and the highest echelons of the mob.”

In the 1972 film, Carlo Rizzi, portrayed by New York-native Gianni Russo, marries into the Corleone crime family. After that part, the actor played scores of other mobster and gangster roles on TV and in film before becoming a successful businessman. In 2016, Russo was named the brand ambassador for Don Corleone Organic Italian Vodka. 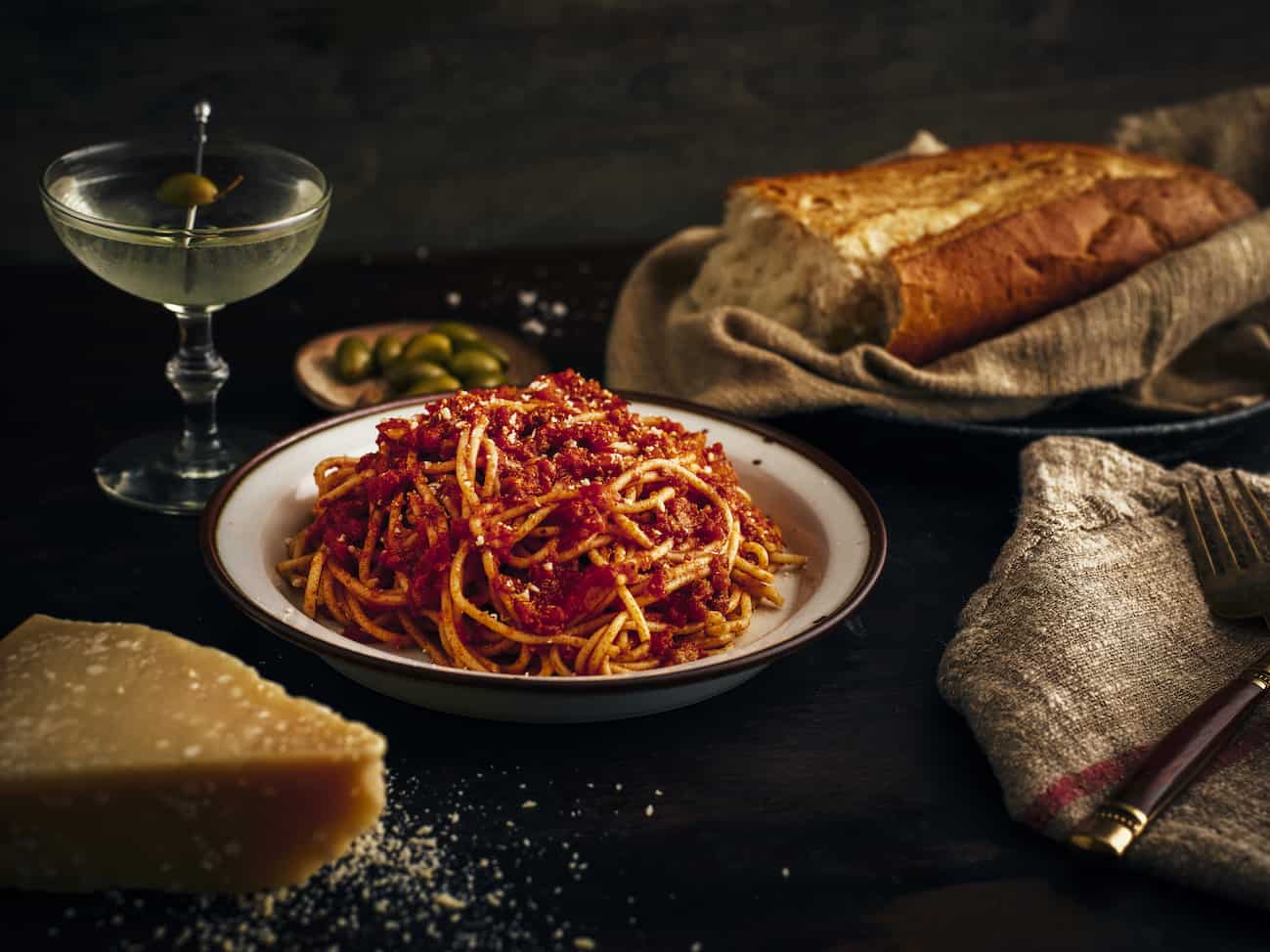 Foods that look like they came from Clemenza’s kitchen (credit: Josh Telles)

The lively discussion with Seal and Russo focused on how food and family are so integral to the movie, which depicted traditions that many see as the heart of Italian-American culture.

“It starts at a wedding and then it goes to events at Jack Woltz’s mansion in Hollywood. What are they doing there? Having dinner at that long table,“ said Seal. “And the cannoli scene. It’s so brilliant the way food is laced throughout The Godfather.”

“Our first rehearsal was a meal,” said Russo. “It was at Patsy’s up in Harlem. The whole cast was there. We rehearsed, we had food on the table, and he [Coppola] wanted the Italians to over-exaggerate their hand gestures and their mannerisms. “Non-Italians like Jimmy Caan who was Jewish and Marlon Brando who was Polish all had to become Italian in a week. It was very funny.”

“A lot of moments—the oom-pah band at the wedding, the singer—was totally what we [as Italian Americans] did in real life,” he added. “That’s why the film has so much realism. You could almost smell the garlic and oil coming from the screen.”

Many of the foods in The Godfather were actually authentic, rooted in New York City’s Italian-American community. Russo said that the wedding cake can be traced to LaRosa Bakery in the Bronx. “I found the bakery that I used on Staten Island many years ago for my own wedding. The set designer went down there and brought back all these big trays of cookies,” he recalled.

Another memorable scene from the movie takes place in Louie’s Restaurant (actually filmed at the Old Luna Restaurant on White Plains Road in the Bronx—which closed after the making of the film). Seal said he would have loved to have eaten that veal.

“‘Try the veal, it’s the best in the city.’ That was such an iconic line, of course, that scene was such a turning point for Coppola and Pacino. Both thought they might be fired before that scene was shot. It was fittingly done in a restaurant that Dean Tavoularis, the artistic director of the film found,” said Seal. “…he said when I walked in, it was like walking into a dream. It was so perfect. And that scene in the restaurant was so violent but at the same time, it was all about the food and the wine, too.” 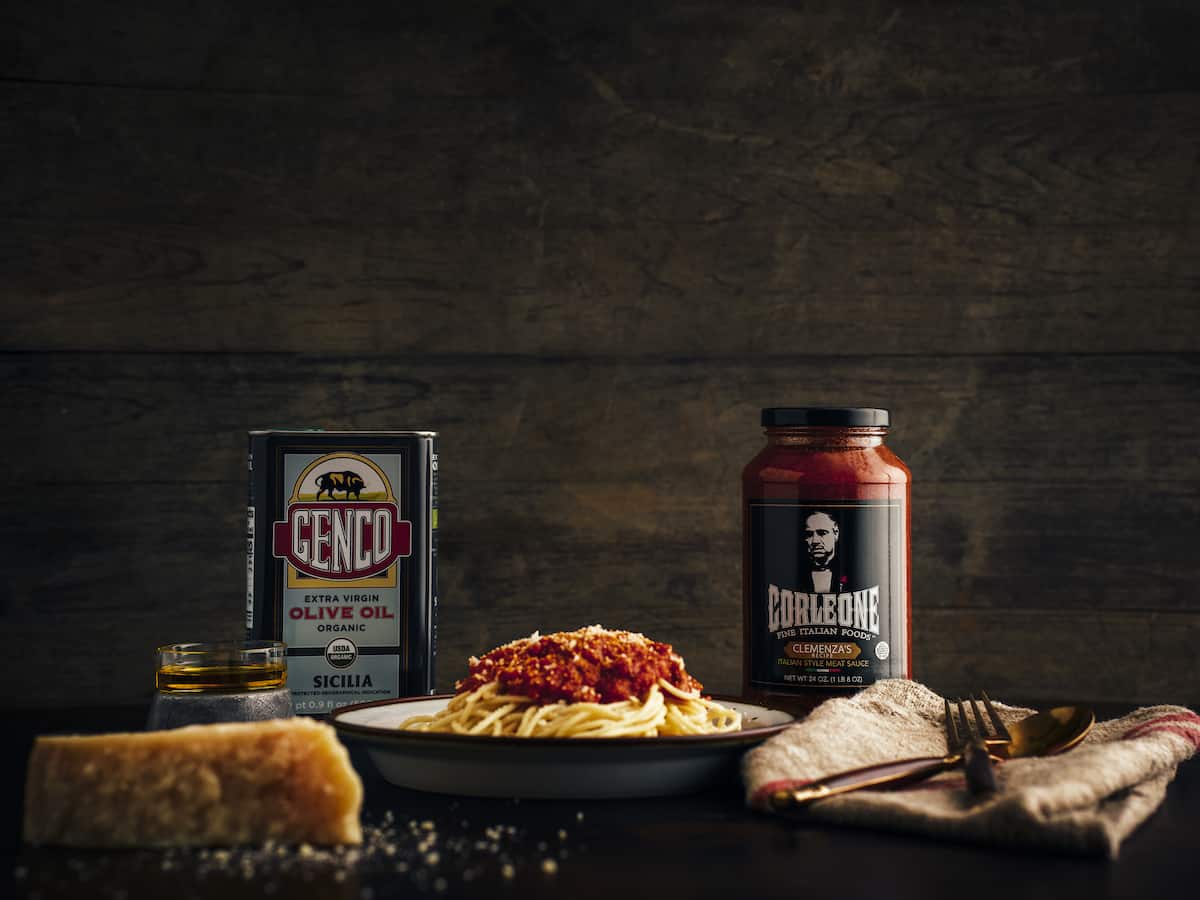 How did Gianni Russo become involved in the food and beverage industry?

With frequent trips to Sicily, Russo knew the Barbera family behind Genco Olive Oil, a family business founded in 1894. The tin of Corleone Fine Italian’s Genco Olive Oil that appears on screen is recognizable to fans of The Godfather because the Genco Pura Olive Oil Company was used as a front for the Corleone family’s criminal activities. “Genco Olive Oil became a signature brand within the movie itself,” says Russo.

And then there’s the sauce. “We all remember the scene when Clemenza [played by Academy Award-nominee Richard Castellano] is making the sauce for all the guys in the kitchen. He’s teaching Michael Corleone just in case he has to cook for a bunch of guys someday. So I figured there are so many signals here saying we have to do something.”

Russo and his partner, Managing Director Jeffrey Dash, were able to license The Godfather brand from Paramount Pictures with the hopes of capitalizing on the movie’s cinematic success and staying power. To do that, they collaborated with high-quality specialty food importers and manufacturers from Italy. The Corleone Fine Italian Fooda line debuted in November 2021 as the official culinary collection of The Godfather. The catchy labeling even features an image of Brando in the film.

“We are excited for the launch of Corleone Fine Italian Foods and their line based on The Godfather,” said Priya Mukhedkar, Senior Vice President, Consumer Products, ViacomCBS in a press release. “The Godfather is such an iconic movie that loyal fans know it by heart, so we had to make products that no one can refuse! 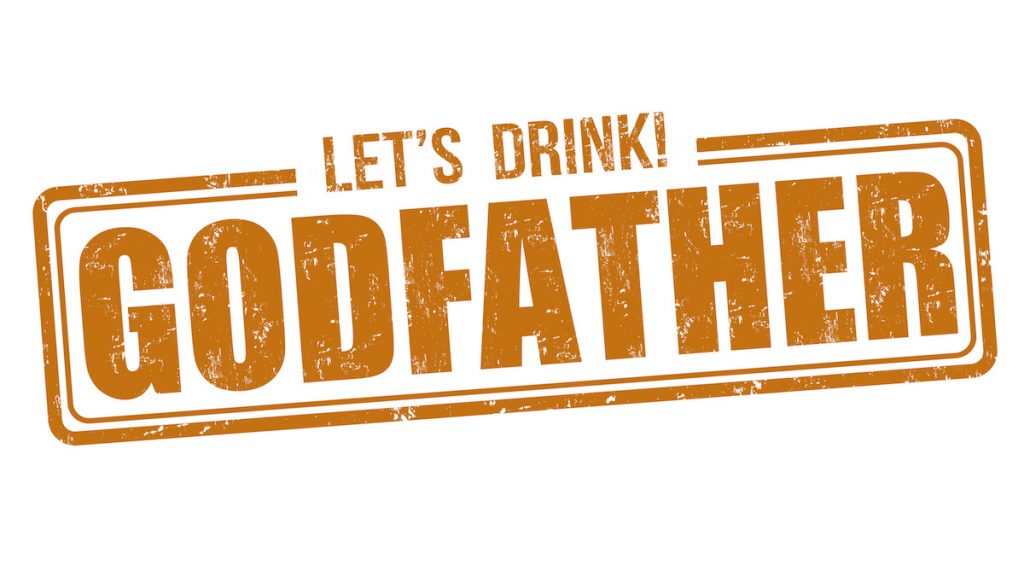 Variations on a theme:

The Godchild Cocktail replaces the scotch with cream.

As an Amazon Associate and member of other affiliate programs, I earn from qualifying purchases.

See the trailer of the new The Godfather trilogy on YouTube 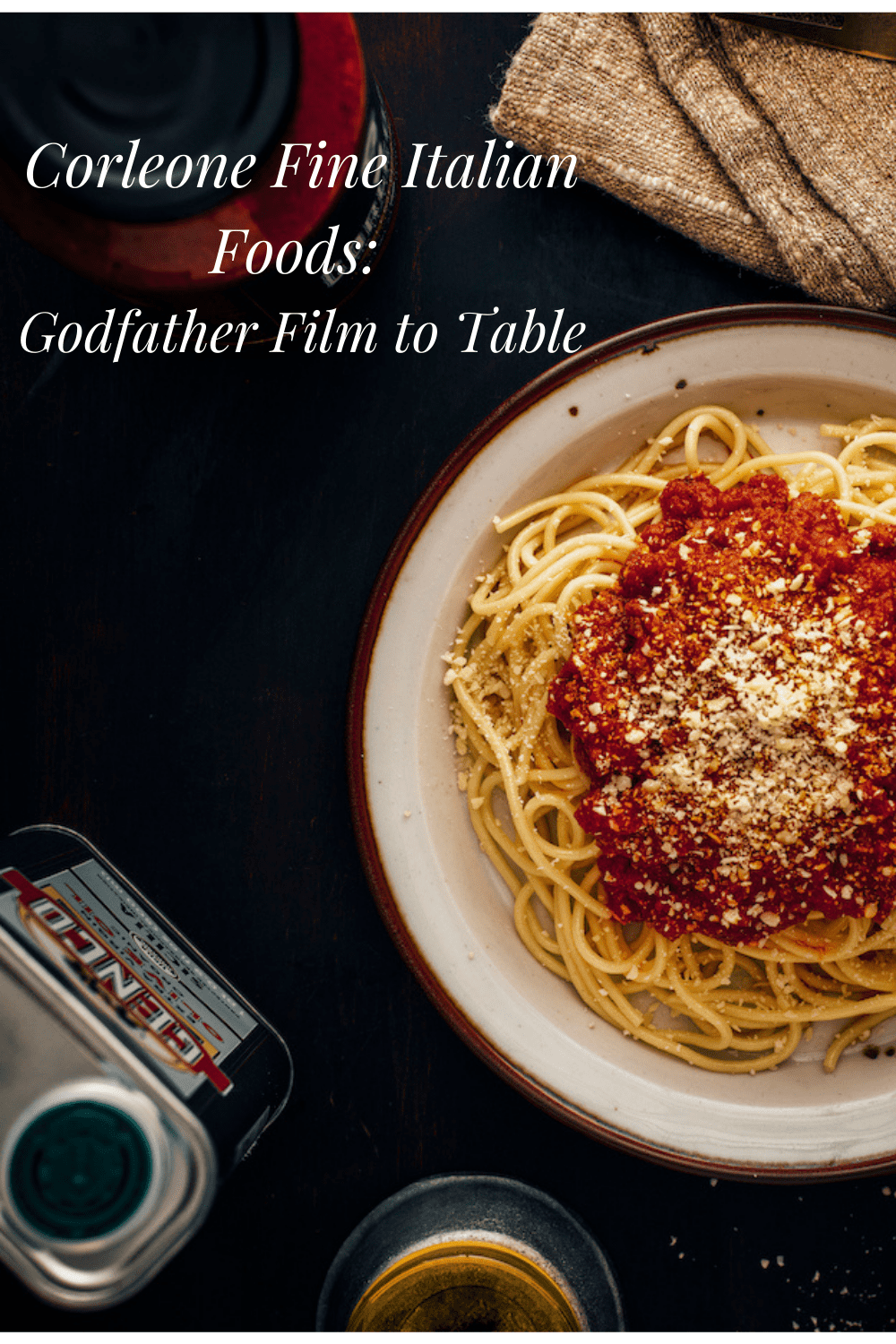 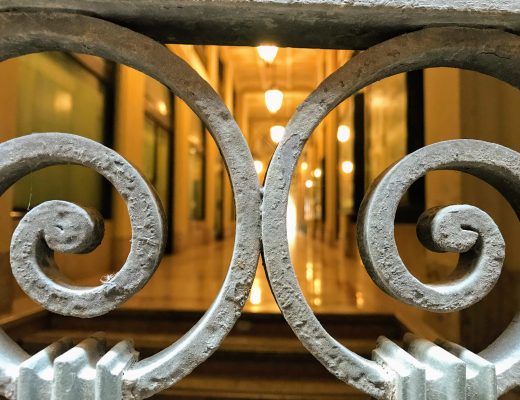 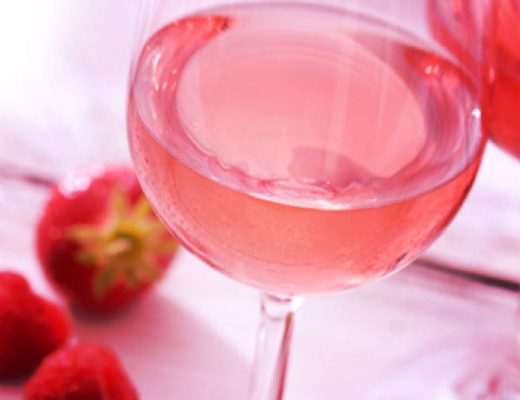 The Pink Wine Of Puglia: 6 Things to Know about Rosato 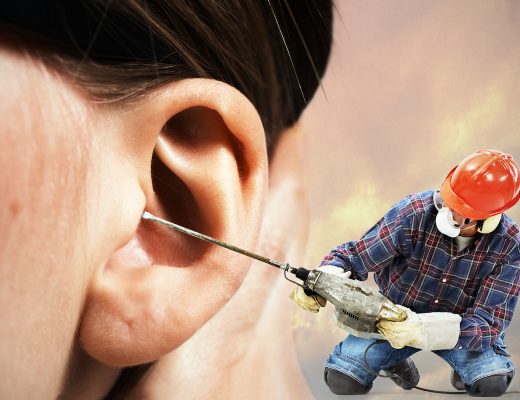 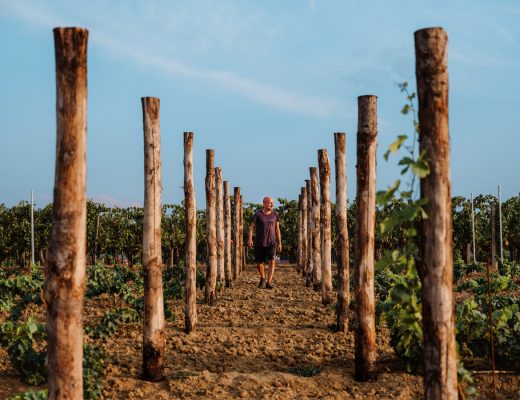