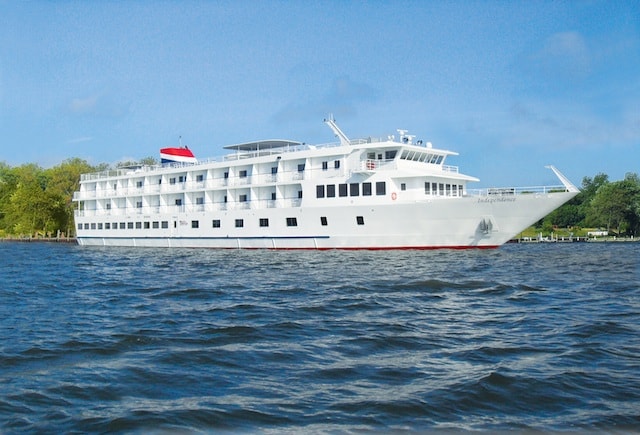 One of the nice things about being a travel writer and living near a port city like I do is that we occasionally get to visit ships in port. American Cruise Lines recently invited a small group of journalists to take a peek inside one of its ships, The Independence, when it was docked in New York.

Although younger passengers are welcome (even kids and teens), American Cruise Lines specifically targets mature travelers over the age of 55 who are interested in seeing the U.S. through its inland waterways and rivers. Its six U.S. registered vessels, all of them relatively new (or refurbished) and environmentally-friendly, include riverboats and small cruise ships. The oldest boat was built in 1999.

The family-operated company features 6, 7, 11 and 14-night cruises along 35 different itineraries, including voyages to Alaska, the Pacific Northwest, New England, the East Coast (including the Hudson River and Chesapeake Bay), the Southeast and along the Mississippi River.

The popularity of river cruising is increasing exponentially worldwide. A few of the notable features about this particular line:

The line’s vessels each carry between 49 to 150 passengers, facilitating an ambiance of intimacy and conviviality, especially on the smallest boats, which can have as few as 27 cabins. This type of cruising is well suited to intergenerational travel and to celebrate milestone occasions with family and friends. 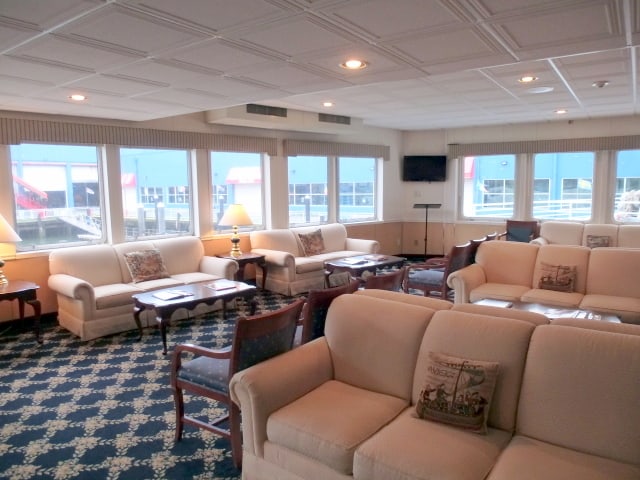 The staterooms are sized for comfort. Most have private balconies, large picture windows and roomy bathrooms. One of the writers touring the boat with me commented that the bathrooms were larger than the ones in her New York City apartment. 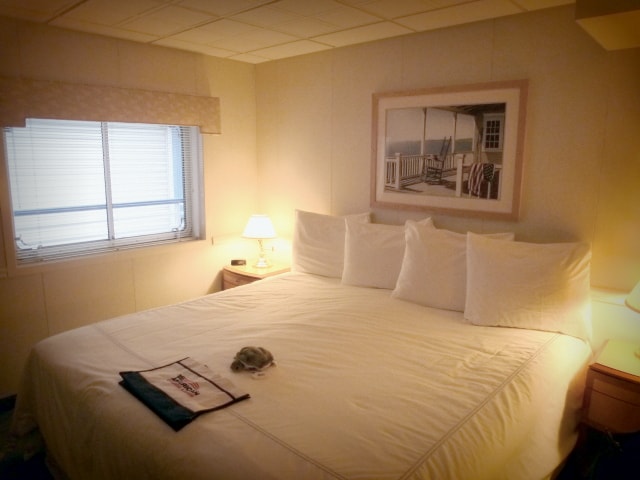 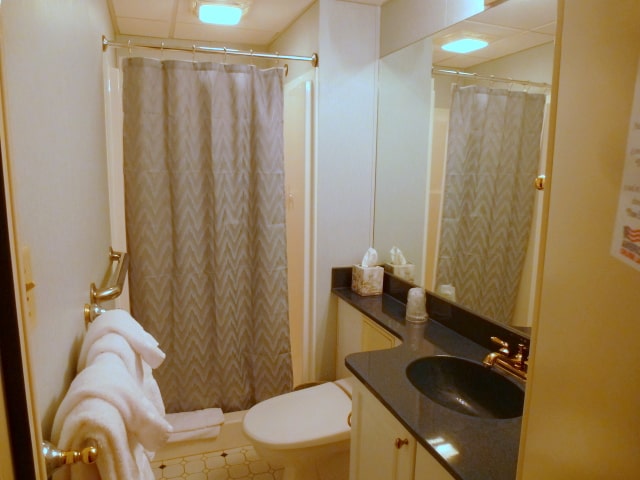 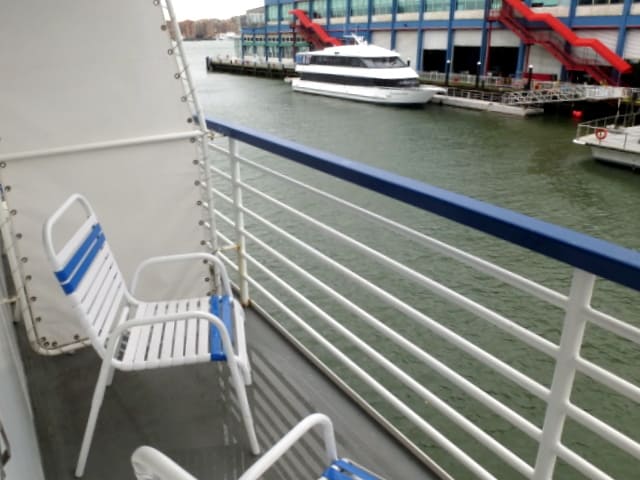 One of the balconies to watch the passing scenery

On the Independence, there are only two single cabins but about 15 percent of the cabins across the fleet offer no-supplement singles. This is a great option for passengers who prefer to travel solo. 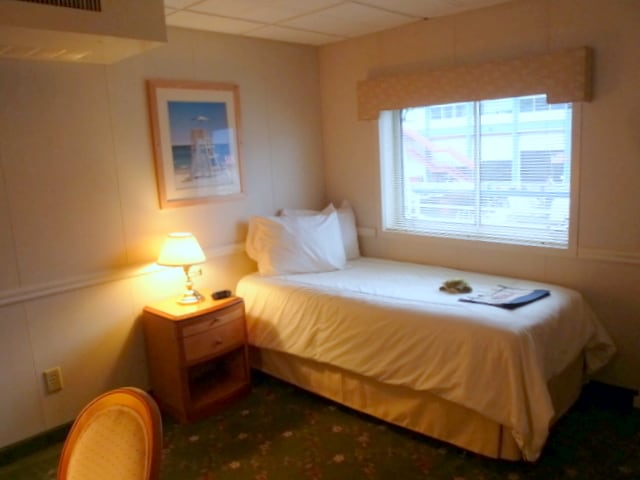 The dining rooms are large enough so everyone can be seated during the dinner hours without a reservation. Overseen by CIA-trained Executive Chef Thomas F. Leonard, the galley relies upon fresh locally raised produce, seafood and meats. Leonard describes the cuisine as “simple but elegant…old-world cuisine modernized.” 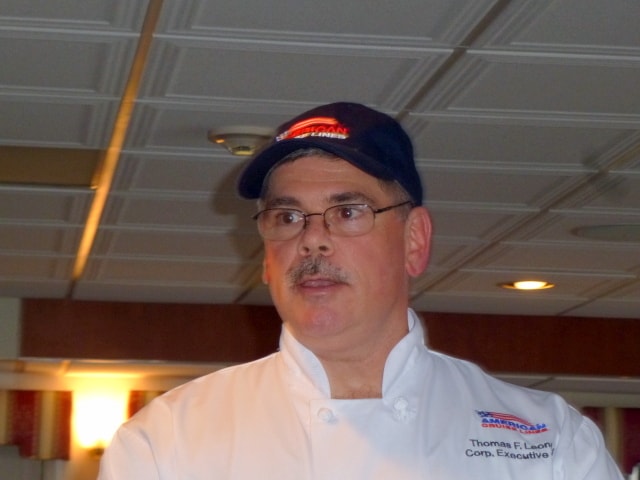 Don’t expect to find any rock-climbing walls, theaters, spas or casinos are on-board these ships. The passengers are more likely to be interested in the history, nature, scenery and culture of the places they’ll be visiting along the way. Anyway, most of the voyage is actually spent at ports. Many of the cruises are themed, including itineraries centered on Mardi Gras, the Civil War, Mark Twain and Wines. 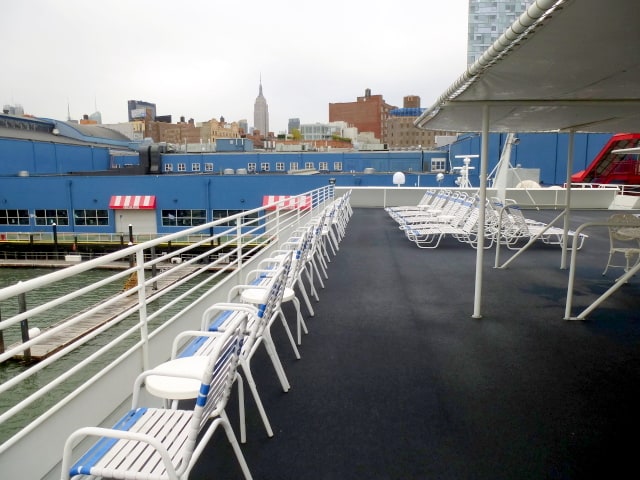 I never got to leave the Pier 60 but decided American Cruise Lines must be doing something right on their ships designed for baby boomers. More than 40 percent of their guests are repeat passengers.

Connecticut-based American Cruise Lines is the largest U.S. cruise company. Expanding rapidly, it is planning to add a total of five more riverboats and small cruise ships to its fleet between now and 2015. Its newest ship, the Queen of the Mississippi, an authentic paddlewheeler, was built in 2012 and accommodates 150 passengers. 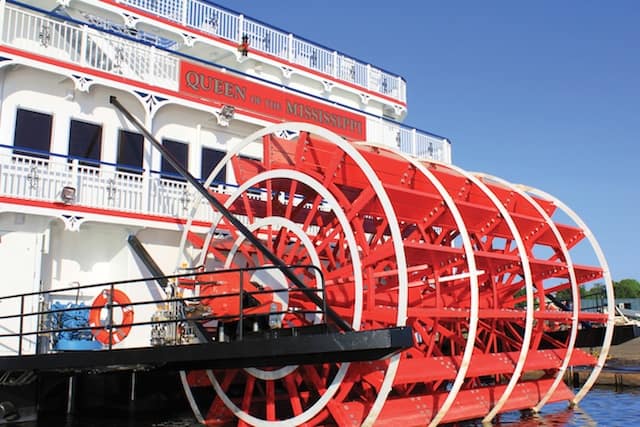 Previously on More Time to Travel: Back on the River: The American Queen Steamboat 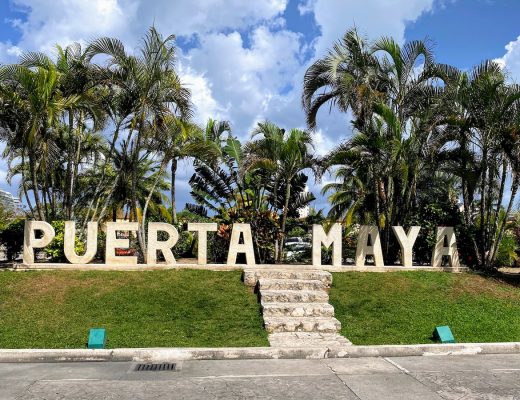 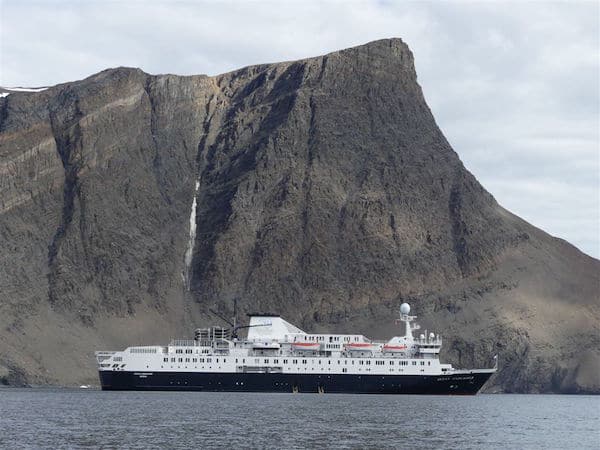 An expedition cruise adventure in Newfoundland, Labrador and Greenland 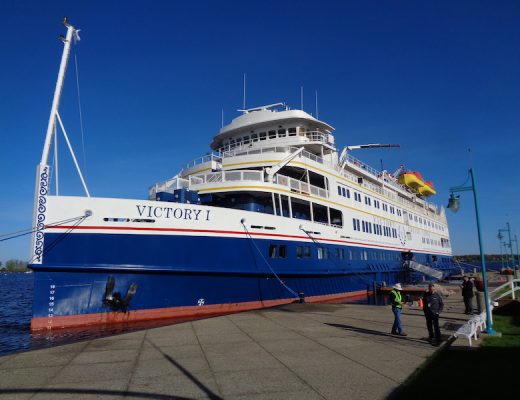 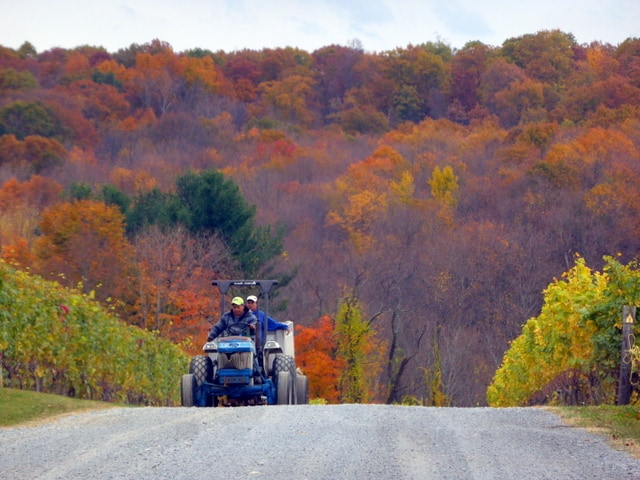