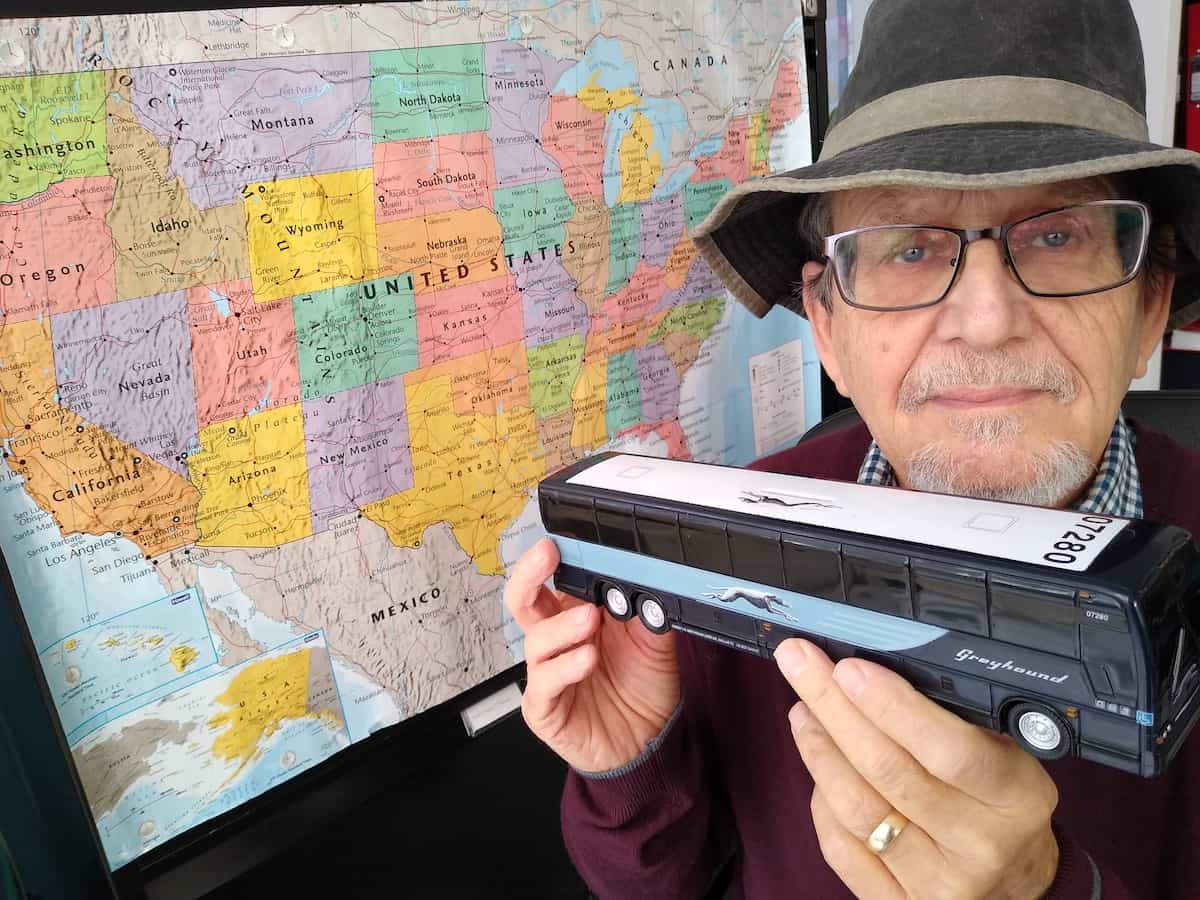 People often send me emails offering to write guest posts for MoreTimeToTravel. Usually, I refer them to our guest post policies and most times, never hear from them again.

But this time, I was intrigued by a lovely note I received from a retired British journalist and author who asked whether our readers would be interested in his story. Tim Albert introduced himself as an “old English buffer,” and a 72-year-old boomer.

He went on to explain that instead of taking a more conventional—and comfortable—holiday last year, he decided to embark on a Greyhound bus adventure around the U.S., similar to the trip he took in 1969 at the age of 22.

The trip not only provided Albert with opportunities for self-discovery but also allowed him to observe how bus travel had evolved over a half century, and witness the dramatic cultural and political changes that had taken place in the U.S.

Albert has turned his travel reflections into a book, called Two Summers: Nixon and Trump by Greyhound, which will be published by Elbow Publishing on July 1, 2020.

I’m sure you will enjoy Tim Albert’s essay as much as I did! 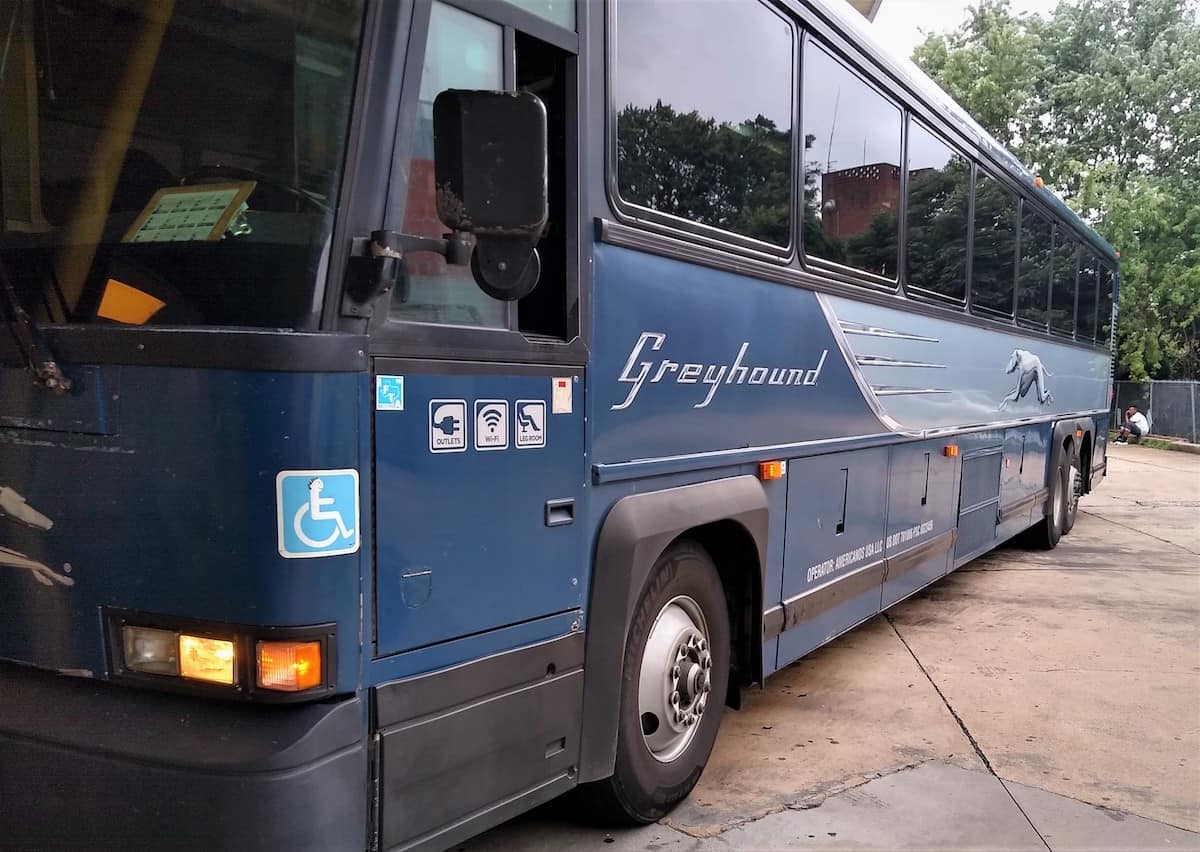 Sometimes you stumble on an idea that is so good that you can’t talk yourself out of it.

That is why I found myself, at the age of 72, boarding a plane on July 1, 2019 that took me from Heathrow Airport in London to JFK Airport in New York City. I took along two blow-up cushions, two 1960s guidebooks, and a 30,000-word diary from the 12,000 mile Greyhound bus trip I had taken some 50 years before, almost to the exact day. 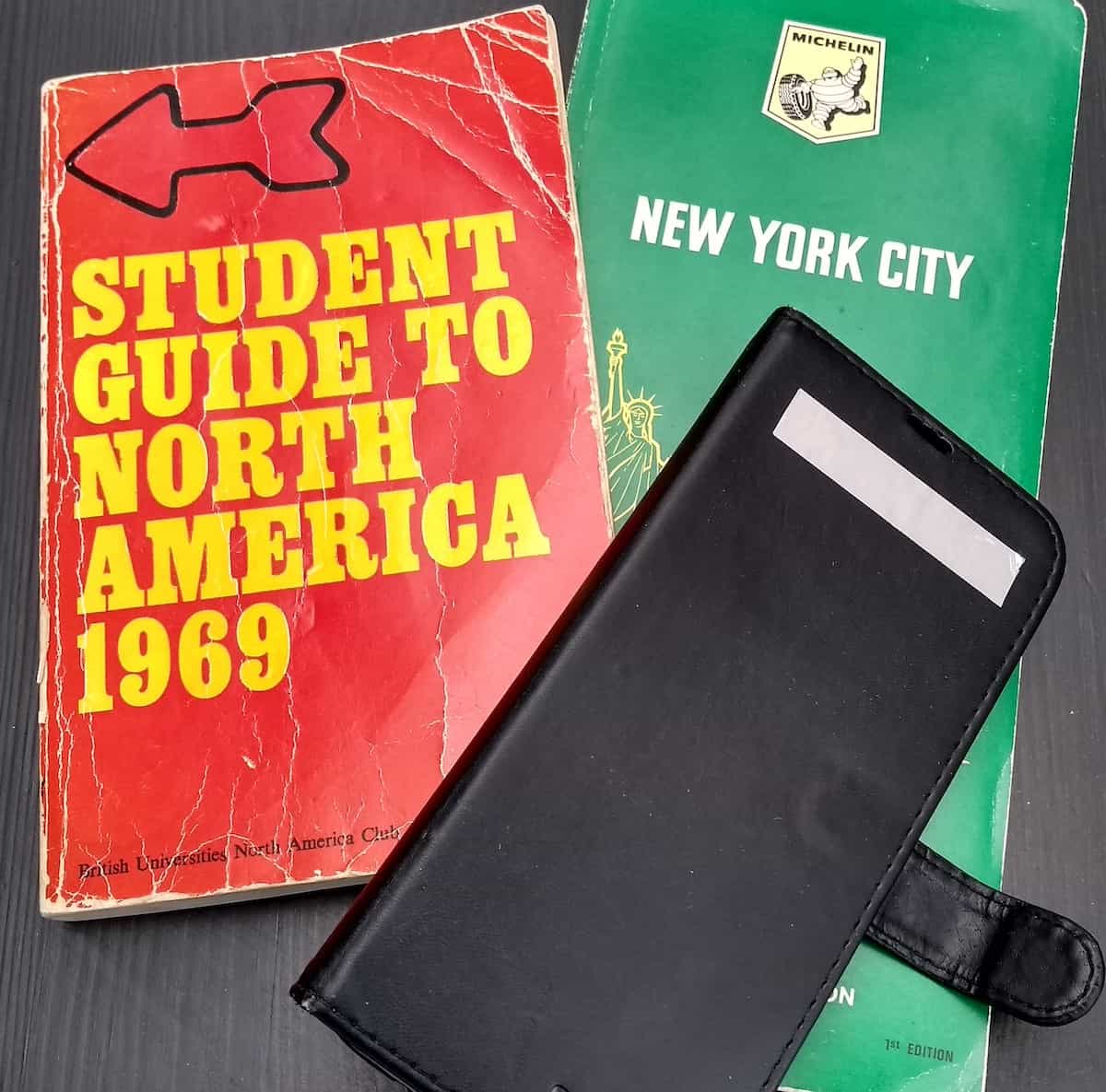 Some of Tim’s trip essentials

That flight in 1969 was on a plane chartered by the British Universities North American Club, a student-run organisation that enabled thousands of young Brits to make the grand tour of the most famous country on earth. 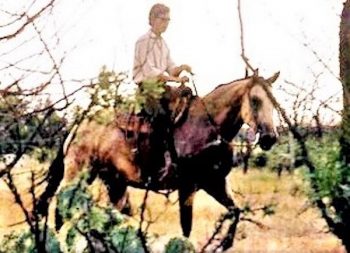 Old photo of Tim in Texas

I saw the sun rise over the Grand Canyon and Niagara Falls, and set sail off the coast of Long Island. I rode a horse in Texas, lost my meager stake without a single win in Las Vegas, and marvelled at the whizz-bang technology and artificial grass of the Houston Astrodome (cleaned with beer and kept together with a zipper, imagine!). After that I settled down to a career in journalism and then a gentle retirement tending my garden.

The notion that I should celebrate my golden jubilee year by doing it again came into my head as I was sitting in my dental hygienist’s chair—and it refused to budge.

Cautiously, I made some plans. I decided to travel for 60 days, divided into two stages. The first stage would take me from New York to Florida and Texas, and after a short break, I would go from Los Angeles to Boston and back down to New York. Unlike last time, when I slept on the buses to save money, I would spend each night in a bed. Definitely.

I splashed out on electronic gadgets that I couldn’t yet use, and hired a personal trainer to repurpose my body for sitting on buses. My British contemporaries, many of whom had also ridden Greyhound buses in their youth, were impressed; my American wife’s family feared for my life.

But I survived. Some of the bus stations felt a little edgy but aboard the buses, I felt safe enough, thanks to the skills and tact of the drivers. The buses were surprisingly comfortable, and the worst incident came when we made an unscheduled stop to transfer into an ambulance a young man with dyed hair and a trilby hat who had been groaning in the aisle.

I struggled with electronic ticketing. In 1969, I bought a single pass for the whole three months; this time, I was forced to log on to a complicated website to research and book each trip one by one. The site crashed regularly, presented me with problems (such as showing me a bus route into a town but not one out), and occasionally ‘lost’ the tickets I had just painstakingly bought. Sensibly I took paper copies, which I often brandished.

What I missed this time round was the vibrant on-board social life. In 1969, my diary records conversations with farmers, architects, students from all over the world, veterans going to and from the Vietnam war, and more. Now each passenger is locked in their own cell phone bubble.

Luckily, the world outside still provides a mass of compensations. I admired the lively street scene at St Petersburg (described cruelly by my younger self as where Americans go to die) and the restoration of the Queen Mary at Long Beach (previously seen as a de-funnelled rusting hulk).

More seriously, I sat at a reconstructed Woolworths counter to learn about the civil rights movement, cowered amid the storm at the Hurricane Katrina exhibit in New Orleans, and stood in respect at the 9/11 and Vietnam War memorials.

One morning in Orlando, seeking a shop that would sell me sandwiches for my journey, I came across two ladies. ‘Can you tell me where to get food?’ I asked. They immediately dipped into their handbags to offer me money. I declined, of course, but it brought home to me something that had impressed me in 1969 – the generosity of individual Americans.

My two standout memories were also at both ends of the day: steaming in a long straight line through the Mojave desert as the sun set in all its glory; and winding through narrow roads in the Catskills as a rising sun poked through the early Autumn mist to shine on the early autumn foliage.

I am pleased I conquered my doubts and went. I’m not sure I would have the energy to do it all again, but there are plenty of places I would like to return to in shorter bursts. I’d happily board a Greyhound bus again – as long as I could figure out the timetables well enough to avoid the 12-hour journeys. 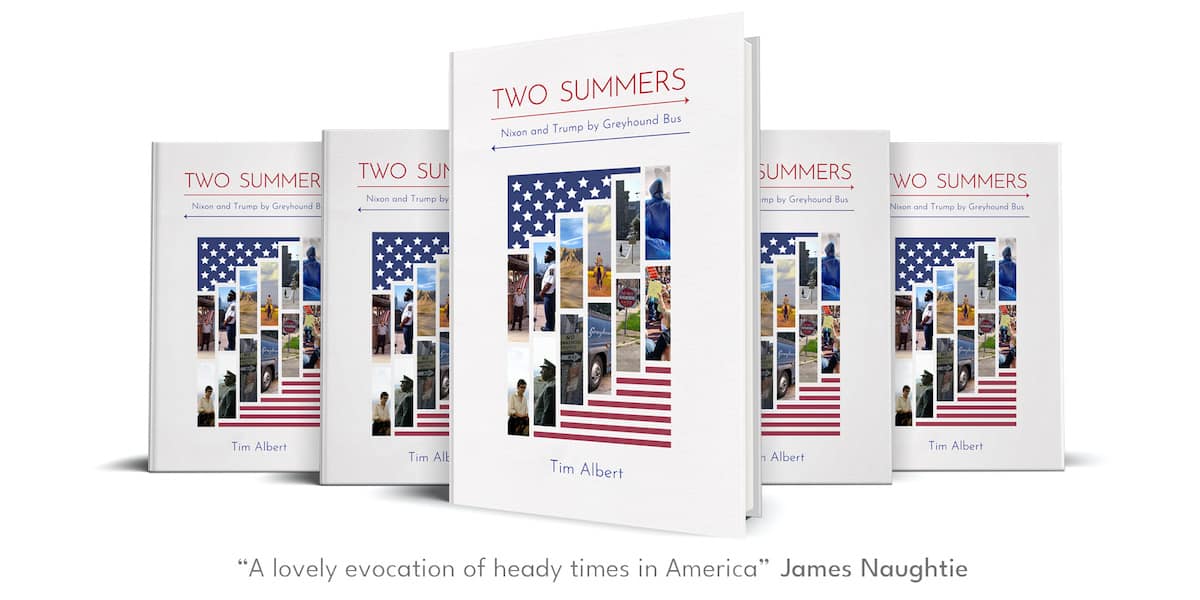 Contact Tim to find out about attending the July 1 Zoom launch of his book, Two Summers: Nixon and Trump by Greyhound Bus. 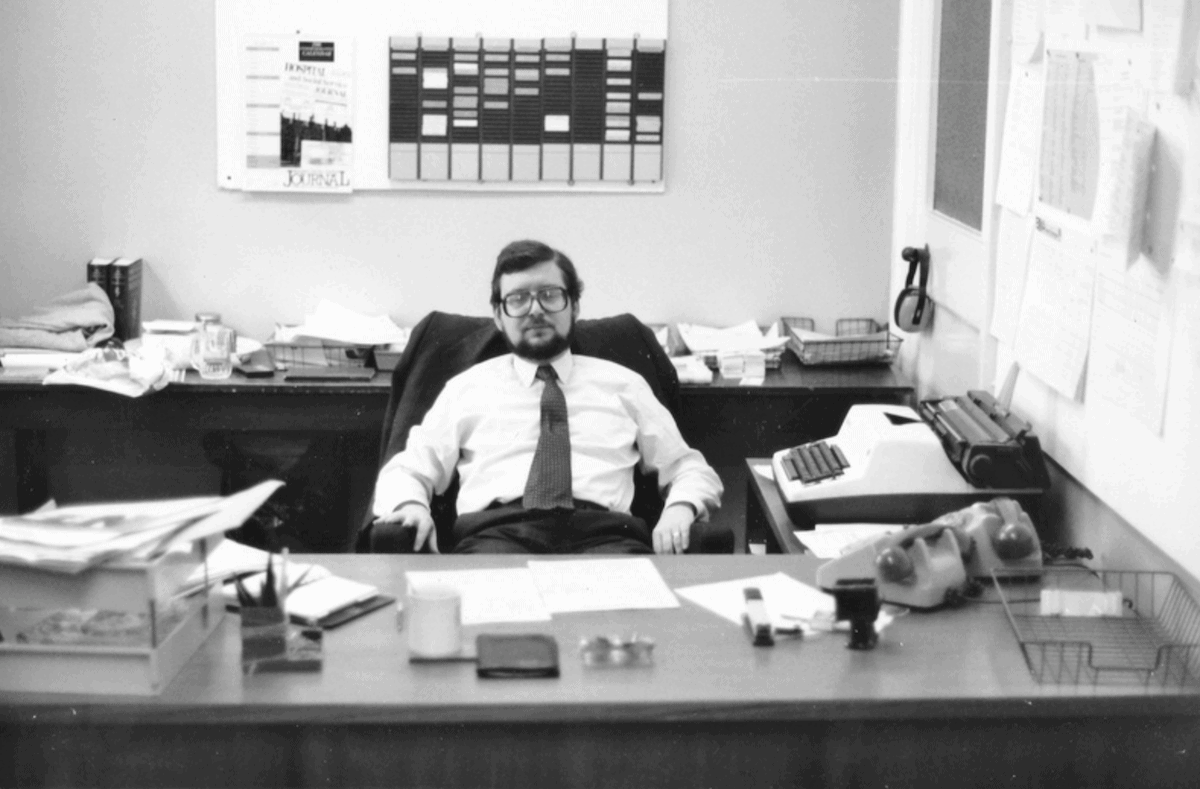 Tim in the 1980s, when he was editing the British Medical Association’s membership magazine 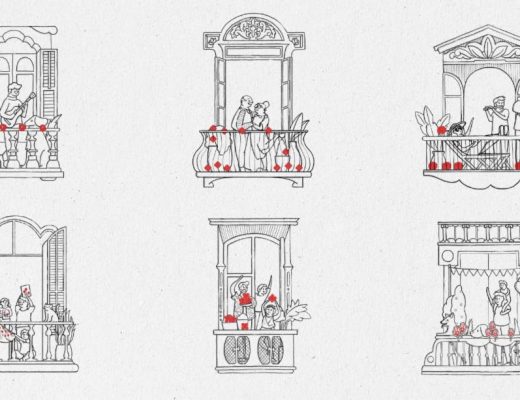 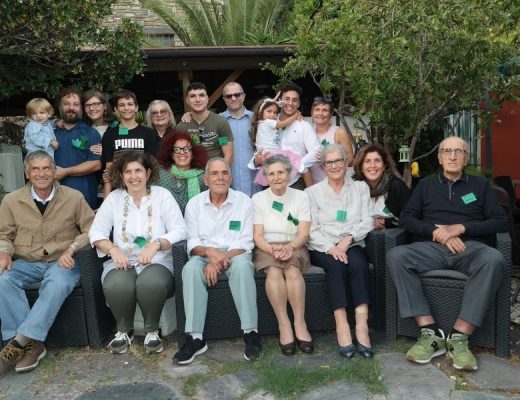 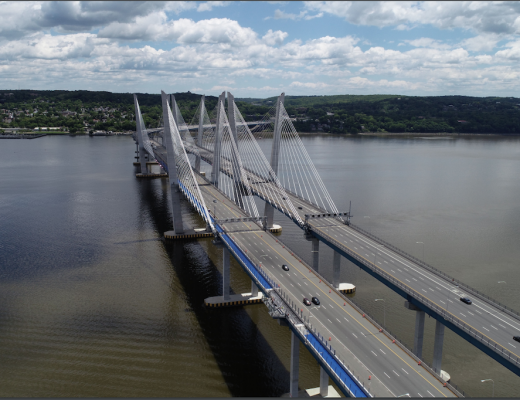 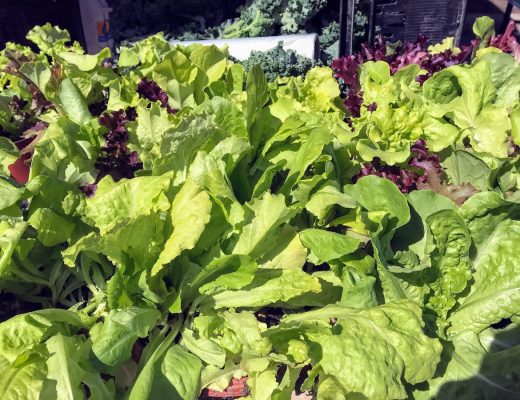 Is It Safe To Shop At Farmers Markets During The Pandemic?