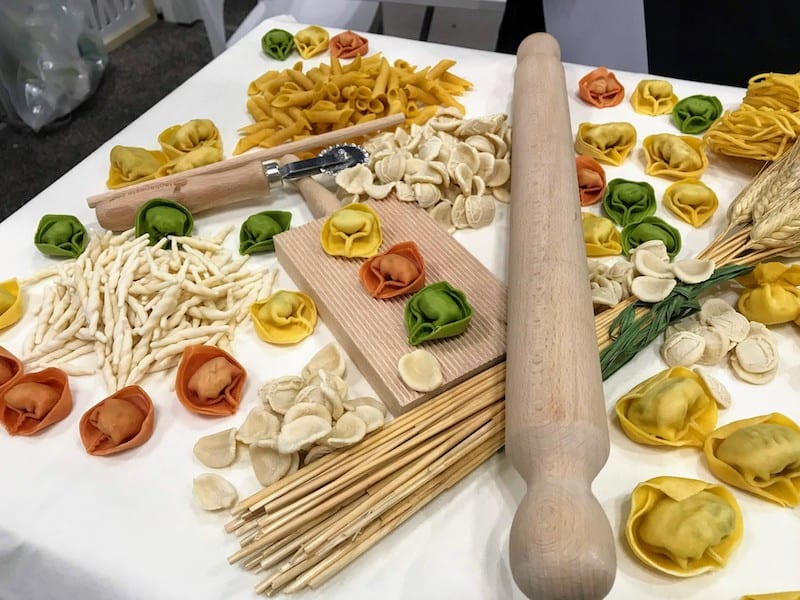 Or for that matter, wherever you travel in Italy or anywhere elsewhere in the world, you’ll find that locals have different customs and traditions than your own. Experiencing different cultures is one of the allures of travel.

But because Italy is so food-centric, rules about what and how to eat have been ingrained for generations. Of course, food rules vary among regions (The country was only unified to become Italy as we know it today in 1861). For example, even the types of pasta and breads consumed in different parts of the country vary from place to place.

Italian food rules are always somewhat of a generalization because they aren’t written in law and aren’t observed by everyone. But if you want to eat like a local, here are some rules to follow: 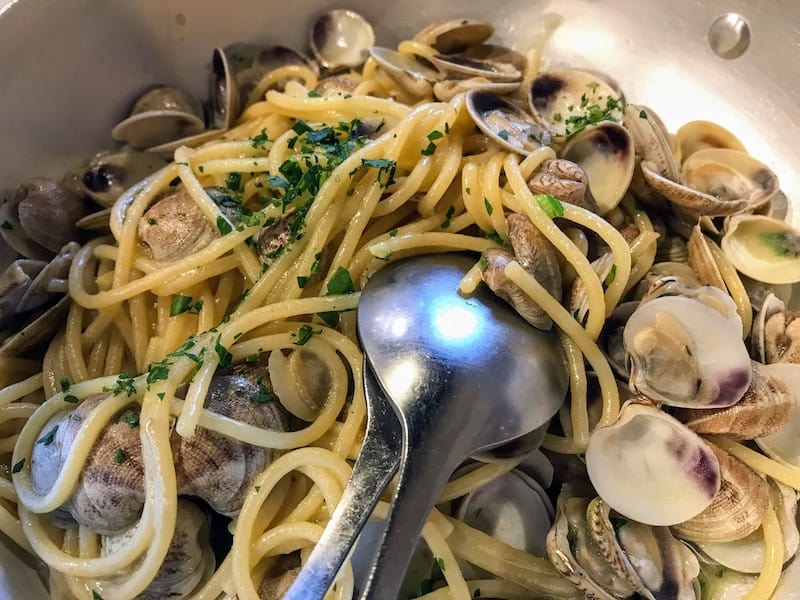 While grated cheese works well atop most pasta dishes, don’t even think of asking for grated cheese on top of your seafood pasta. Cheese doesn’t go with fish.

The reasoning? Fish is delicate and cheese is strong, which obscures the flavor of the fish, cookbook author Julia della Croce, an expert on Italian cuisine told AtlasObscura.com.

Food rule #2 – Cappuccino is only a breakfast drink 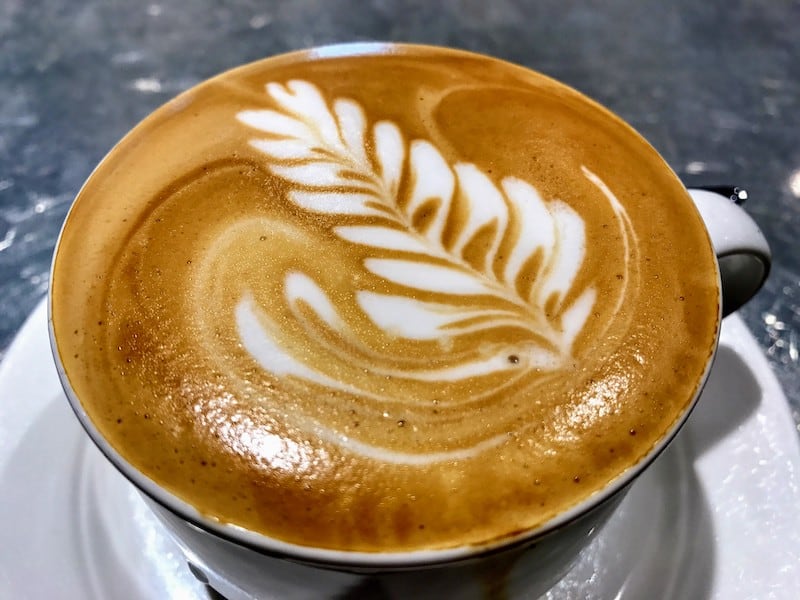 Most Italians won’t drink cappuccino, considered a breakfast drink, after 10 AM. If someone is jetlagged or woke up late—perhaps, they’ll stretch the window until noon.

But ordering a cappuccino after that, and particularly after dinner, is simply cringe-worthy. Italians believe the rich foamy milk of the drink interferes with digestion. Of course, it’s never consumed with lunch or dinner either.

Food rule #3 – Pasta is usually a first course, not a main dish or a side dish 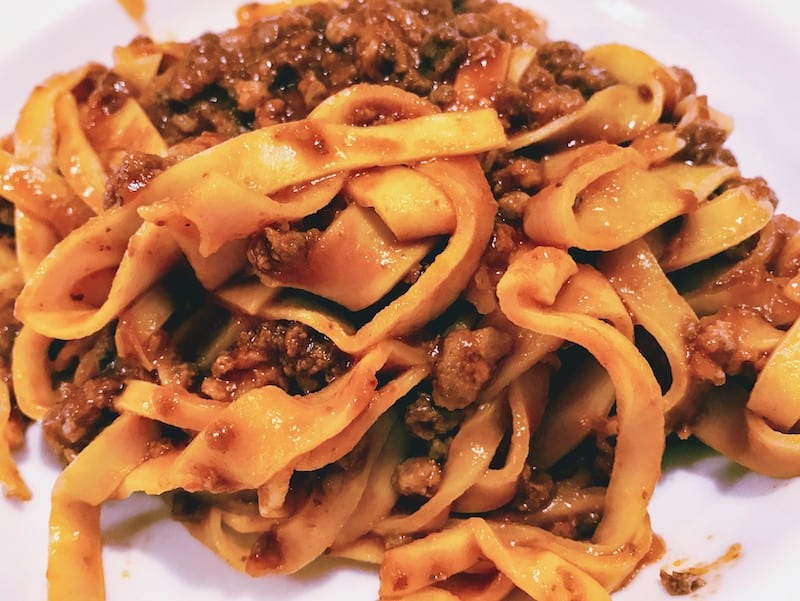 At lunchtime, pasta is often eaten as a main dish. Lunch portions of pasta tend to be heartier than those served as first courses at dinner. 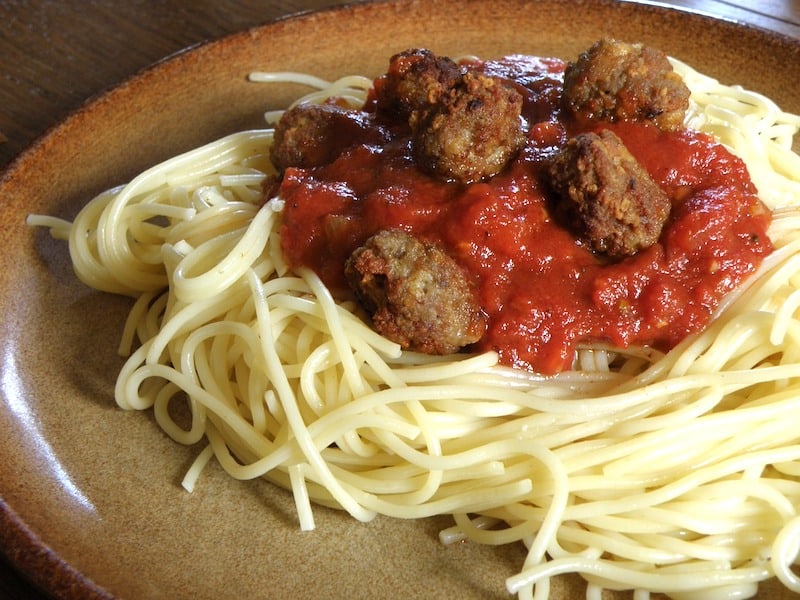 Spaghetti with meatballs is an Italian-American, not an Italian dish

While a dish of spaghetti and meatballs is an Italian-American favorite, most Italians living in the homeland eat their pasta as a primo and enjoy their meatballs (polpette) as a secondo.

Writing in Smithsonian.com, Shaylyn Esposito suggests that one reason spaghetti got coupled with meatballs was that Americans were used to have a starch with their meal. Another Italian food fact: Italians don’t eat pasta and meat off the same plate.

Food rule # 5 – Don’t use a knife to cut spaghetti, or break spaghetti in half before boiling it 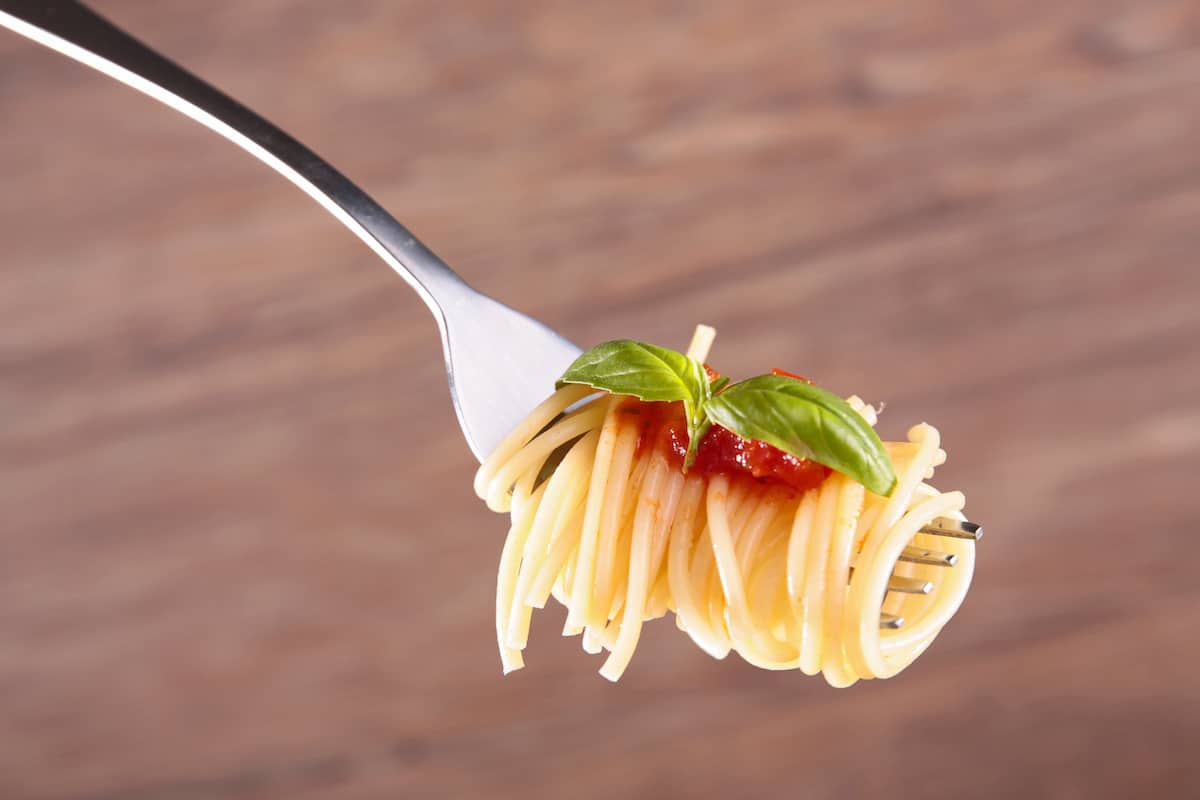 Never use a knife to cut spaghetti; twirl it on your fork

As you might presume by now, Italians are serious about the ways in which pasta should be prepared and consumed. While it isn’t illegal to cut spaghetti with a knife (as often asked) or to break it in half for cooking, it simply isn’t acceptable to do either one. In fact, spaghetti is easier to eat when you twirl the long strands around your fork.

If you need help doing that, your plate is the preferred “assist” as opposed to a soup spoon. In fact, a survey by YouGov listed using a knife on pasta as one of the top “crimes” committed against Italian cuisine. 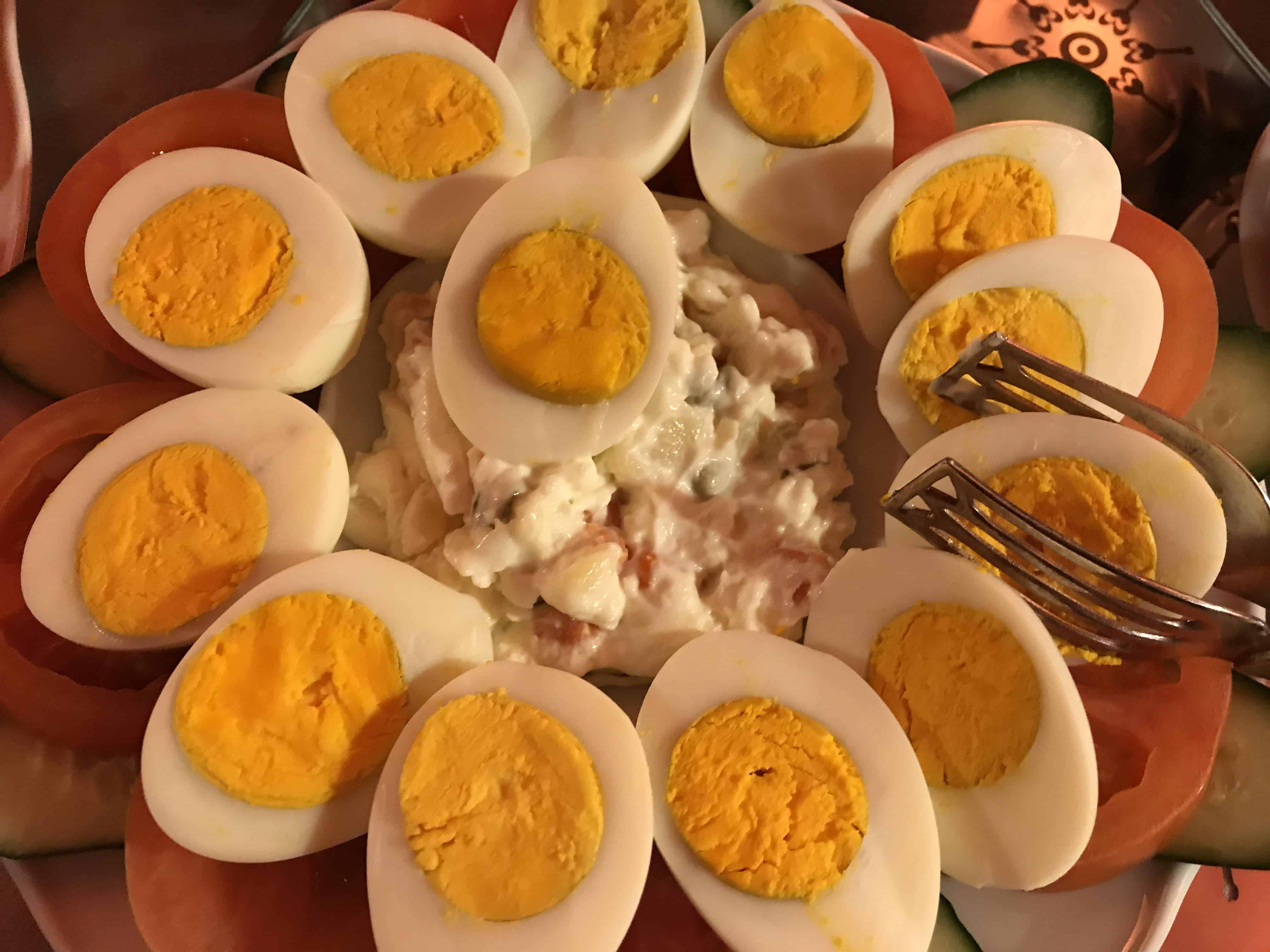 Just because eggs are often served on breakfast buffets at Italian hotels, don’t be misled. Italians don’t eat eggs for breakfast. They’re considered too filling so early in the morning.

An Italian breakfast is generally simple and quick, usually a hot coffee-based drink with a sweet pastry, croissant or roll, or slice of bread with jam. Italians are more likely to eat eggs for lunch, sometimes in the form of a frittata. Those hotel buffets menus are geared to please international travelers rather than Italians. 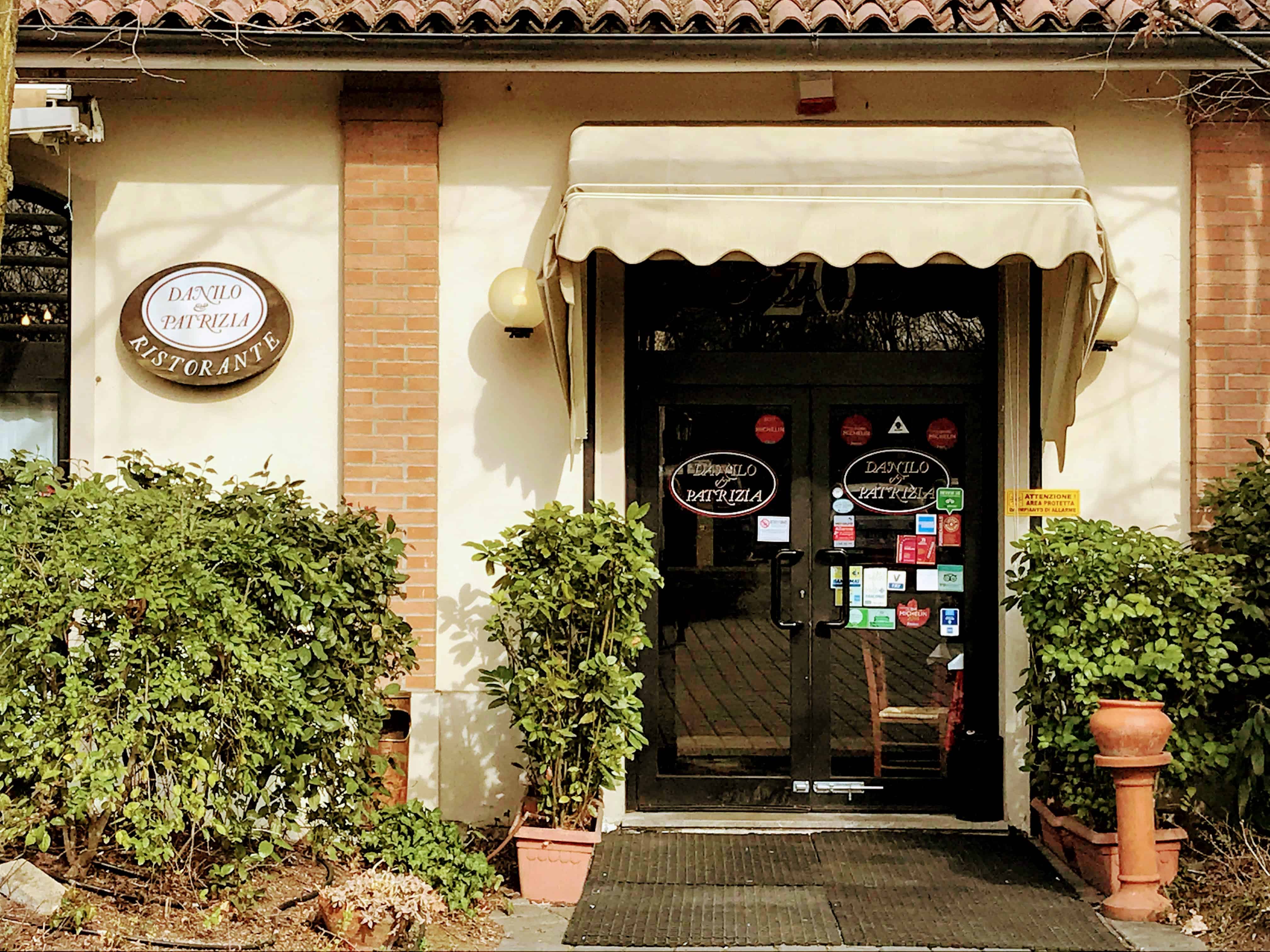 Italians tend to eat later than Americans, usually about 8 PM or after. In fact, if you are visiting Italy, you aren’t likely to find a restaurant open for dinner before 7 PM. 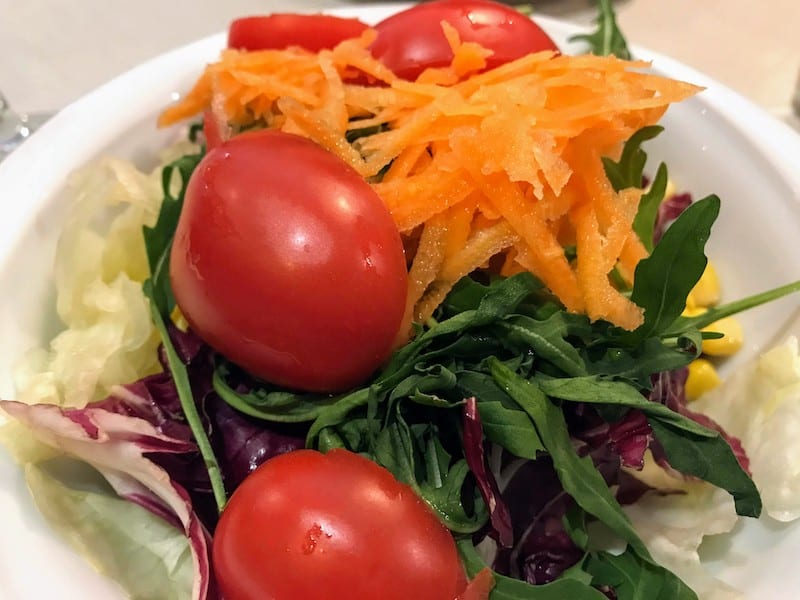 While Americans are used to a variety of salad dressings, Italians don’t use bottled dressings. In Italy, there’s no such thing as Italian dressing or Caesar dressing. (The origins of the latter are said to be in Tijuana, where an Italian-American restaurateur created Caesar salad.) 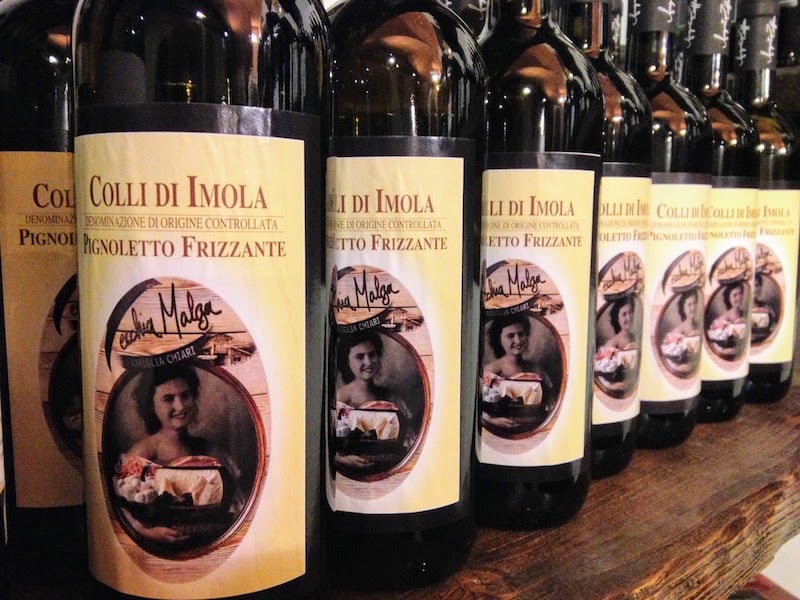 While Coca Cola and other soft drinks are available in Italy, Italians never order these sugary drinks with their meals. They always drink wine or water. The reasoning: Soda detracts from the flavor of foods.

Also, Italians never drink coffee with a meal, only afterward. An exception, however, it’s okay to slug soda or beer with pizza. 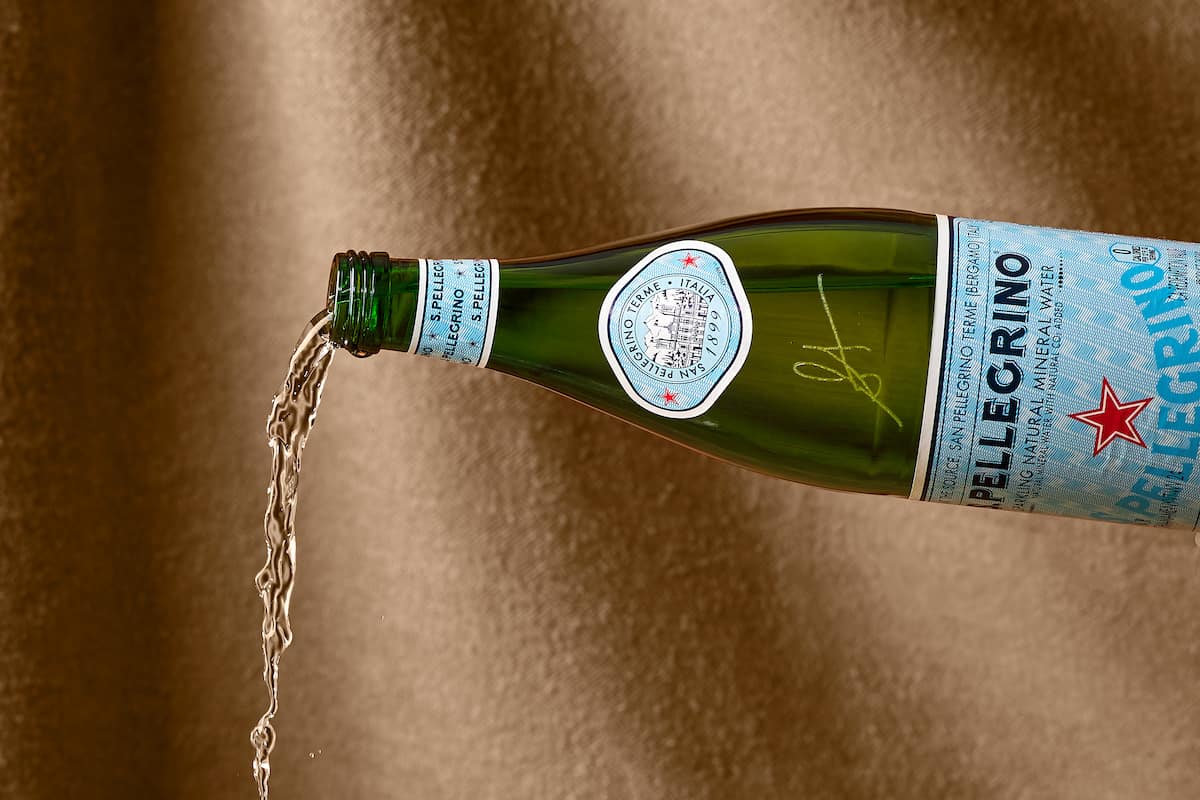 Although it’s usually safe to drink the water in most places in Italy, Italians waiters always ask guests the same question when they sit down at a table—Con gas (frizzante) or senza gas (naturale)?

Mineral water not only tastes better (thus, enhancing the taste of an already delicious meal) but also has some purported health benefits. And, if one person at the table prefers bubbles and the other doesn’t, it’s proper etiquette to order a bottle (or half-bottle) of each. 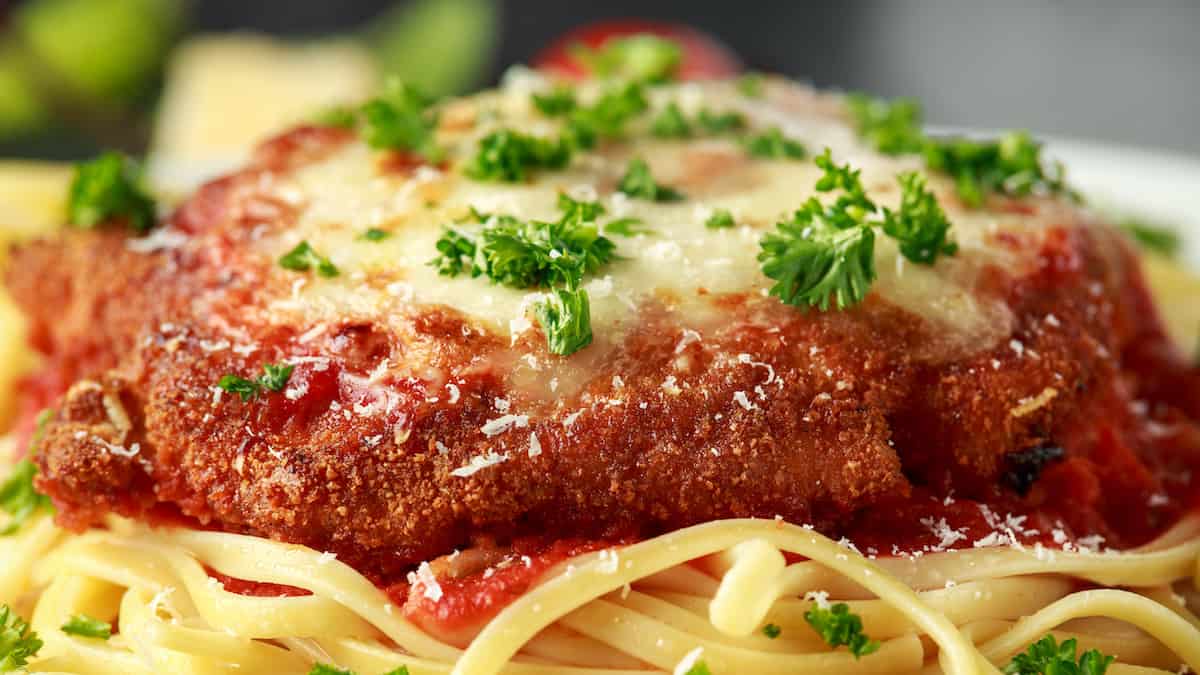 There is nothing objectionable about eating Italian-American dishes when you’re dining in the U.S.

Italian-American foods are a fusion cuisine that occurred when immigrants from Italy adapted their recipes to American ingredients, cooking methods and tastes.

But when in Italy, don’t make the mistake of asking for dishes that aren’t made there. Some examples: Lobster Fra Diavolo, Eggplant Rollatini, Chicken Parmigiana, Manicotti, or Pasta Primavera.

When it comes to Italian food rules, there are always some exceptions!

See my article on Forbes.com: 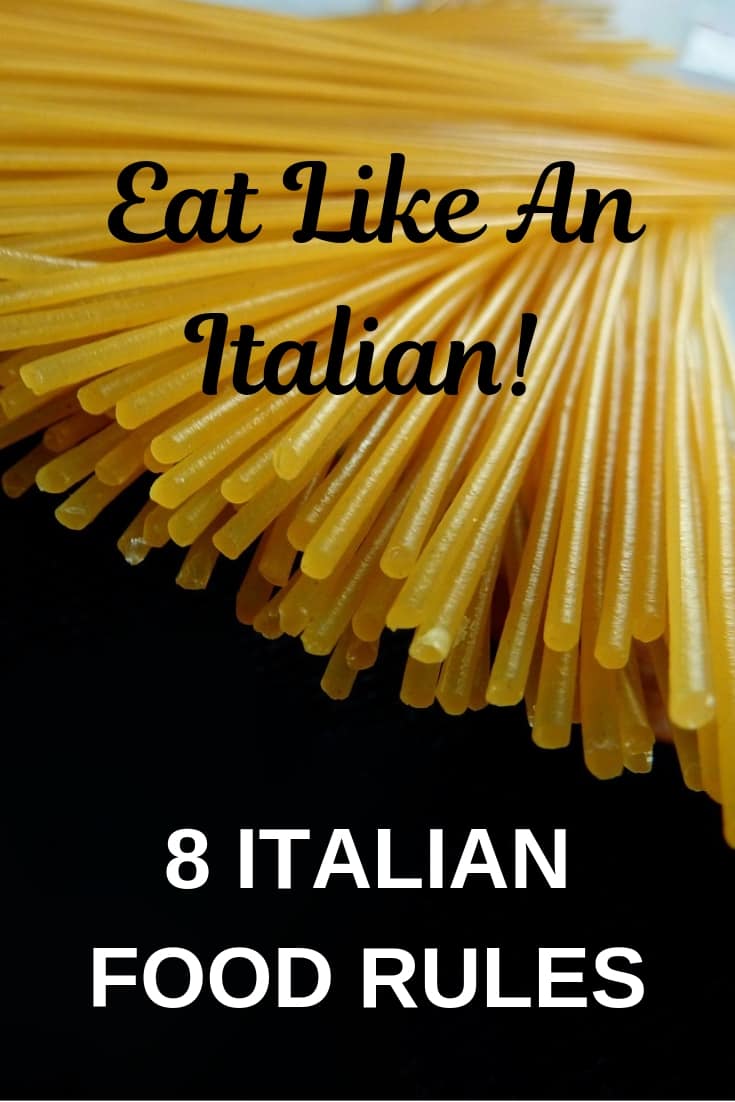 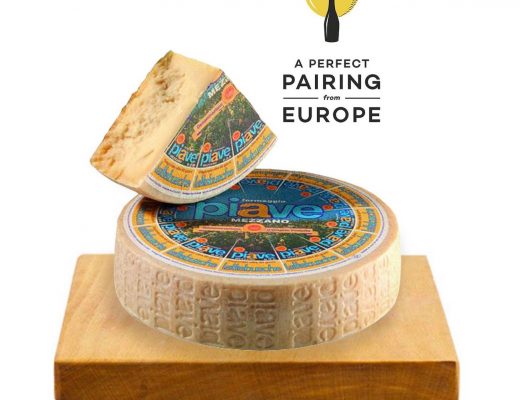 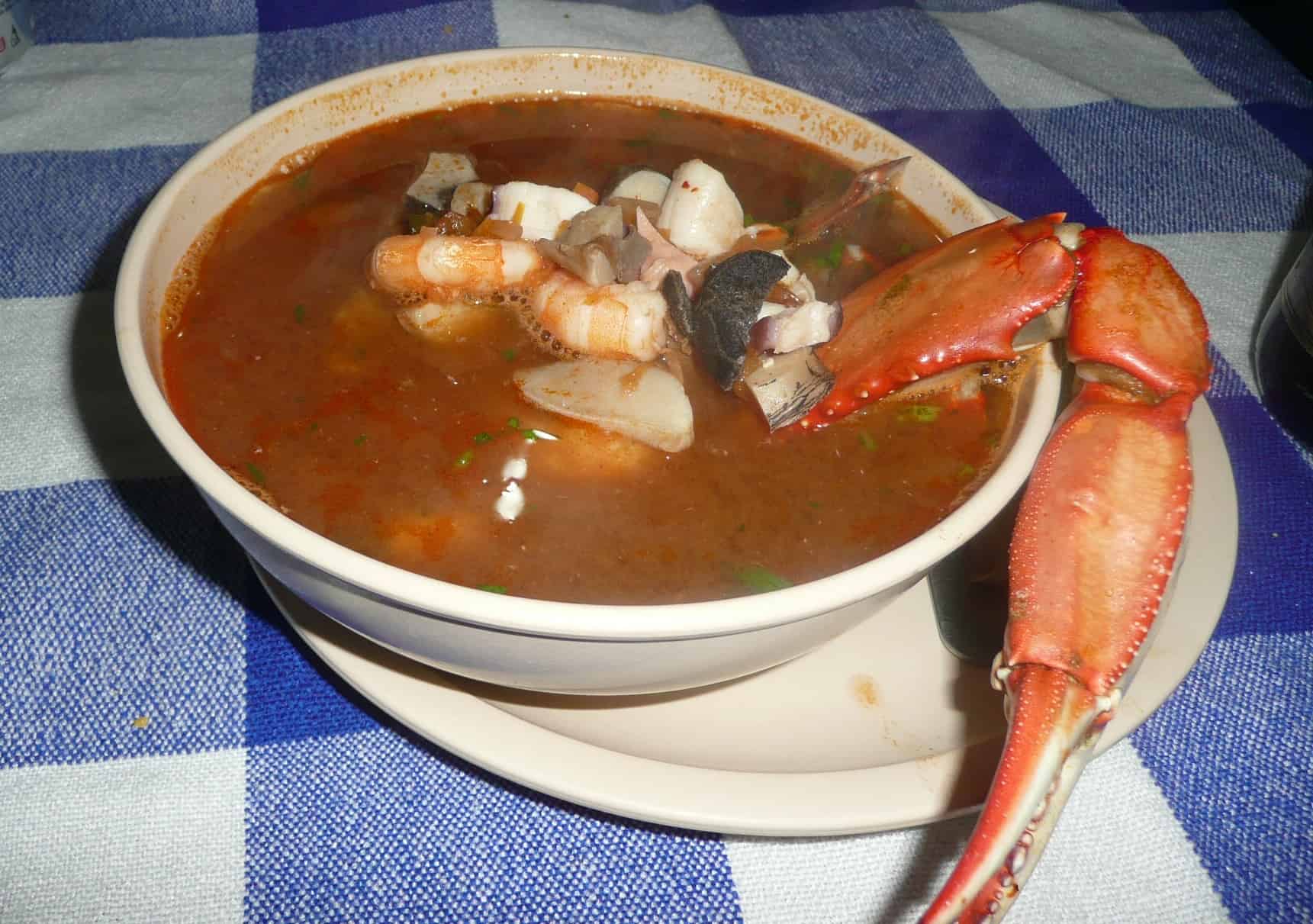 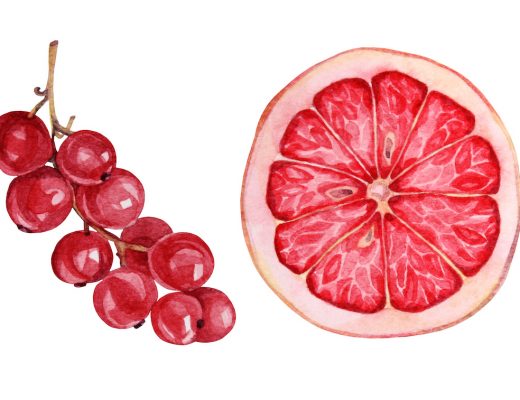 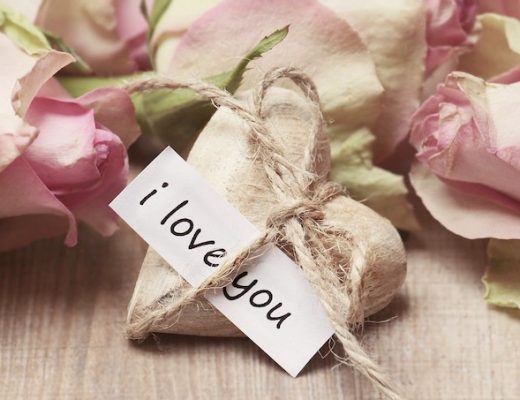 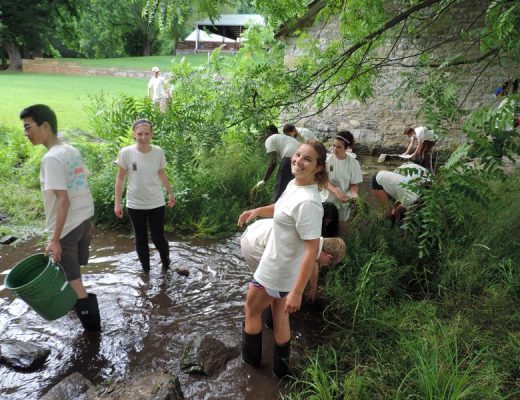 10 Reasons Everybody Should Volunteer Abroad At Least Once